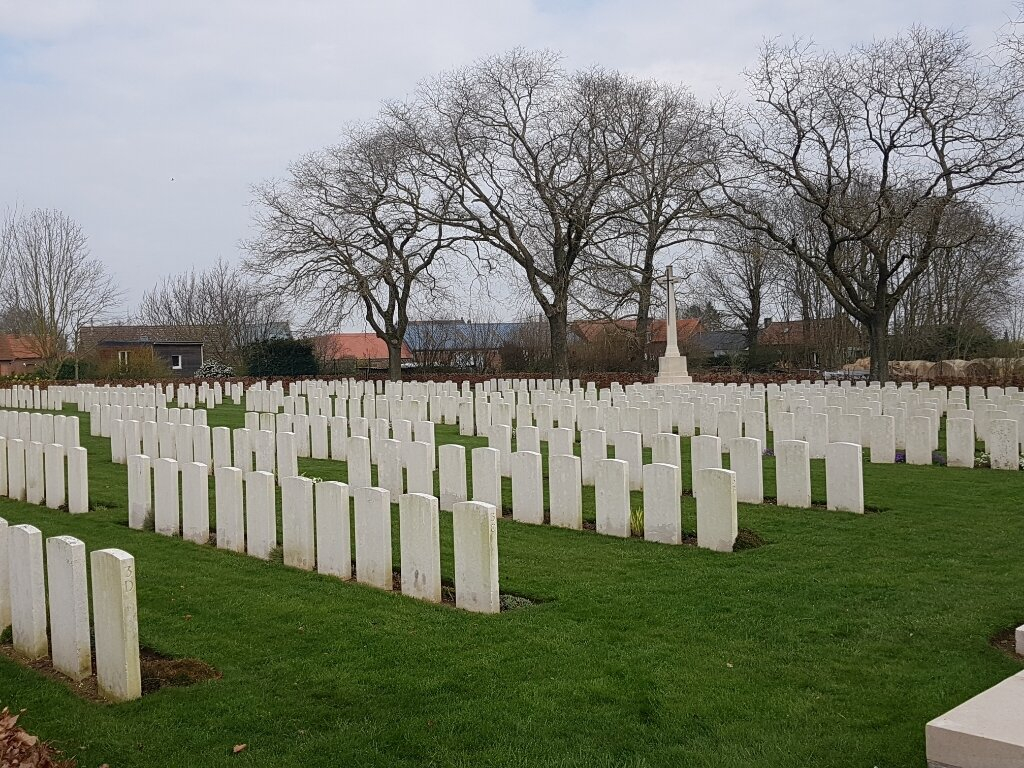 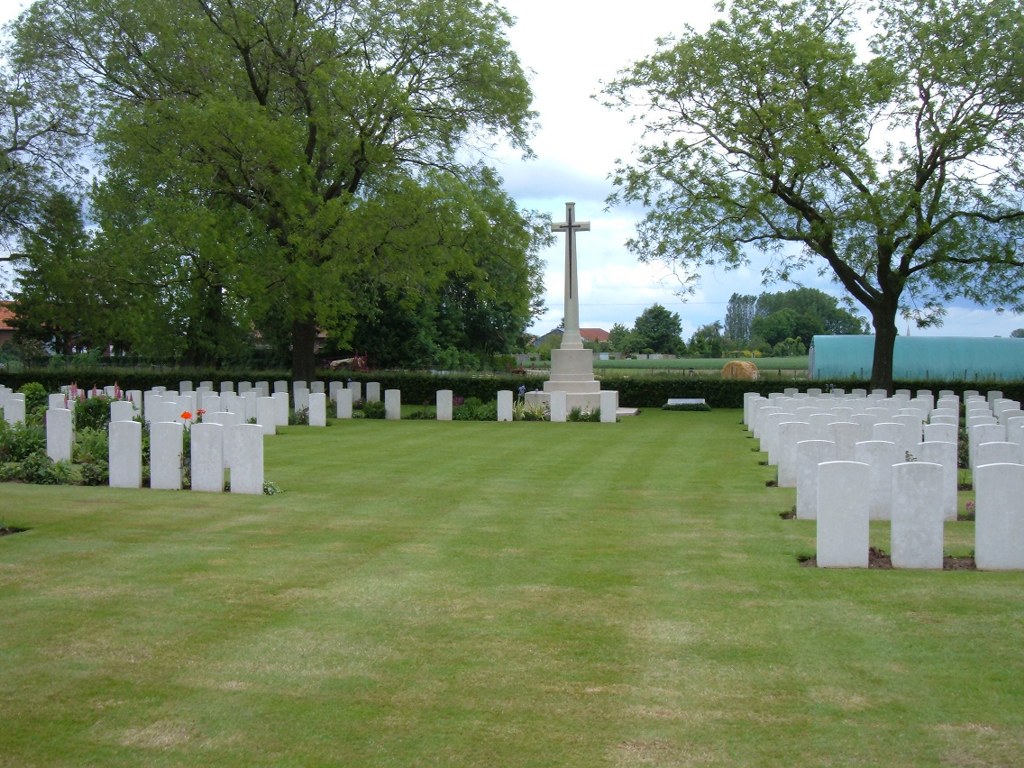 Lebucquiere is a village 8 kilometres east of Bapaume and about 2 kilometres south of the main straight road from Bapaume to Cambrai. From Bapaume take the N30 in the direction of Cambrai. After passing the village of Beugny continue for approximately 1 kilometre. Turn right onto the D18 and continue for 1.7 kilometres. Turn left at the CWGC signpost, then right following the second CWGC signpost into a lane. 300 metres down the lane, Lebucquiere Communal Cemetery Extension will be found situated behind the old communal cemetery.

Lebucquiere village was occupied by Commonwealth forces on 19 March 1917, following the German withdrawal to the Hindenburg Line. It was recaptured by the Germans on 23 March 1918, after fierce resistance by the 19th (Western) Division, and was finally reoccupied by the 5th Division on 3 September 1918.

The communal cemetery extension was begun on 24 March 1917 and was used by the 1st Australian Division and other units for almost a year. After the reoccupation of the village in September 1918, it was used again for a fortnight. At the Armistice, the cemetery contained 150 burials, but it was then greatly enlarged when graves were brought in from the surrounding battlefields.

The extension now contains 774 Commonwealth burials and commemorations of the First World War. 266 of the burials are unidentified but there are special memorials to 20 casualties known or believed to be buried among them and to one soldier buried in Bertincourt German Military Cemetery, whose remains could not be found on concentration.