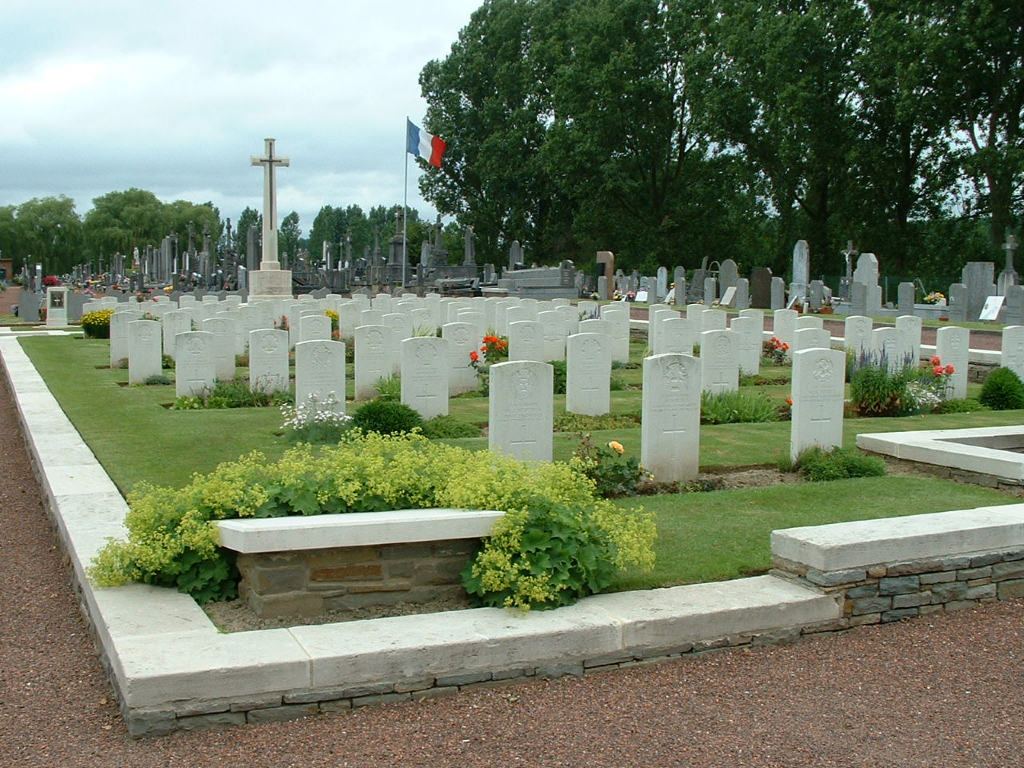 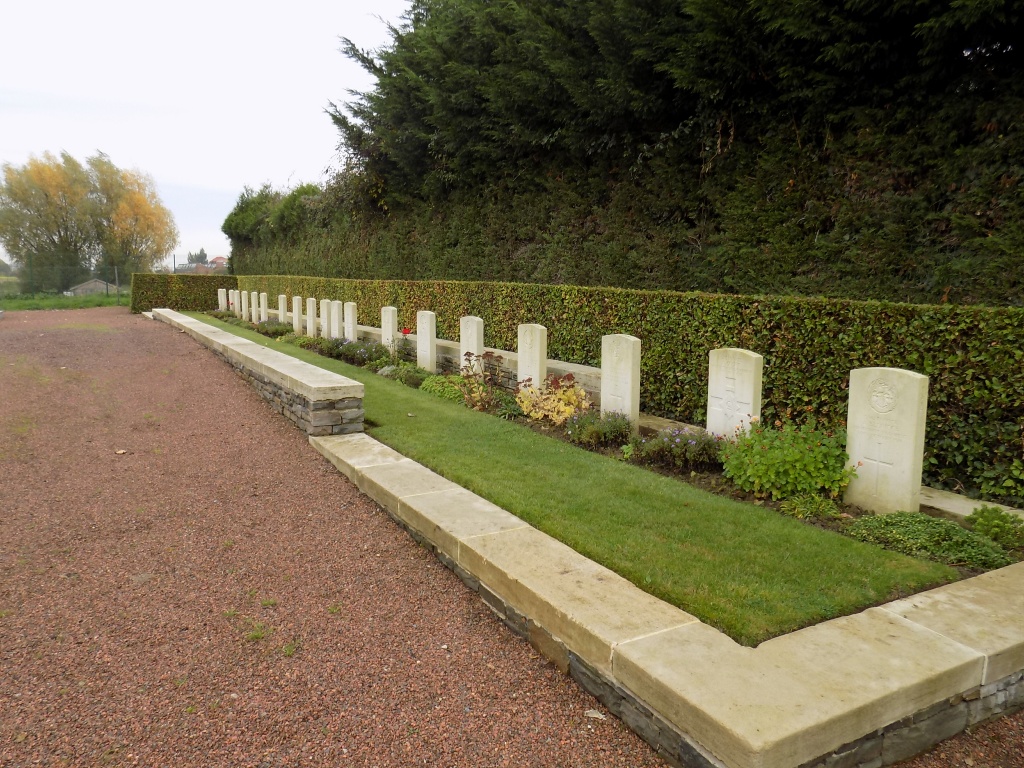 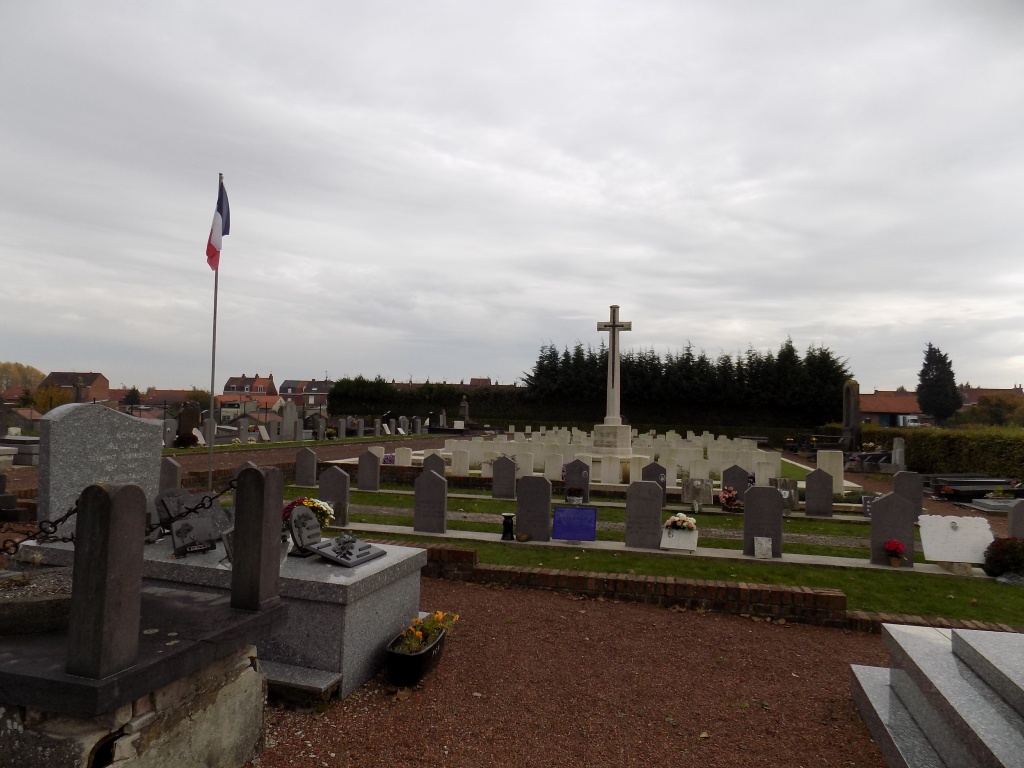 Nieppe is a village 4 kilometres north-west of Armentieres on the road to Bailleul. The Communal Cemetery is east of the village, some 500 metres to the north of the main Armentieres-Bailleul road.

The bridge at Pont-de-Nieppe was siezed by the 1st Hampshires on 16 October 1914 and the village then stayed within the Allied lines until 11 April 1918, when the 34th Division were driven out of neighbouring Nieppe after hard fighting. Nieppe was recaptured by the 29th Division on 3 September 1918. Pont-De-Nieppe Communal Cemetery was used by Commonwealth field ambulances and fighting units from October 1914 to March 1918, by German troops during the summer of 1918, and by Commonwealth troops again in September-November 1918. The German graves were later removed to the adjoining German cemetery. The cemetery now contains 135 Commonwealth burials of the First World War, 11 of them unidentified. There are also two Second World War burials dating from May 1940.