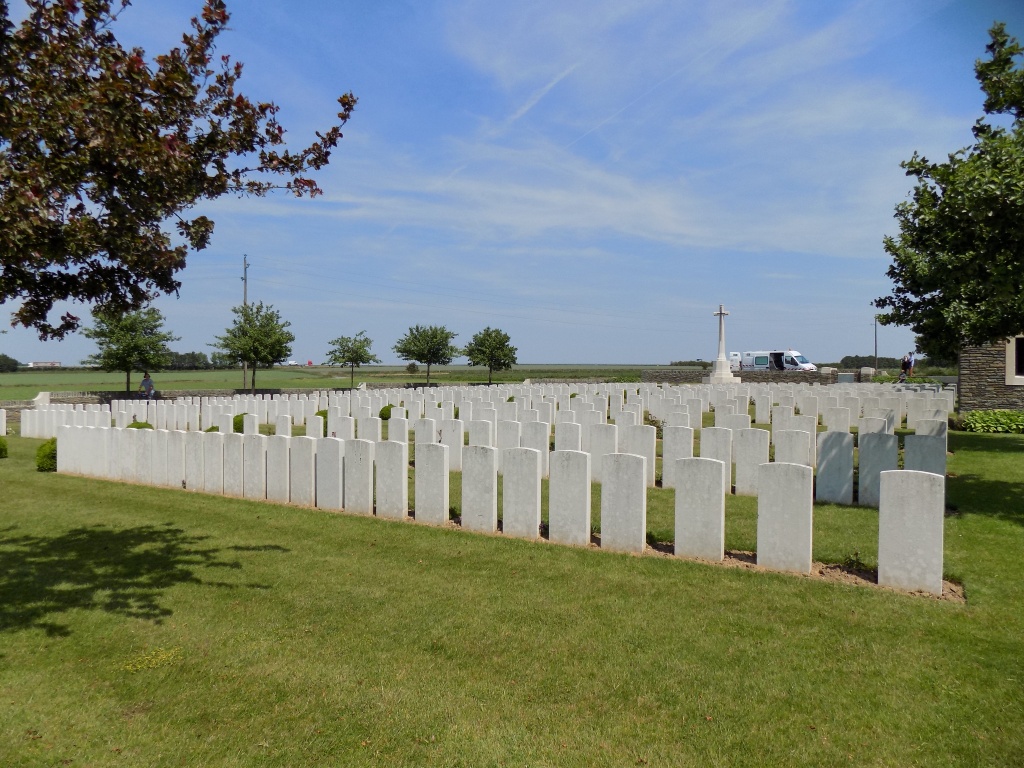 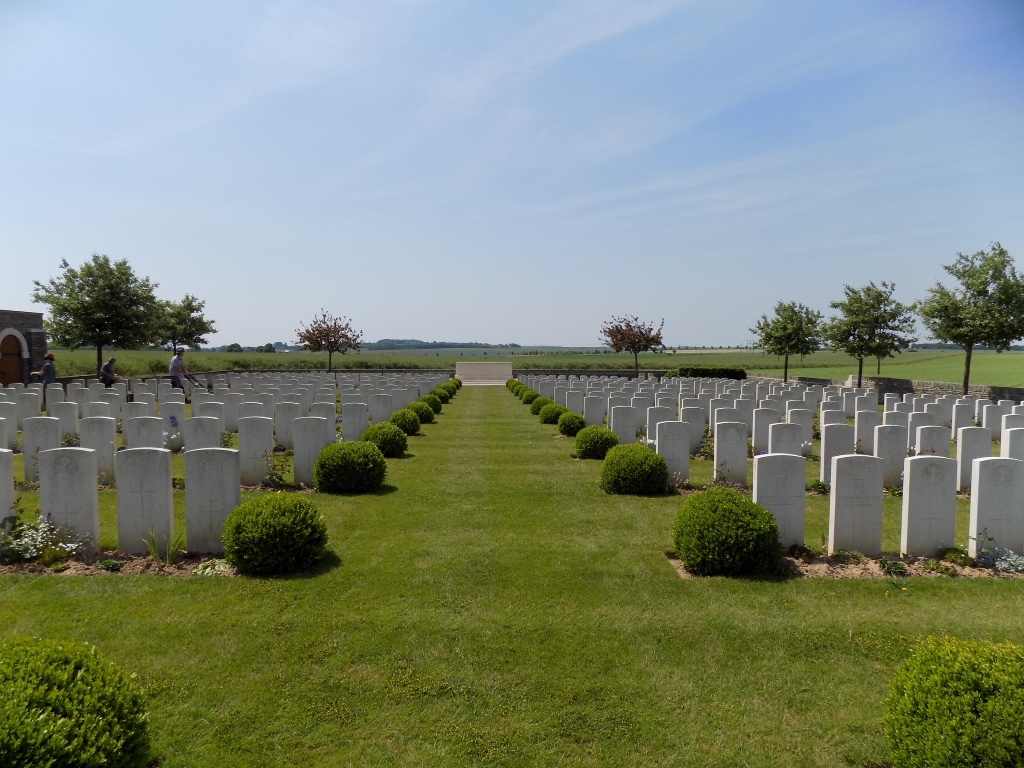 Roclincourt is a village a little to the east of the road from Arras to Lens. Take the N17 from Arras until the junction of this road and the D60. Travel along the D60 into Roclincourt village. Roclincourt Valley Cemetery lies to the north-east of the village. It is on a farm track signposted off the Thelus road.

Roclincourt was just within the Allied lines before the Battle of Arras in 1917 and it was from here that the 51st (Highland) and 34th Divisions advanced on 9 April 1917. The 1st Canadian Division attacked further north, across the Lens road. Roclincourt Valley Cemetery (originally called Roclincourt Forward Cemetery No.2) was begun after 9 April 1917 by the units which fought on that day. It was used until the following August when it contained the graves of 94 soldiers, of whom 40 belonged to the 51st Division. These form Plot I, Rows A to E and part of Row F. The cemetery was enlarged after the Armistice when graves, almost all of April 1917 and mostly from the 34th and 51st Divisions, were brought in from the surrounding battlefields and from certain smaller cemeteries, including:- KING CRATER CEMETERY, ROCLINCOURT: a mine crater, it contained 99 burials in five big graves, made by the 34th Division in the middle of April 1917, all dating from 9 April. All but two belonged to the Tyneside Brigades of the Northumberland Fusiliers. KITE CRATER CEMETERY, ST LAURENT-BLANGY, contained 53 burials of 9 April 1917 in five big graves, mainly of the 34th Division. RABS ROAD CEMETERY, ST LAURENT-BLANGY, contained 20 burials of 9 or 13 April 1917, 16 belonging to the 15th or 16th Royal Scots. ROCLINCOURT LONG CEMETERY (called at one time Roclincourt Forward Cemetery No.3), contained 68 burials of 9 April 1917, all 51st Division. THELUS ROAD CEMETERY, ROCLINCOURT, was made by the XVII Corps and contained 42 burials of 9 April 1917, 51st Division. The cemetery now contains 518 burials and commemorations of the First World War. 83 of the burials are unidentified but there are special memorials to four casualties known, or believed, to be buried among them. The cemetery was designed by Sir Reginald Blomfield.