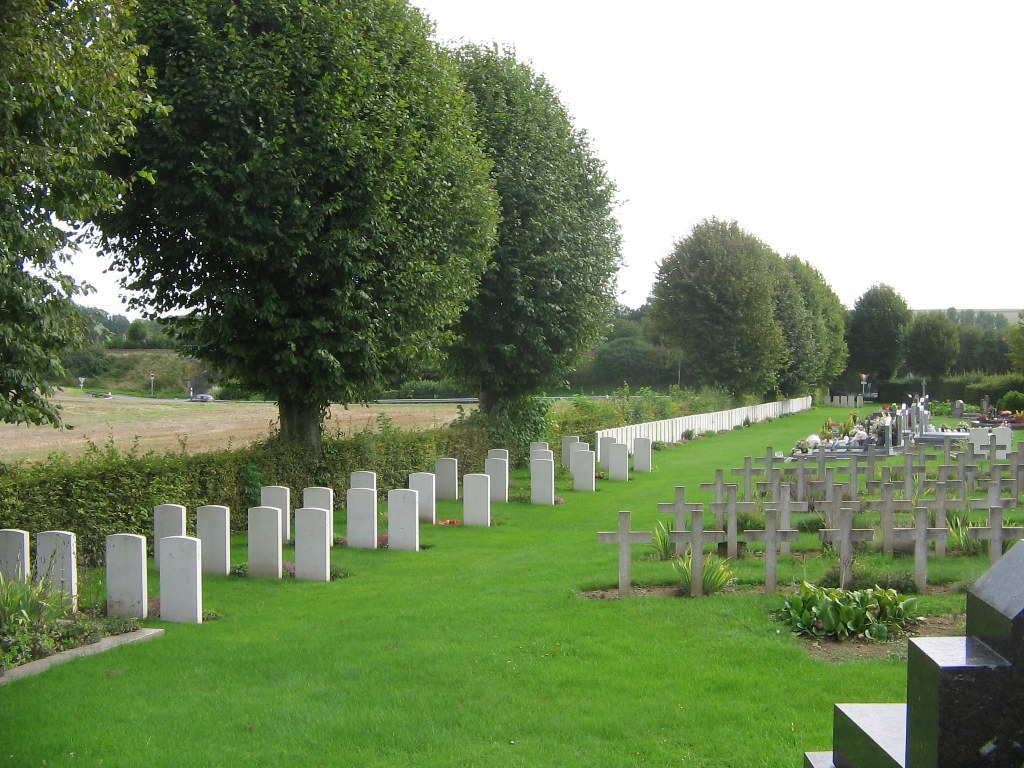 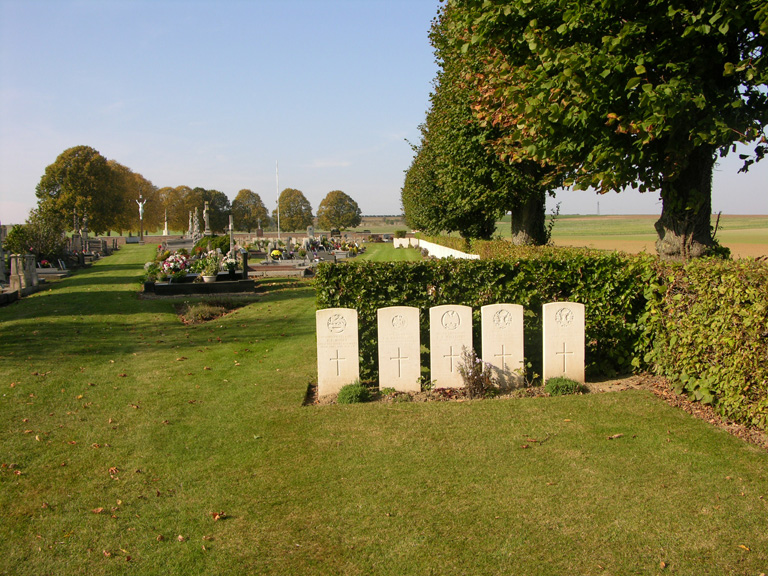 Dernancourt is a village 3 kilometres south of Albert. The Communal Cemetery is a little west of the village.

The XV Corps Main Dressing Station was formed at Dernancourt in July 1916, when the adjoining EXTENSION was opened. The 45th and 1st/1st South Midland Casualty Clearing Stations came in September 1916 and remained until March 1917. The 3rd Australian was here in March and April 1917, and the 56th from April 1917 to February 1918. The 3rd Casualty Clearing Station came in March 1918 but on 26 March, Dernancourt was evacuated ahead of the German advance, and the extension remained in their hands until the village was recaptured on 9 August by the 12th Division and the 33rd American division. In September it was again used by the 47th, 48th and 55th Casualty Clearing Stations under the name of "Edgehill", due to the rising ground on the north-west.

At the Armistice, the Extension contained more than 1,700 burials; it was then enlarged when graves were brought in from small cemeteries and isolated positions in the immediate neighbourhood.

The extension now contains 2,162 Commonwealth burials and commemorations of the First World War. 177 of the burials are unidentified, but there are special memorials to 29 casualties known or believed to be buried among them, and to two buried at Albert Road Cemetery Buire-sur-Ancre whose grave could not be found on concentration.