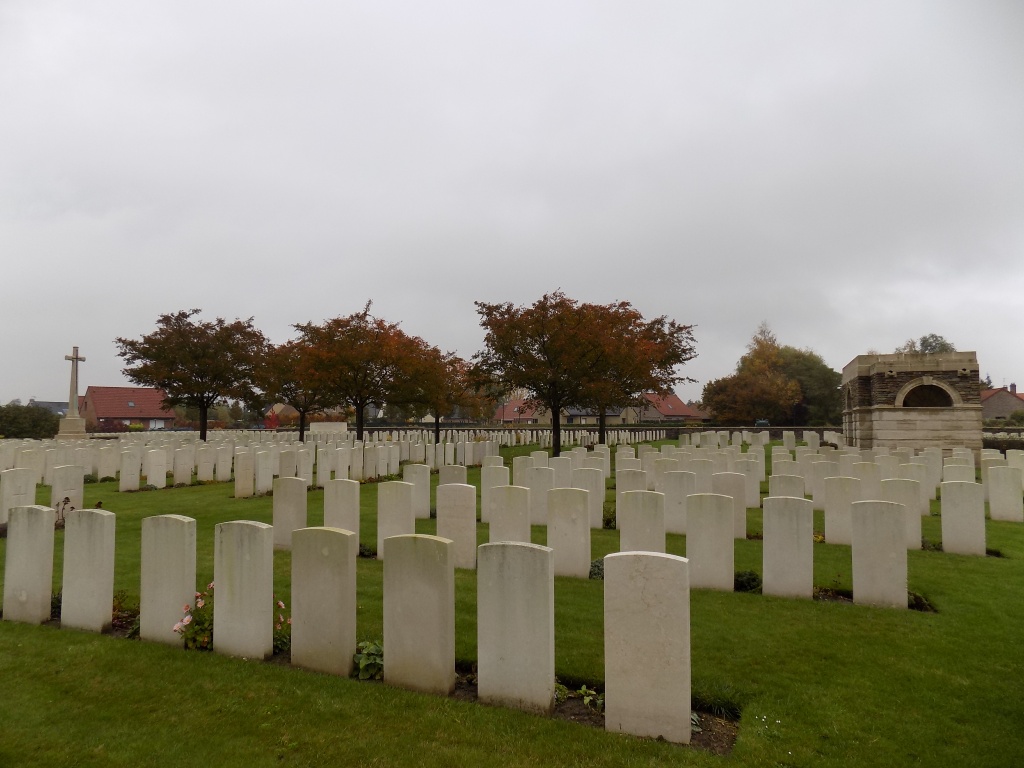 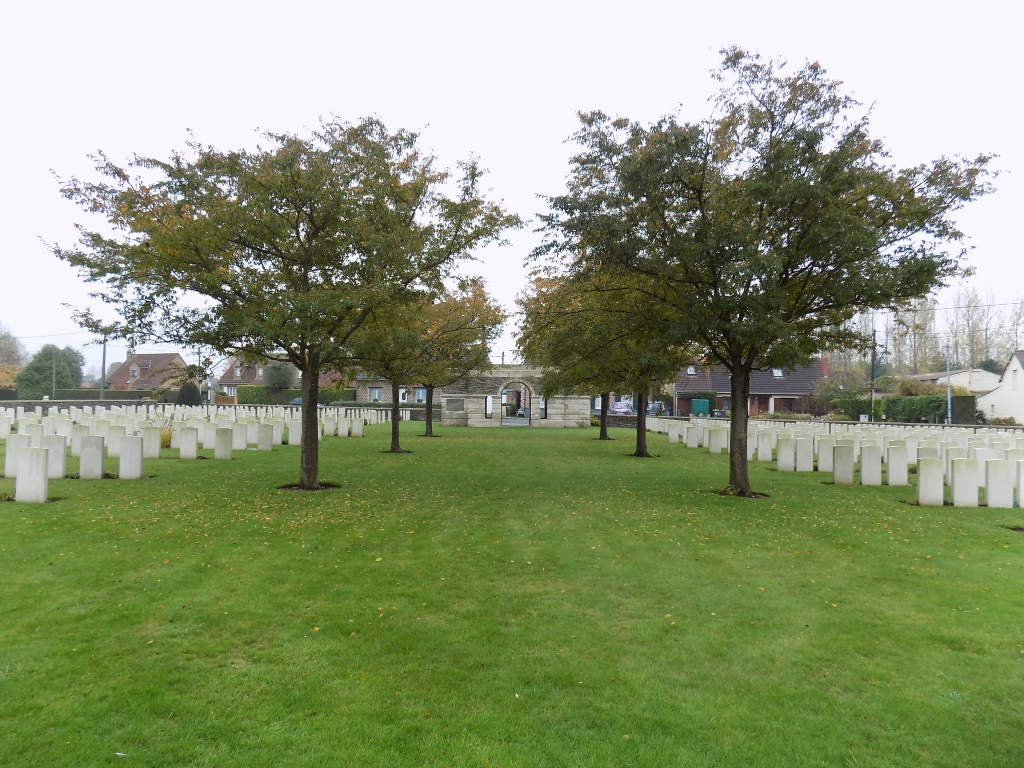 Festubert is a village 8 kilometres east-north-east of Bethune. From the church in Festubert, take the D166 signposted Cuinchy. After 300 metres turn right. Brown's Road Military Cemetery will be found a further 300 metres along this road on the right hand side.

Festubert was occupied by Commonwealth forces in October 1914 and on 23-24 November, the Indian Corps repulsed a German attack. The Battle of Festubert (15-25 May 1915) resulted in a short advance which left the village somewhat less exposed than it had been. Except for an advance which was attempted just to the south of Festubert (the Second Action of Givenchy, 15-16 June 1915), this sector remained quiet until 9 April 1918 and the beginning of the Battle of the Lys. Festubert was held by the 55th (West Lancashire) Division against the German assault, and successive attacks lasting through the month were repelled by the 1st and other Divisions. It remained an outpost for Commonwealth forces until the final advance began in September 1918. The cemetery was begun in October 1914, and carried on by fighting units and field ambulances until November 1917, when it contained 299 graves. It was greatly enlarged after the Armistice when graves were brought in from small cemeteries and isolated sites on the surrounding battlefields. The more sizeable of the graveyards concentrated here were:- CHEYNE WALK CEMETERY, GIVENCHY, on the road from Givenchy to Cuinchy, named from a trench. It was part of a cafe and garden, and it contained the graves of 13 soldiers from the United Kingdom who fell in October and December, 1914. LE PLANTIN SOUTH CEMETERY, GIVENCHY, on the road leading South from the hamlet of Le Plantin to Windy Corner. It contained the graves of 33 soldiers from the United Kingdom, and it was used from October, 1914 to December, 1916. LE PLANTIN CEMETERY (WELSH CHAPEL), FESTUBERT, on the South-West side of the road at Le Plantin North. It contained the graves of 43 soldiers from the United Kingdom (largely O.B.L.I. and 2nd Black Watch) and four from Canada, and it was used from December, 1914 to December, 1915. Brown's Road Cemetery now contains 1,071 burials and commemorations of the First World War. 407 of the burials are unidentified but special memorials commemorate three casualties believed to be buried among them. The cemetery was designed by Charles Holden.