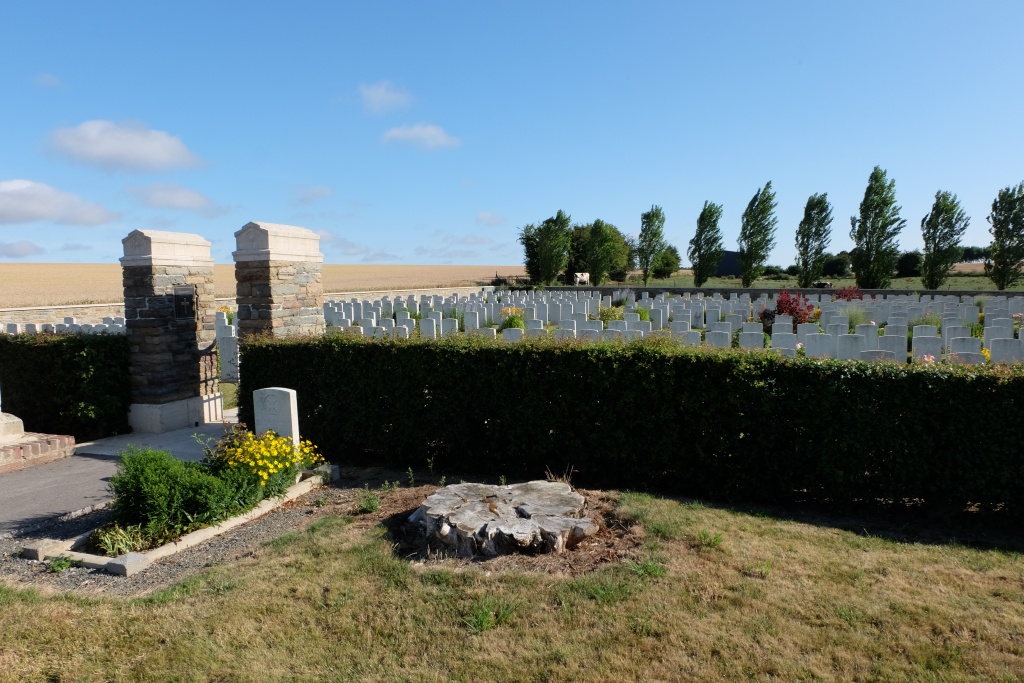 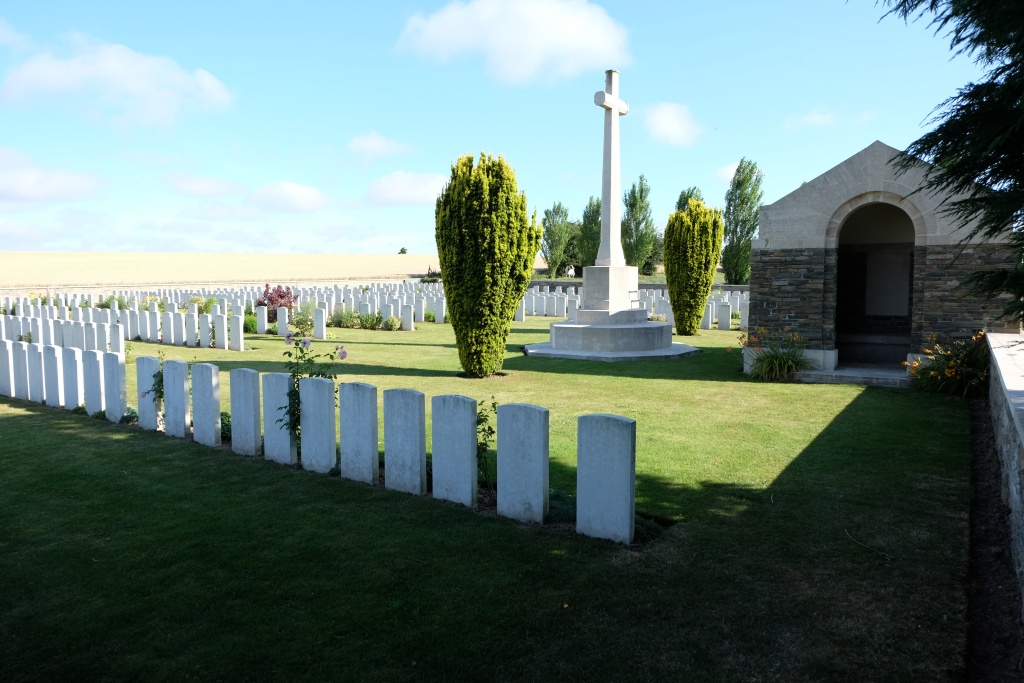 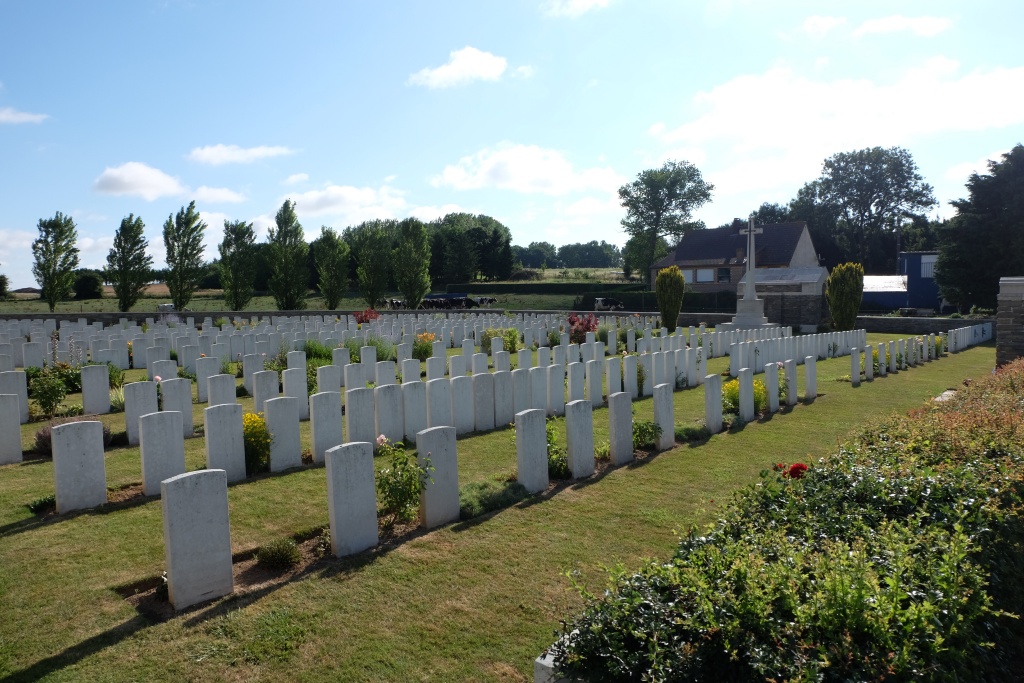 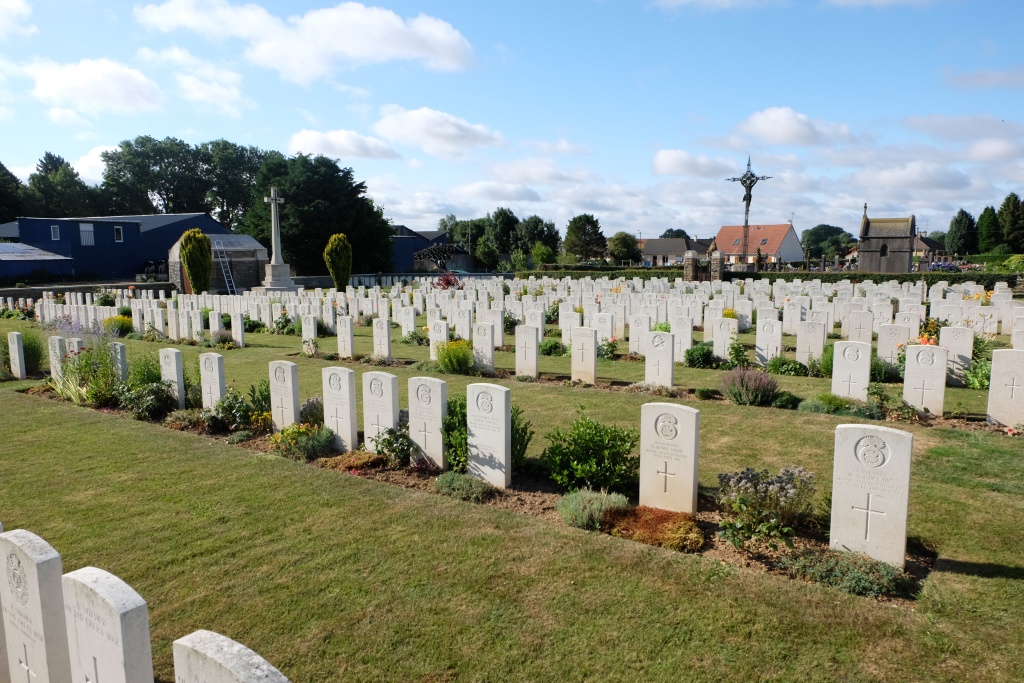 Bouzincourt was used as a field ambulance station from early in 1916 to February 1917, when the Allied line went forward from the Ancre. It was in German hands for a few days in the spring of 1918.

BOUZINCOURT COMMUNAL CEMETERY was used for burials from March to July 1916 and again from April to June 1918; it contains 33 Commonwealth burials of the First World War.

The adjoining CEMETERY EXTENSION was begun in May 1916 and used until February 1917. In the early part of July 1916, it was used not only for burials from the field ambulances but also for the interment of many soldiers killed in action and brought back from the line. The extension was reopened from the end of March 1918 until the following September and used largely by the 38th (Welsh) Division. In 1919, 20 graves were brought into Plot III, Row A from the immediate neighbourhood of Bouzincourt and 108 more were brought into Plots I, III and IV in 1924-25 from the various Somme battlefields and from the following Churchyard:-

FRAMERVILLE CHURCHYARD contained the graves of two Australian soldiers who fell in August 1918. (The village was captured by the 2nd Australian Division on the 9th August). They were at the South end of the Churchyard, which was later closed to burials and made into a public square.

The extension now contains 589 Commonwealth burials and commemorations of the First World War. 108 of the burials are unidentified but there are special memorials to casualties known or believed to be buried among them.