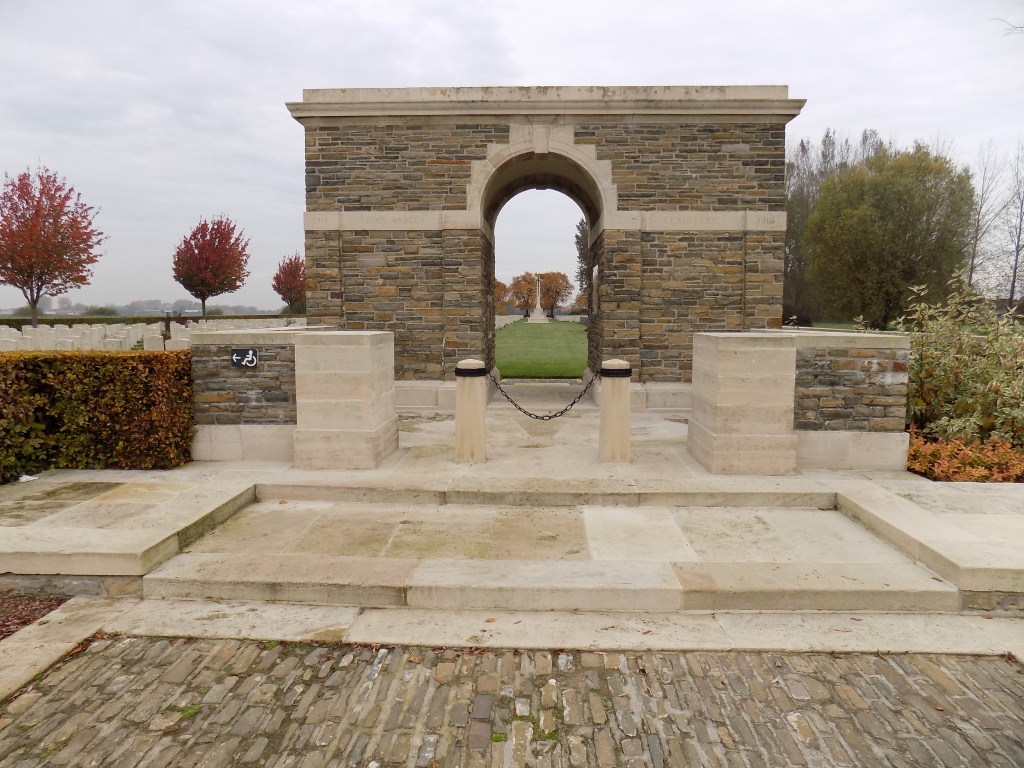 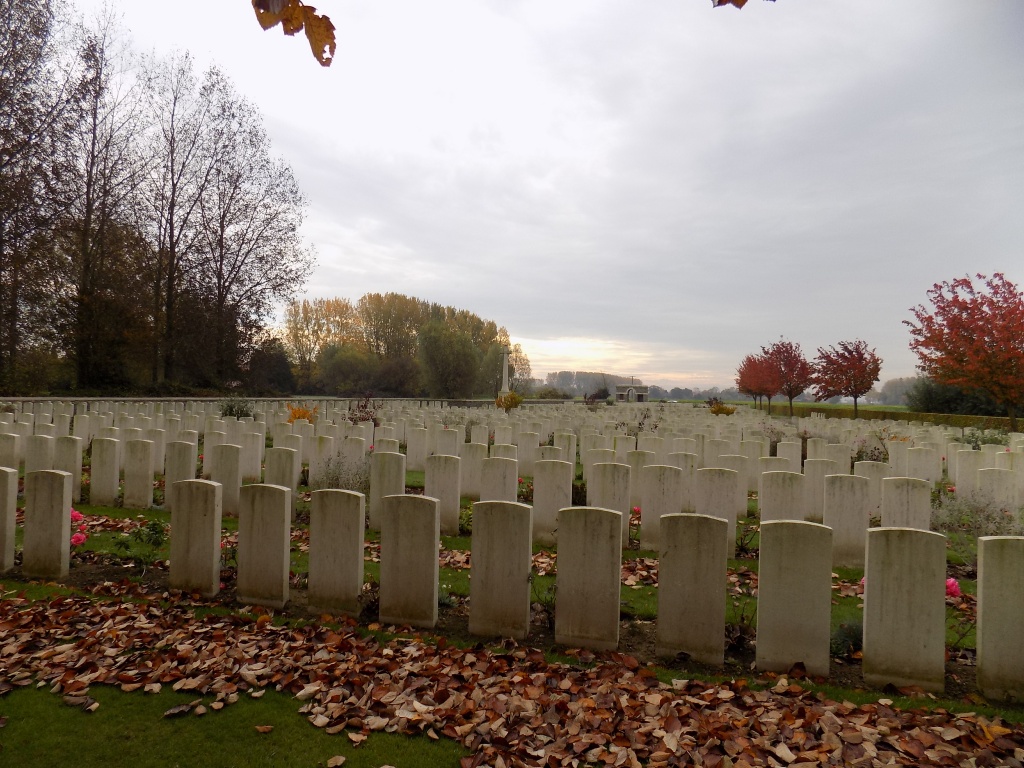 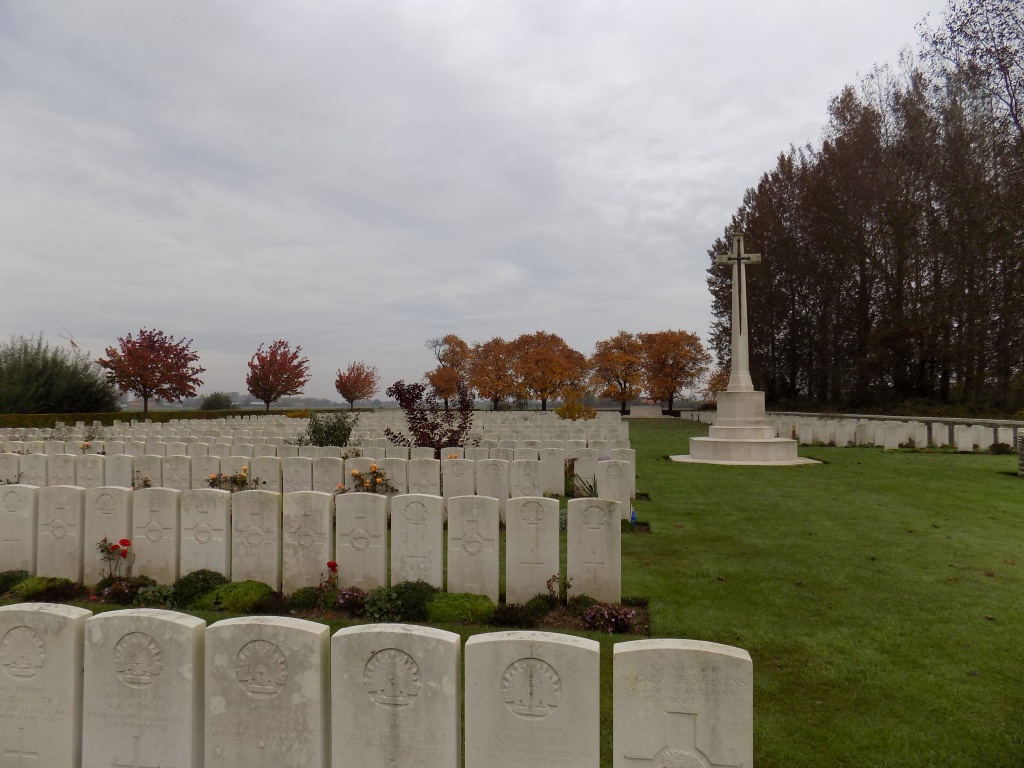 Steenwerck is a village on the D77 about 6 kilometres south-east of Bailleul, and to the east of the road from Bailleul to Estaires. The Cemetery is situated to the north-east midway between the village and the main road from Bailleul to Armentieres and north of the recently built motorway.

Steenwerck village remained untouched for much of the First World War, but on 10 April 1918 it was captured by the Germans and remained in their possession until the beginning of October. Trois-Arbres passed into German hands a day later than Steenwerck, after a rearguard defence by the 34th Division. The site for Trois Arbres Cemetery was chosen for the 2nd Australian Casualty Clearing Station in July 1916, and Plot 1 and the earlier rows of Plot II, were made and used by that hospital until April 1918. A few further burials were made in the cemetery after the German withdrawal at the end of 1918 and after the Armistice, over 700 graves were brought into it from the battlefields of Steenwerck, Nieppe, Bailleul and Neuve-Eglise. Graves from the following graveyards were concentrated into Trois-Arbres Cemetery:-. DOUANE CEMETERY, NEUVE-EGLISE, at the Custom House on the road from Neuve-Eglise to Nieppe, contained the graves of 15 soldiers from Canada and four from the United Kingdom who fell in 1915-16. FORTRIE FARM CEMETERY, NEUVE-EGLISE, 1.6Kms West of the hamlet of Le Romarin, contained the graves of 27 soldiers from the United Kingdom who fell in November and December 1914. LINEN FACTORY CEMETERY, BAC-ST. MAUR. This was a row of graves in Steenwerck commune, in the angle formed by the river Lys, the road from Bac-St. Maur to Croix-du-Bac, and Edwards's Linen Factory. In it were buried 20 soldiers from the United Kingdom, one from India and seven Germans. There are now 1,704 Commonwealth servicemen of the First World War buried or commemorated in this cemetery. 435 of the burials are unidentified but there are special memorials to ten casualties known or believed to be buried among them. The cemetery was designed by Sir Herbert Baker.