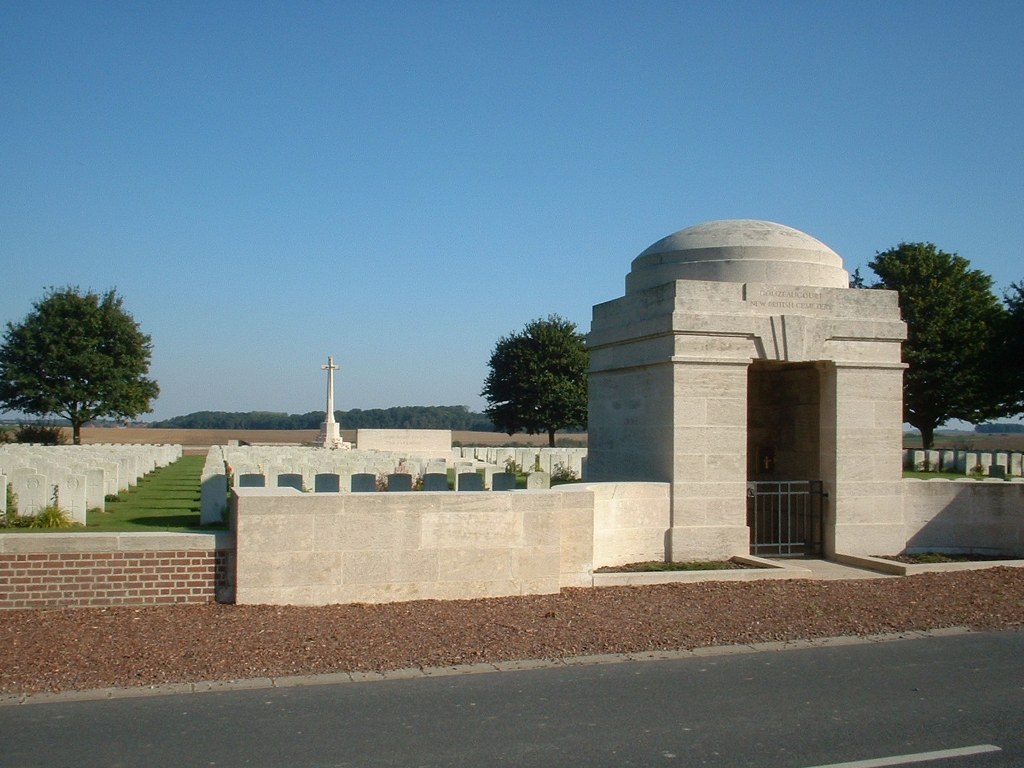 Gouzeaucourt village was captured by the 8th Division on the night of 12-13 April 1917. It was lost on 30 November 1917 in the German counterattack at the end of the Battle of Cambrai, and recaptured the same day by the 1st Irish Guards. It was lost again on 22 March 1918, attacked by the 38th (Welsh) Division on the following 18 September, and finally retaken by the 21st Division on 8 October. The cemetery was begun in November 1917, taken over by the Germans in 1918, and used again by Commonwealth forces in September and October 1918, but the original burials (now in Plot III) are only 55 in number. It was enlarged after the Armistice when graves were brough in from other cemeteries and from the battlefield of Cambrai. The cemetery now contains 1,295 burials and commmemorations of the First World War. 381 of the burials are unidentified but there are special memorials to 34 casualties known or believed to be buried among them. Another special memorial records the name of a soldier buried in Gouzeaucourt Communal Cemetery in May 1917 whose grave was destroyed by shell fire. The cemetery was designed by Sir Herbert Baker.