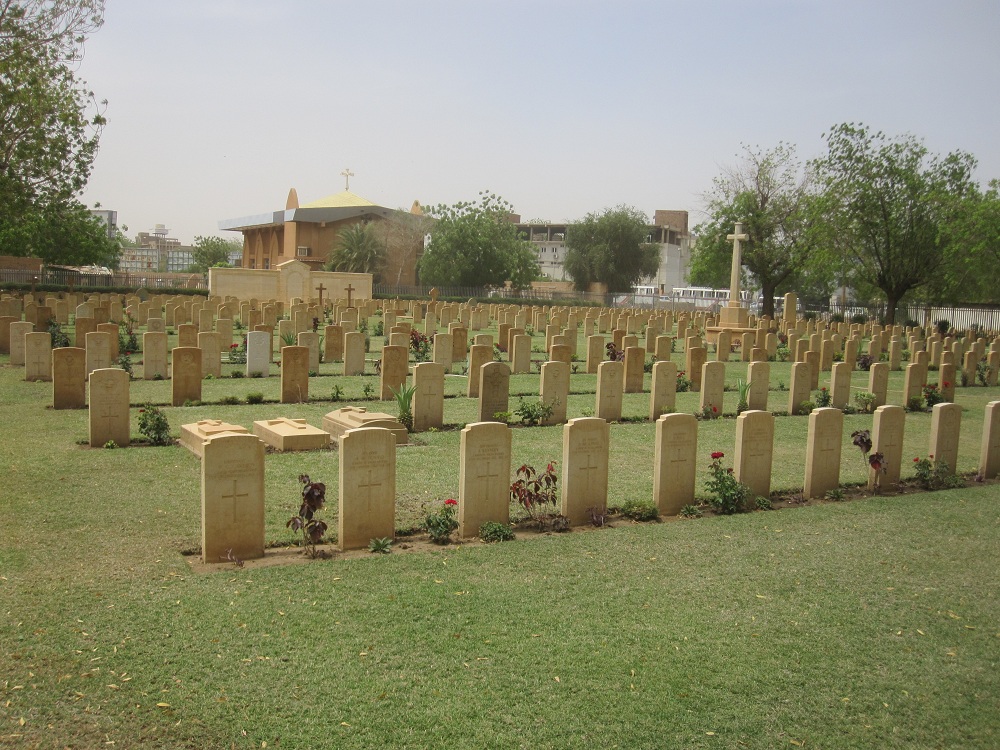 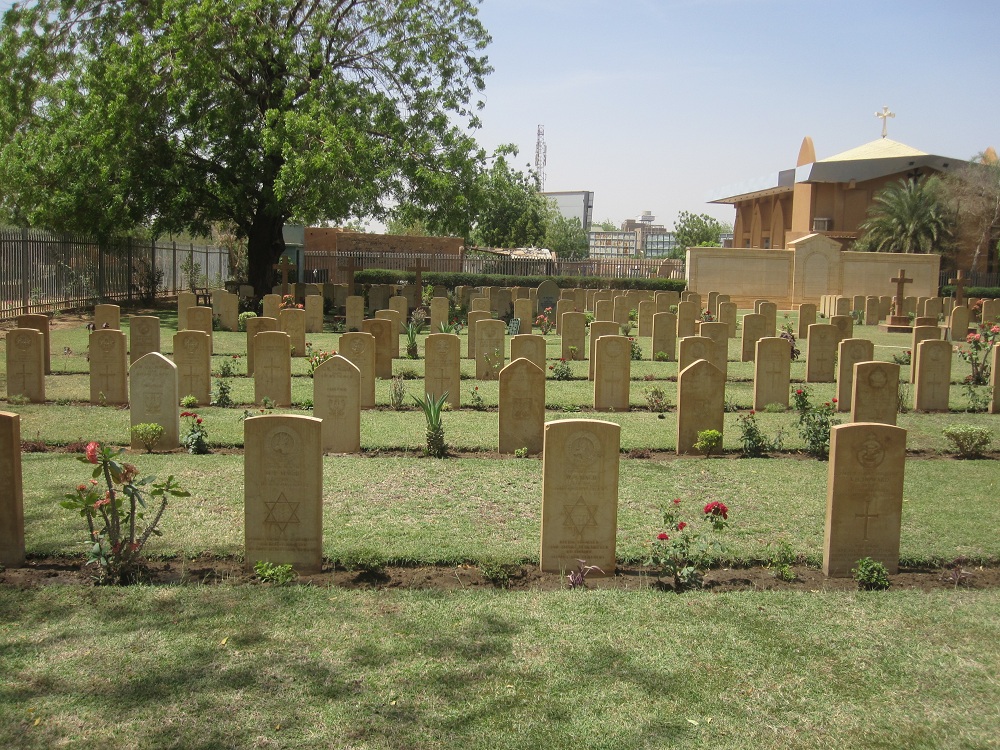 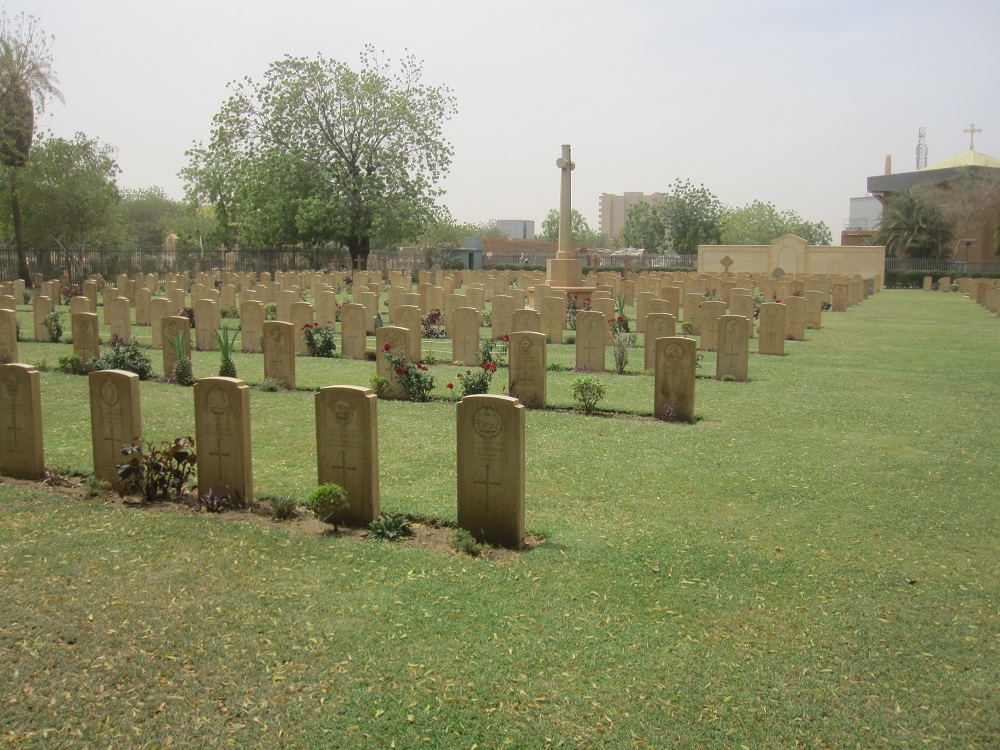 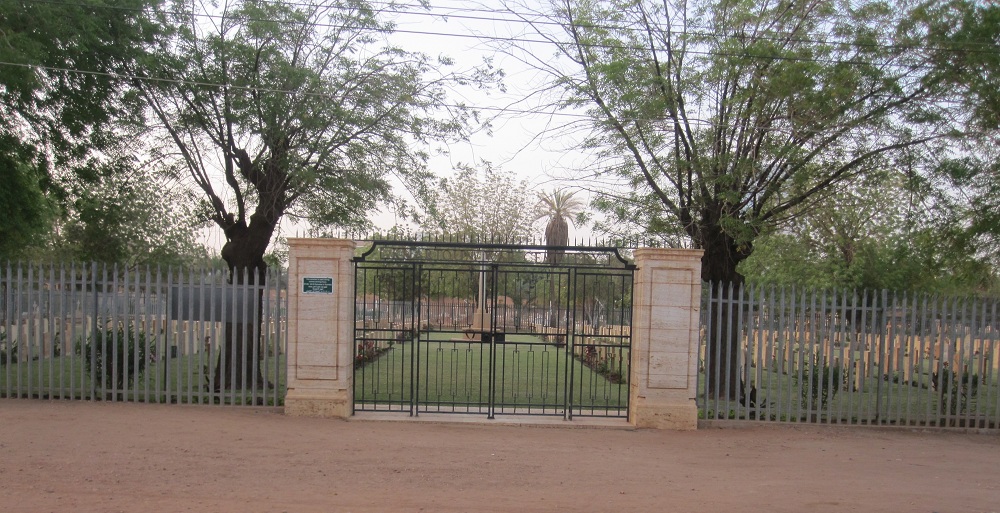 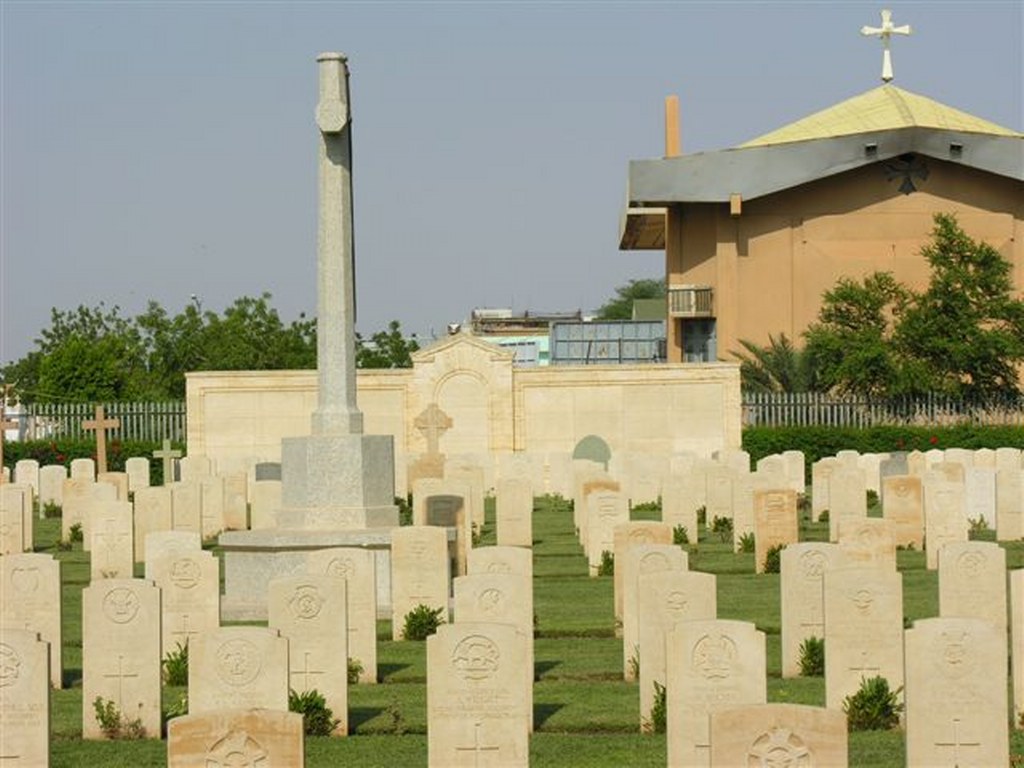 Khartoum War Cemetery lies on the south-eastern side of Khartoum, the capital of Sudan. From Security Road, turn right into the unmade road adjacent to St Francis School and proceed for approximately 200 metres, past the entrance to Khartoum New Christian Cemetery, and the War Cemetery will be found on the left hand side. Standing at the centre of the western boundary of the cemetery is the Khartoum Memorial which commemorates nearly 600 soldiers of the East African campaign of 1940-1941 who died in the Sudan, or in the advance into Eritrea and Northern Ethiopia, and who have no known grave.

The cemetery is entered from the north through wrought-iron gates flanked by piers of Travertine. On the left-hand pier is a bronze register box. Sited axially on the entrance is the Cross of Sacrifice from which is glimpsed the Khartoum Memorial (covered in a separate Register).

On the eastern boundary of the cemetery is a memorial originally erected in Suakin Cemetery by the Brigade of Guards in honour of their comrades who fell in the 1885-1886 campaign. There are also 2 special memorials commemorating 16 soldiers of the Shropshire Regiment who died in 1885 and were buried in Suakin Cemetery but whose graves could not subsequently be located.

Originally burials of both the 1914-1918 and 1939-1945 Wars were made in outlying parts of the Sudan, but in 1960 the graves were removed to the new war cemetery, for which the Sudan Government generously made available an additional piece of land adjoining the existing war graves plot in Khartoum. Other graves, including those of soldiers and civilians who died before and in between the two wars, were also concentrated into Khartoum War Cemetery from several burial places in the Sudan.