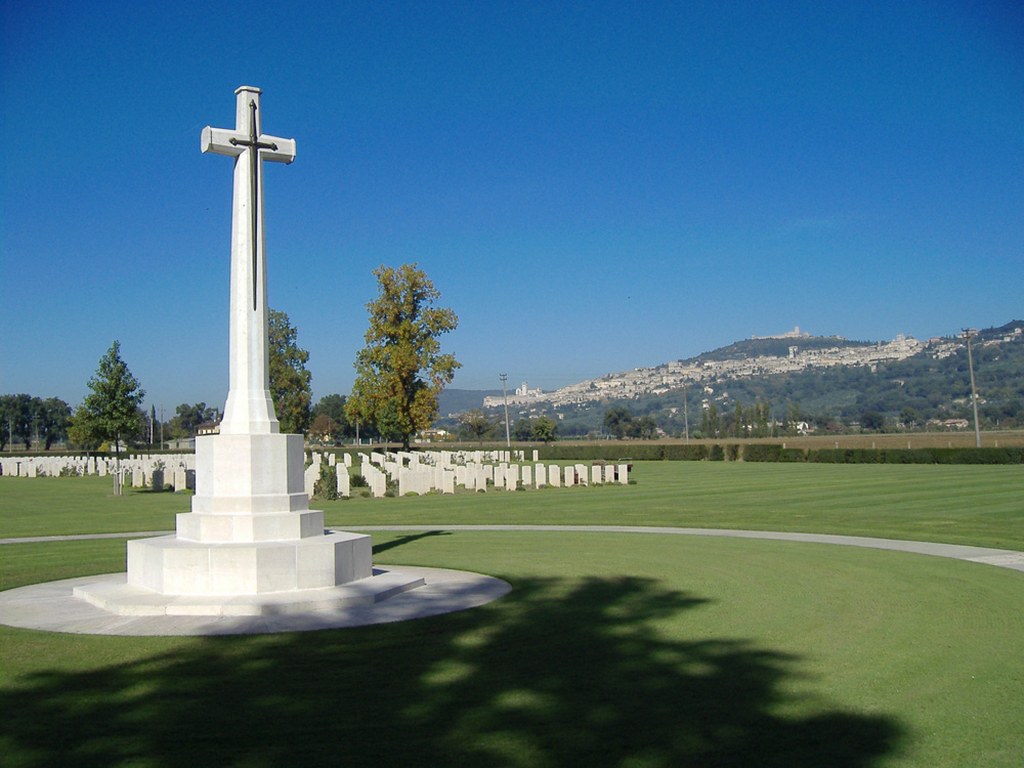 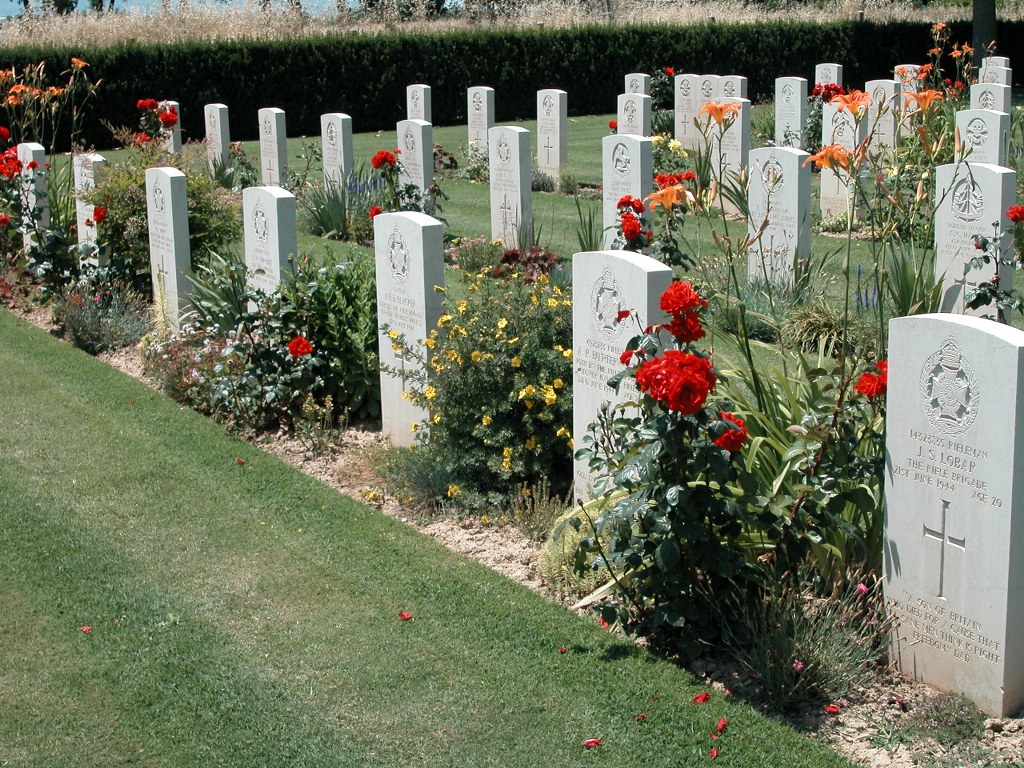 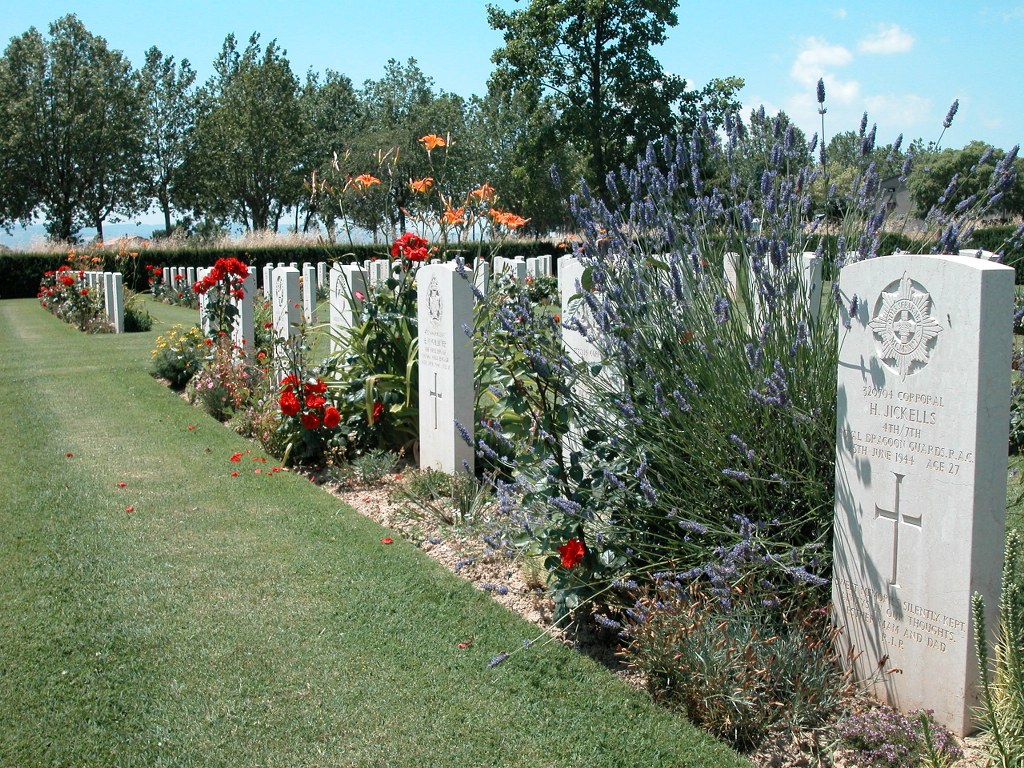 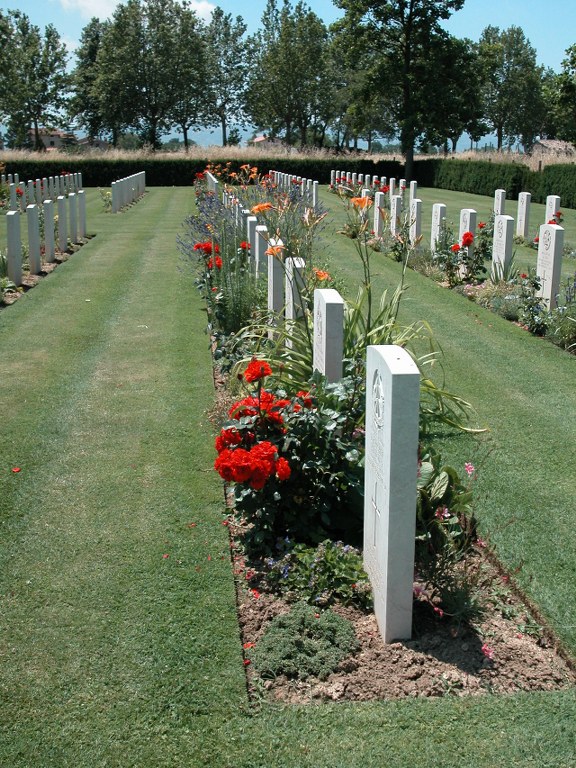 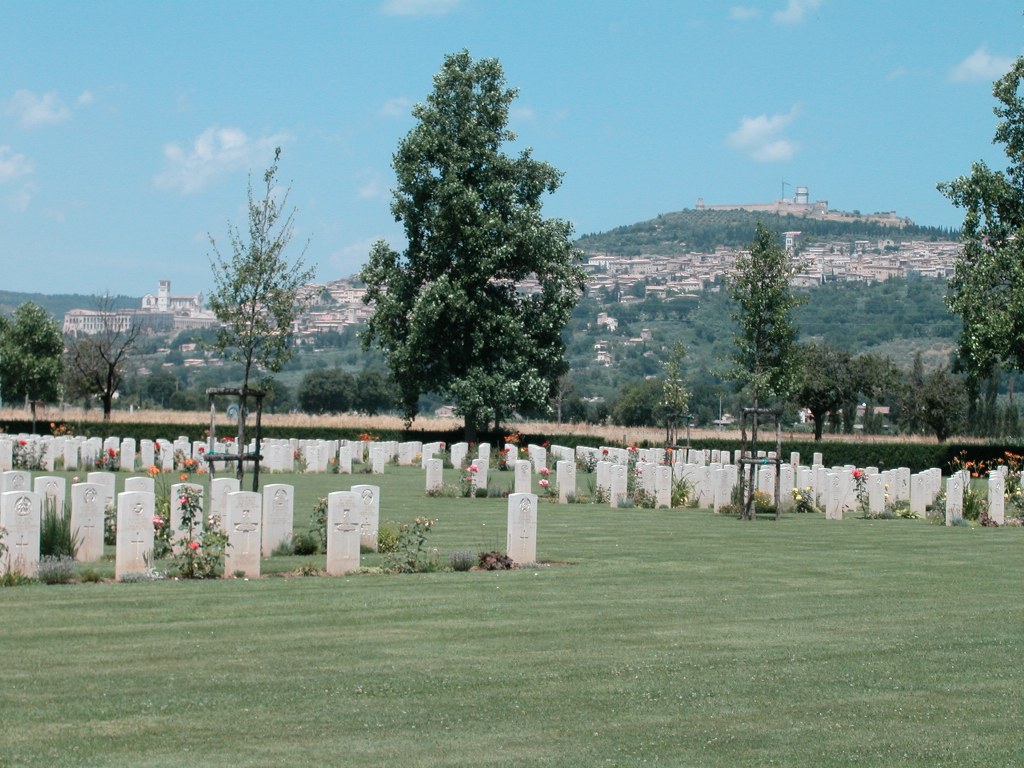 The War Cemetery forms part of the locality of Rivotorto in the Commune of Assisi, in the Province of Perugia. From Rome, take the Autostrada A1, Rome-Milan. Come off at Orte and go along the SS3 bis to Perugia following the signs for Assisi. Take the road to Rivotorto and at a crossroads, from which a church is visible, turn left and the cemetery is about 500 metres down this road. Cemetery address: Via Sacro Tugurio - 6080 Rivotorto di Assisi (PG) Umbria. GPS Co-ordinates: Latitude: 43.046561, Longitude: 12.609357

On 3 September 1943 the Allies invaded the Italian mainland, the invasion coinciding with an armistice made with the Italians who then re-entered the war on the Allied side. Progress through southern Italy was rapid despite stiff resistance, but the advance was checked for some months at the German winter defensive position known as the Gustav Line. The line eventually fell in May 1944 and as the Germans withdrew, Rome was taken by the Allies on 3 June. Many of the burials in this cemetery date from June and July 1944, when the Germans were making their first attempts to stop the Allied advance north of Rome in this region. The site for the cemetery was selected in September 1944 and burials were brought in from the surrounding battlefields. Assisi War Cemetery contains 945 Commonwealth burials of the Second World War.