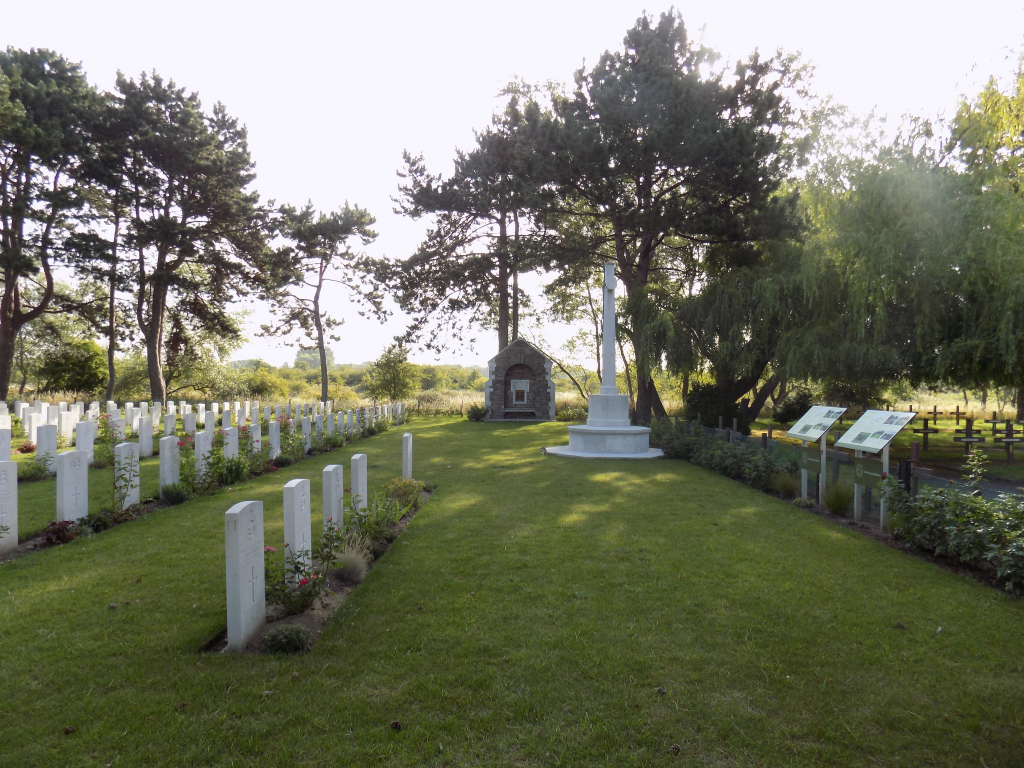 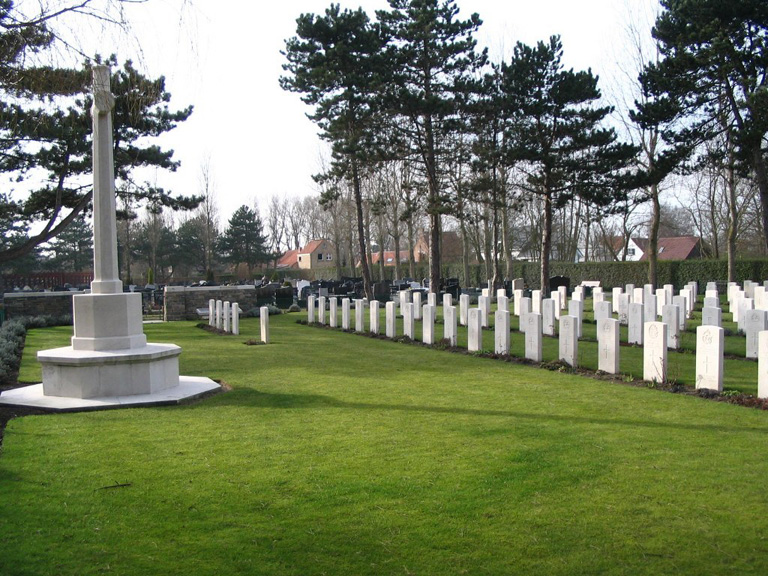 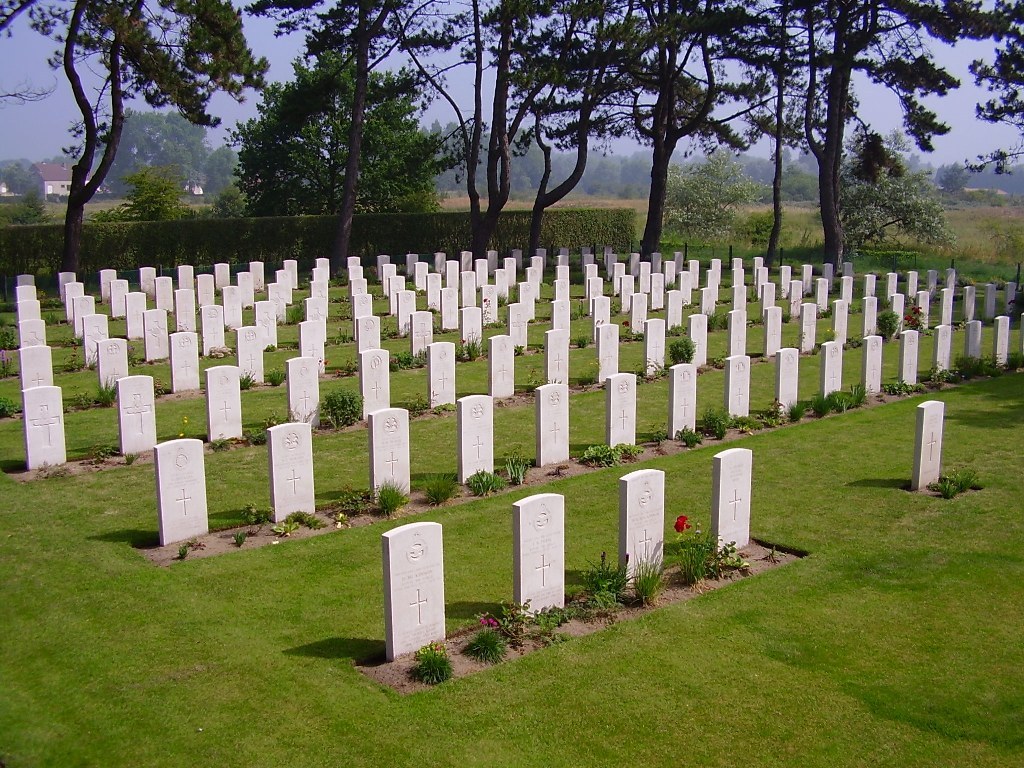 Oostduinkerke Communal Cemetery is located midway between Nieuwpoort (6 Kms) and Koksijde (3 Kms) on the N396 which connects Nieuwpoort to Koksijde via Oostduinkerke. From Nieuwpoort, Oostduinkerke village is approached via the N396 Nieuwpoortsteenweg. The Farazijustraat is the first right hand turning on reaching the village and leads for 600 metres to the cemetery itself, after joining onto the Andre Geryllaan.

Oostduinkerke Communal Cemetery is open every day from 08.00 hrs to sun down. Please note that the Commission Plot within this cemetery is one of four Commission sites currently being used to demonstrate horticultural climate change adaptations. Wheelchair access to site possible, but may be by alternative entrance. For further information regarding wheelchair access, please contact our Enquiries Section on 01628 507200.

The British Expeditionary Force was involved in the later stages of the defence of Belgium following the German invasion in May 1940, and suffered many casualties in covering the withdrawal to Dunkirk. Commonwealth forces did not return until September 1944, but in the intervening years, many airmen were shot down or crashed in raids on strategic objectives in Belgium, or while returning from missions over Germany. Most of those Commonwealth servicemen buried at Oostduinkerke Communal Cemetery died in the heavy fighting along the Nieuport-Veurne-Dunkirk Canal, while covering the retreat of the British Expeditionary Force to Dunkirk in May 1940. The cemetery contains a plot of 180 Commonwealth burials of the Second World War, 31 of them unidentified.