We recommend not approaching or feeding the wild monkeys in the Cemetery. 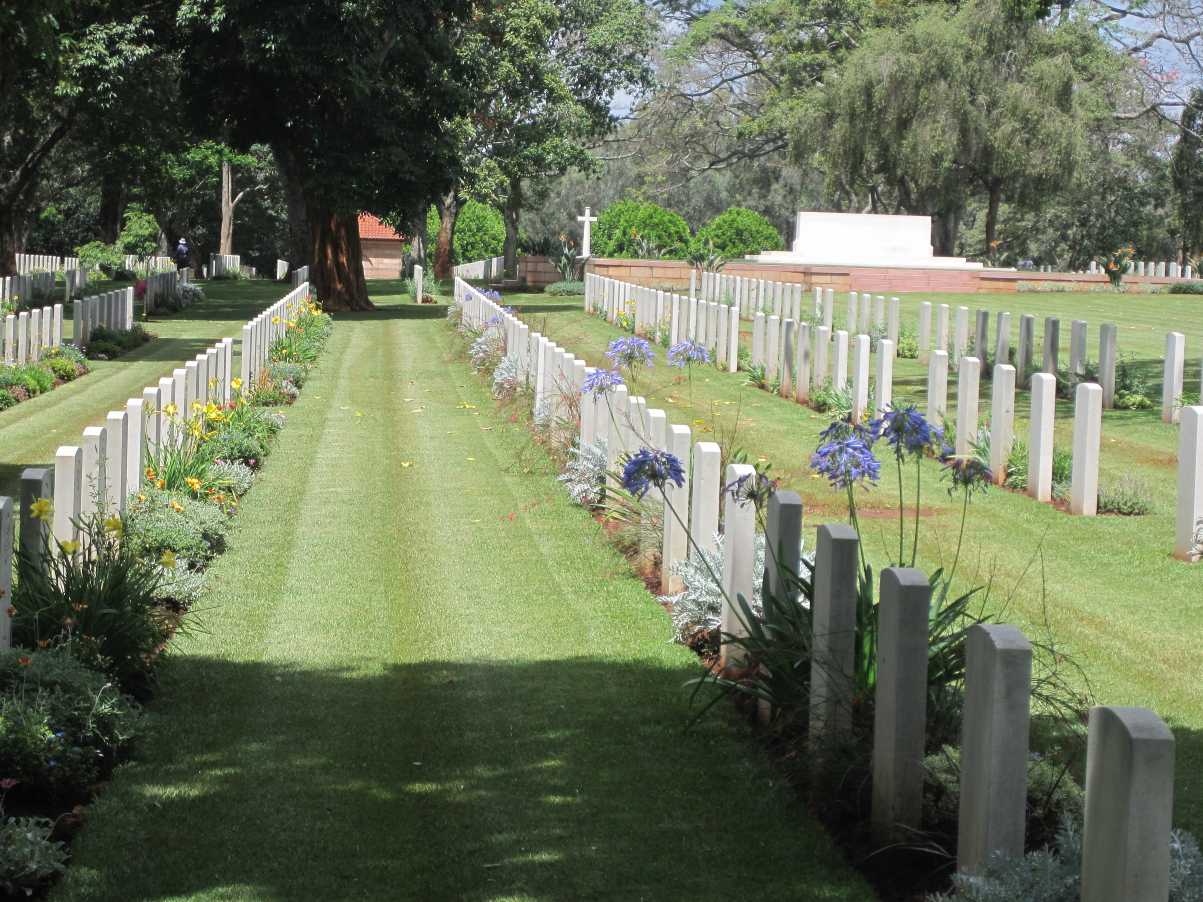 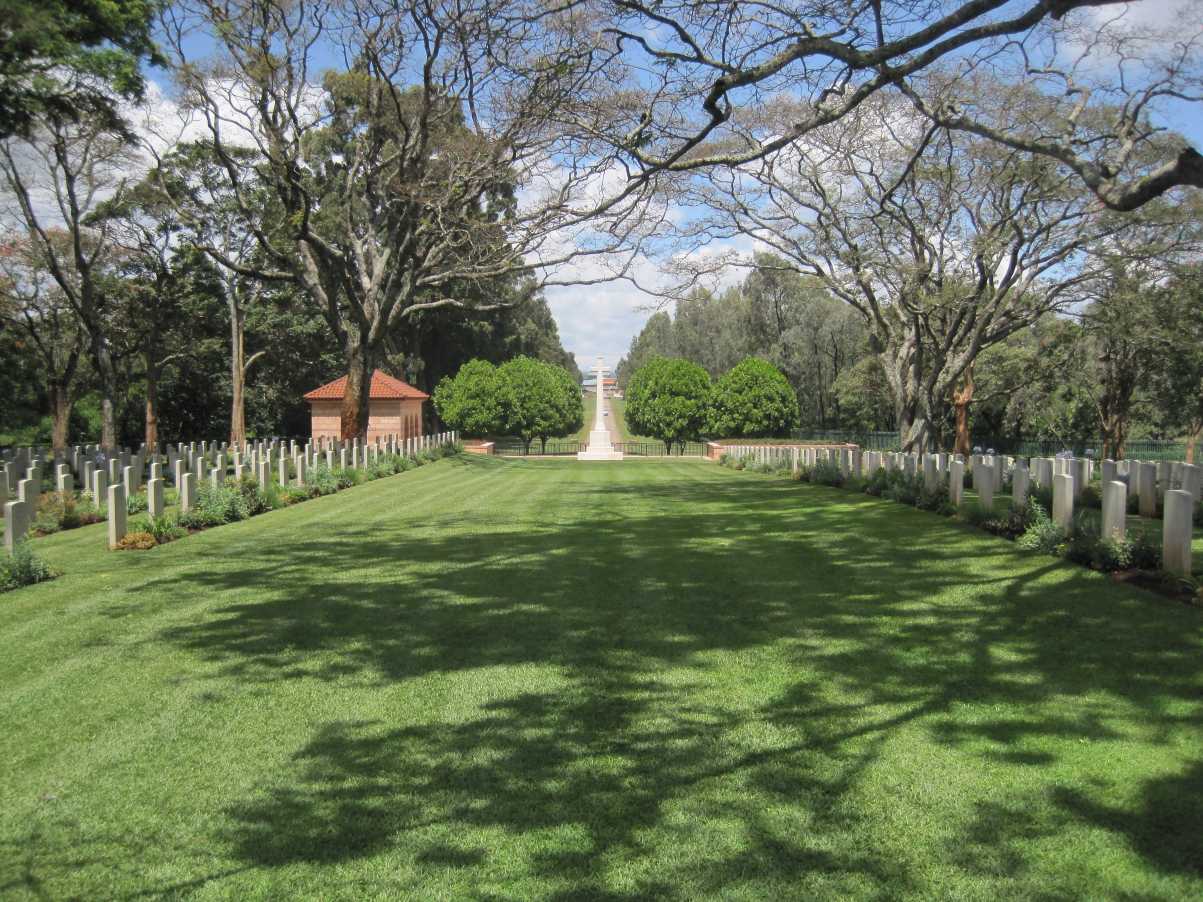 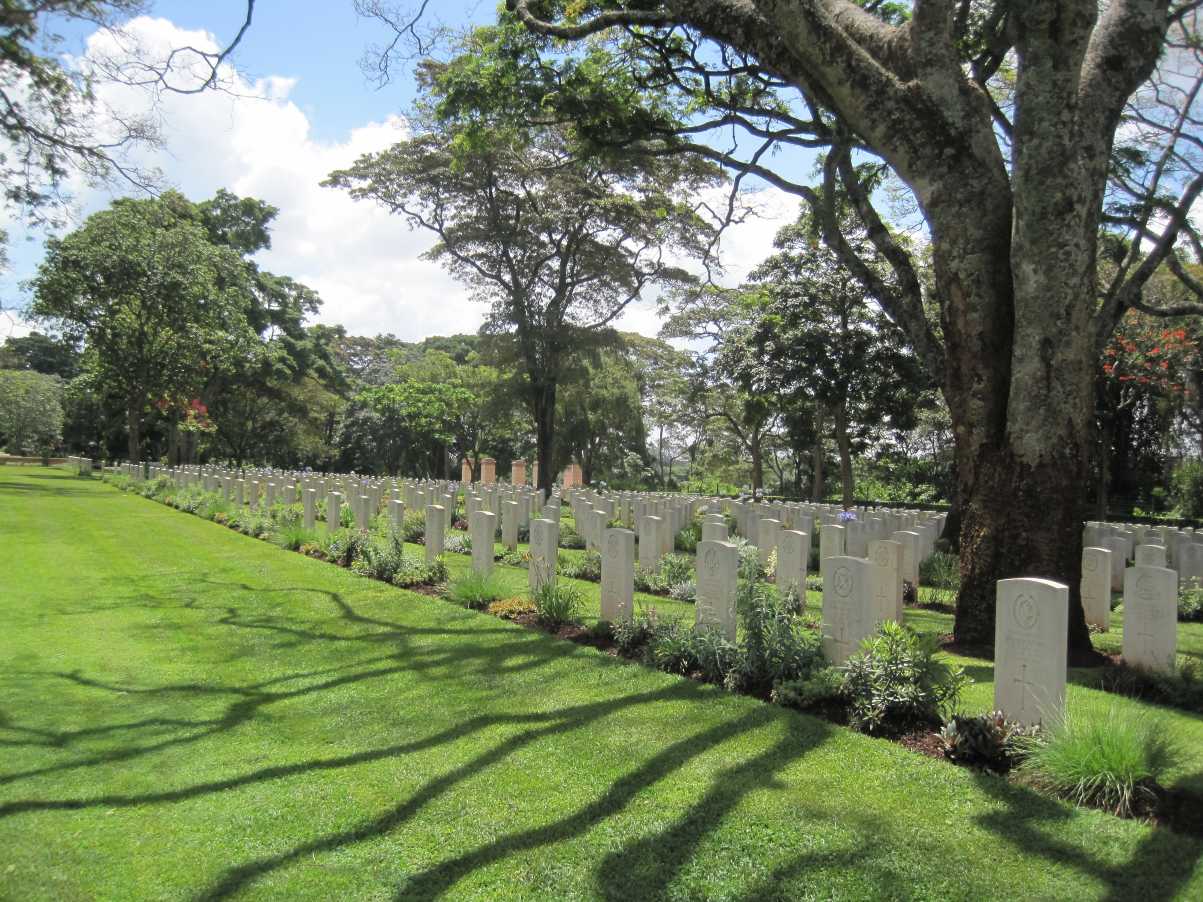 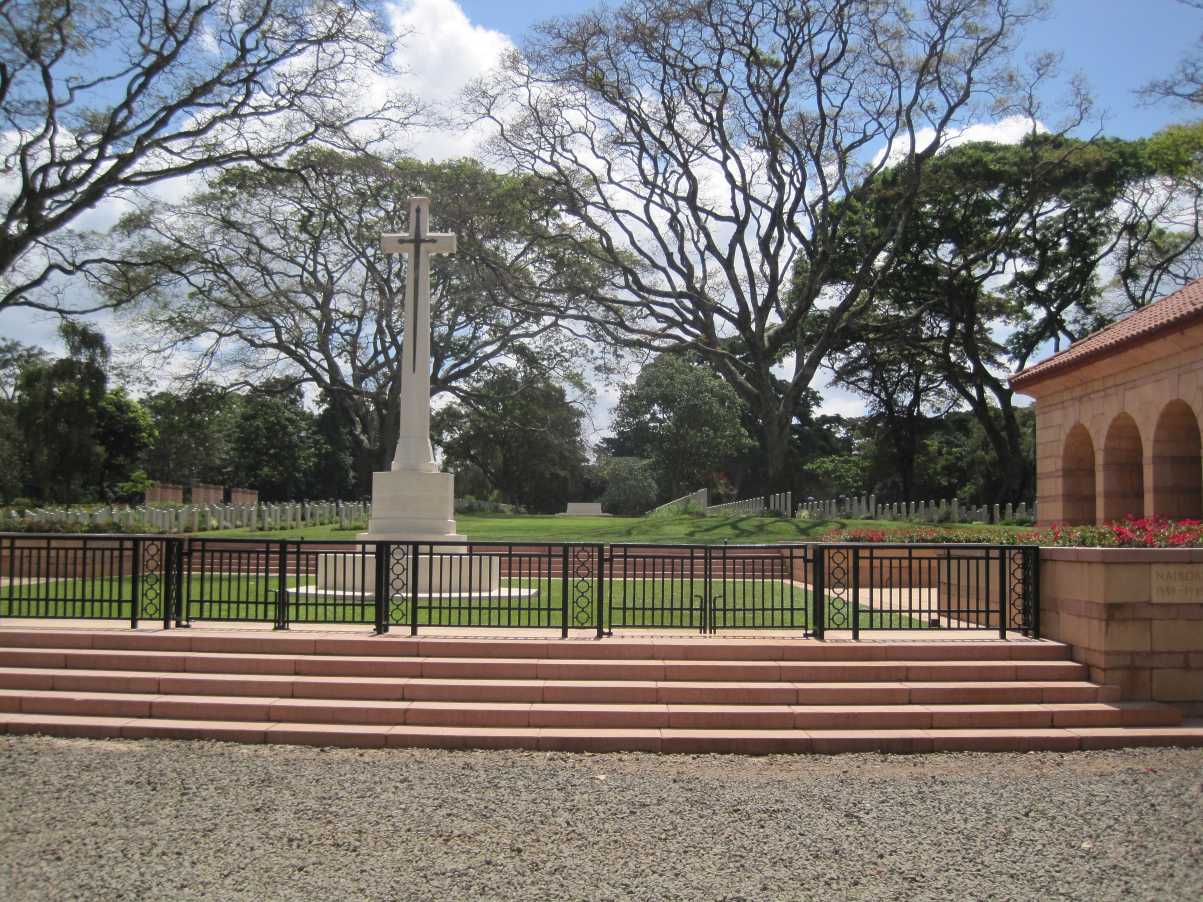 The War Cemetery is on the south-western outskirts of Nairobi, about 10 kilometres west of the city centre on Ngong Road, which is the main road to the Government Forest Reserve. The cemetery is adjacent to Nairobi race course and is included within the Ngong Forest Reserve. It is reached by way of a long driveway off Ngong Road, the turning being indicated by a CWGC direction sign.

Nairobi War Cemetery is open every day between 06:00 and 18:00. Wheelchair access to this site is possible, but may be via an alternative entrance. For further information regarding wheelchair access, please contact our Enquiries Section on telephone number 01628 507200.

NOTE: Whilst the current climate of political instability in Somalia persists, the 174 identified casualties buried in Mogadishu African War Cemetery and the surrounding area are now alternatively commemorated by special memorial headstones arranged alphabetically in a separate plot within Nairobi War Cemetery. If planning a visit, please contact the Commission for further details.

During the Second World War, Nairobi was the headquarters of the East African Force and the base for the conquest of, what was then known as Jubaland and Italian Somaliland, the liberation of British Somaliland and the sweep north-westwards to open Addis Ababa for the return of the Emperor. It was also a hospital centre; No.87 British General Hospital arrived in June 1943 and was still there in December 1945, while No.150 British General Hospital was there for a period in 1943.

The war cemetery was opened in 1941 by the military authorities. Besides the original burials, numerous graves were transferred to this cemetery from African civil cemeteries and temporary army burial grounds at Garissa, Gelib, Kinangop, Marsabit, Mega and other locations which at the time were inaccessible, so that it is now the largest war cemetery in East Africa.

NAIROBI WAR CEMETERY now contains 1,952 Commonwealth burials of the Second World War, 11 of which are unidentified. There are also 76 non-war burials and one French grave. It was designed by G. Vey.

Within the cemetery is the EAST AFRICAL MEMORIAL, which commemorates men of the land forces who lost their lives in the advance from the south into Italian Somaliland and Ethiopia and during the occupation of those territories, and who have no known grave. Along with them are honoured those who died during the operations in Madagascar in 1942 and who have no known grave. Besides those who died in these campaigns, many men who were lost in the sinking of the troopship 'Khedive Ismail' en route to Ceylon on 12 February 1944 are commemorated here; they include a great part of the 301st Field Regiment, East African Artillery.

The cemetery also contains the NAIROBI MEMORIAL which commemorates 477 men of the United Kingdom, South African, and East African Forces who died in the non-operational zones of Kenya whilst in training, or on lines of communication or garrison duty, and whose graves could not be located or are so situated as to be unmaintainable.