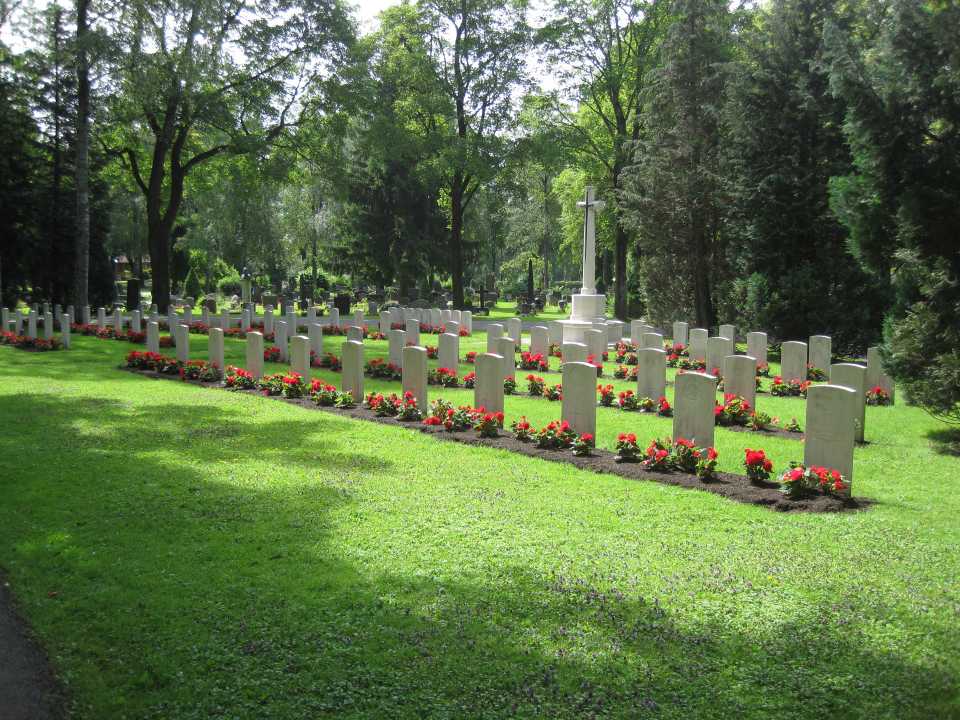 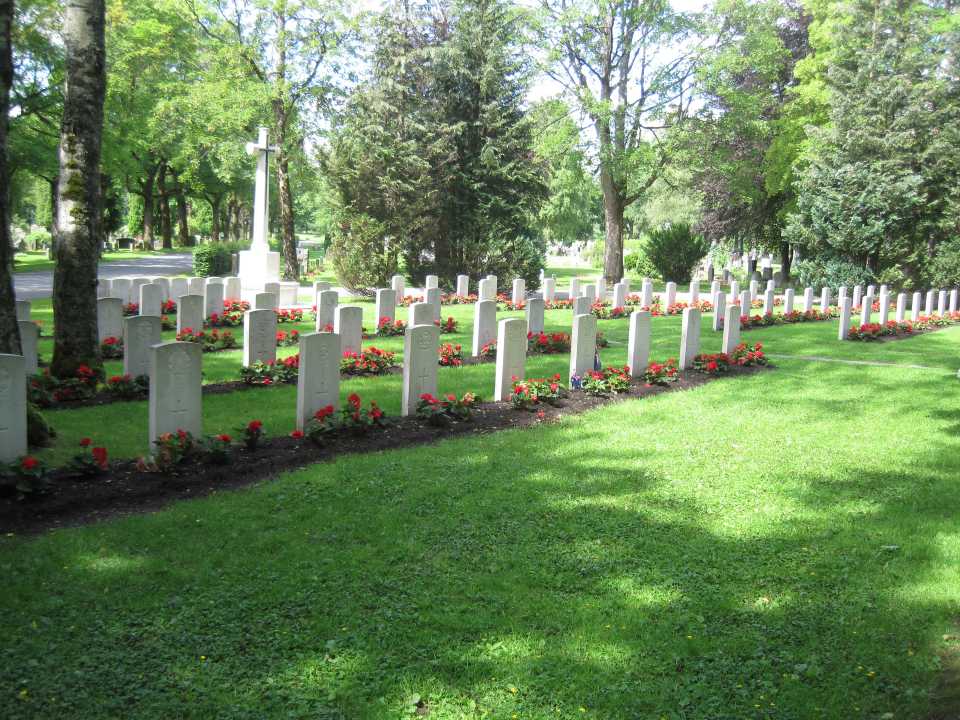 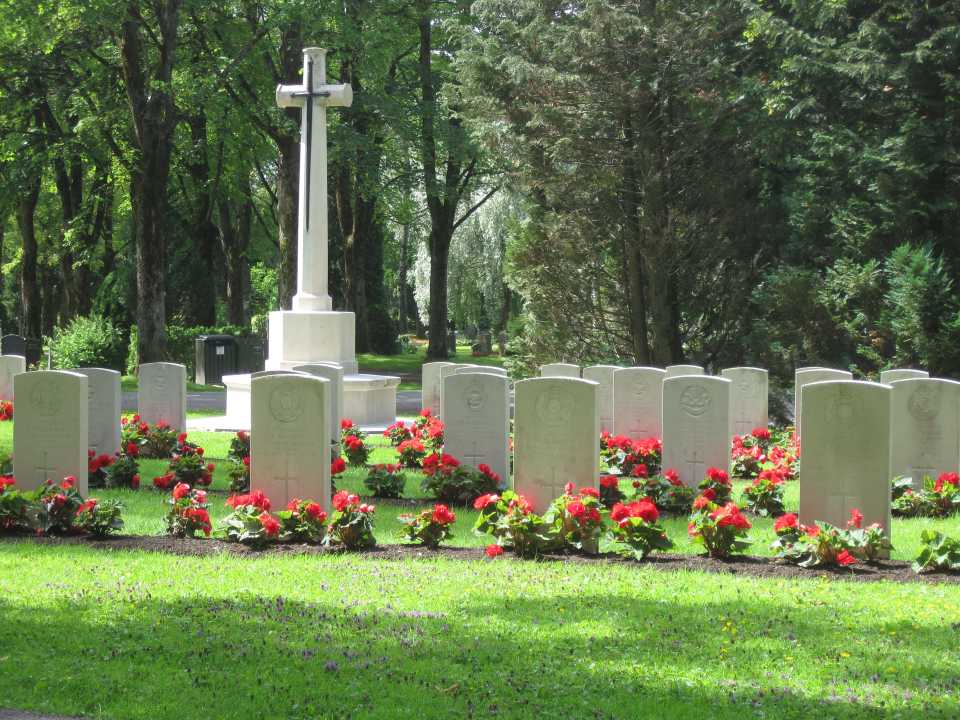 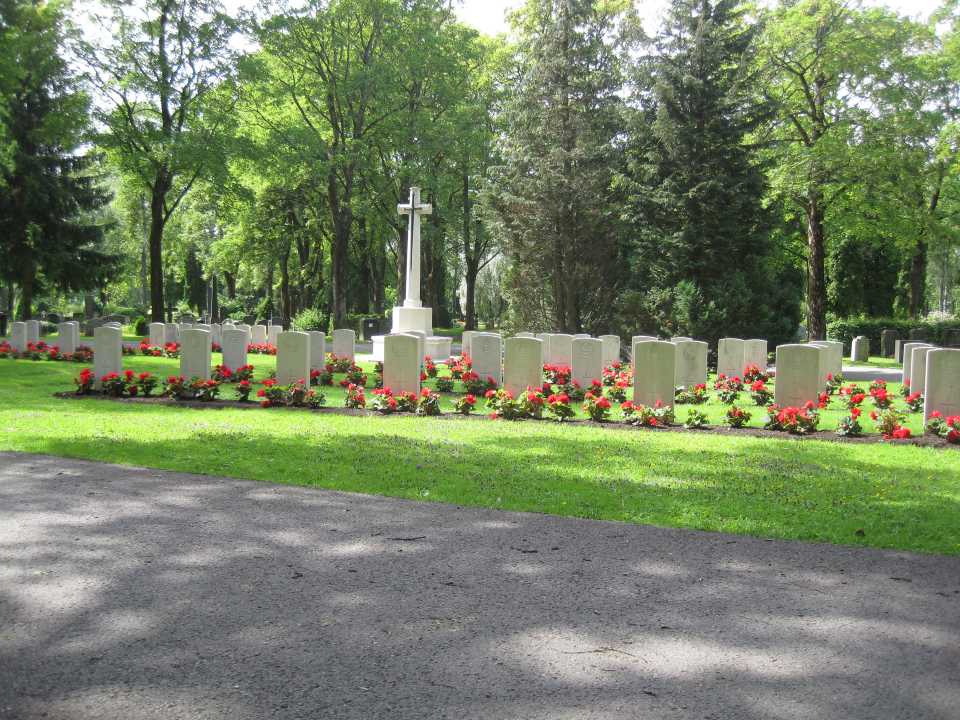 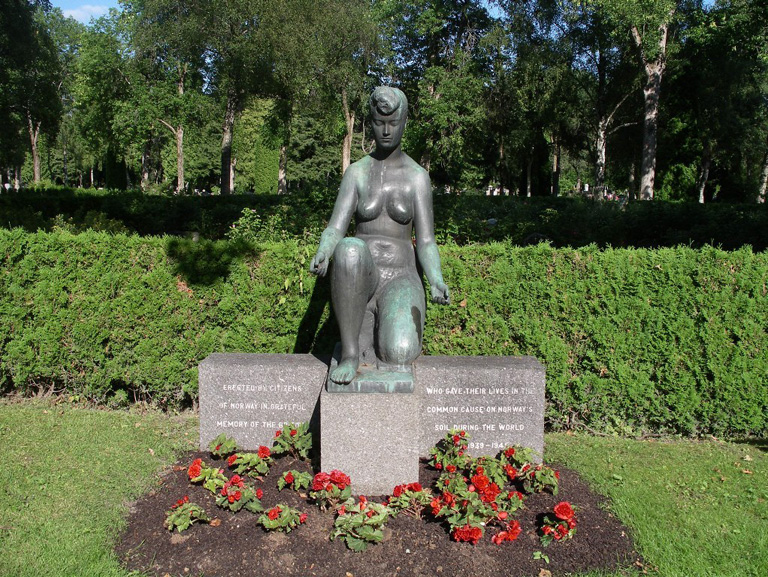 From the city centre head for the intersection between Ring 2 and the 168. Follow the 168 (Sorkedalsveien) for approximately 1 km until the cemetery is seen on the right side. At the junction with Skoyenven turn left at the traffic lights after the tram station and left again into the car park. From the car park take the path past the crematorium to the cross road 50 metres beyond the entrance and turn right following the sign to the chapel and offices. The path curves around to the left and beyond the bend the graves can be seen on the right side in plot 60. There is a cemetery plan at the start of the path from the car park.

During the Second World War, Norway was of strategic importance to the Germans. Their invasion on 9 April 1940 was sudden and widespread and despite Allied intervention, the entire country was under German occupation by early June. Thereafter, Allied activity in Norway was confined to raids and special operations, with the Commonwealth air forces providing support to Norwegian resistance groups until the German capitulation in May 1945. There are no Commonwealth war cemeteries in Norway, those who died there being buried in civil cemeteries and churchyards. Many of the graves in the Commonwealth plot at Oslo Western Civil Cemetery are of airmen shot down whilst attacking Oslo airport at Fornebu. The majority of the remaining soldiers and airmen were killed in air crashes during the airborne landings at Oslo, 43 having lost their lives on 10 May 1945, the day of liberation. In all, the war graves plot contains 101 Commonwealth burials. The Cross of Sacrifice was unveiled in November 1949 by General Otto Ruge, who commanded the Norwegian Army at the time of the German invasion in April 1940. Facing the Cross of Sacrifice on the opposite side of the front path, outside the plot, stands a memorial erected by the City of Oslo in honour of the men of the Commonwealth forces who died in Norway during the Second World War. It represents the figure of a mourning woman and was unveiled by His Majesty King Olav of Norway in June 1960.