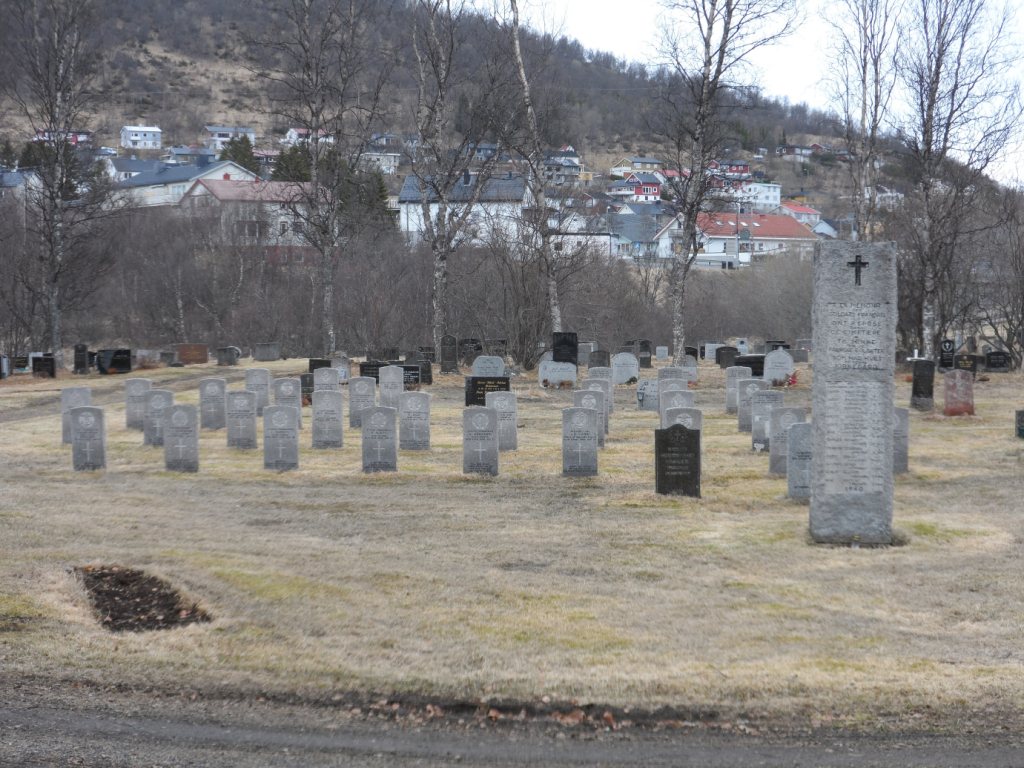 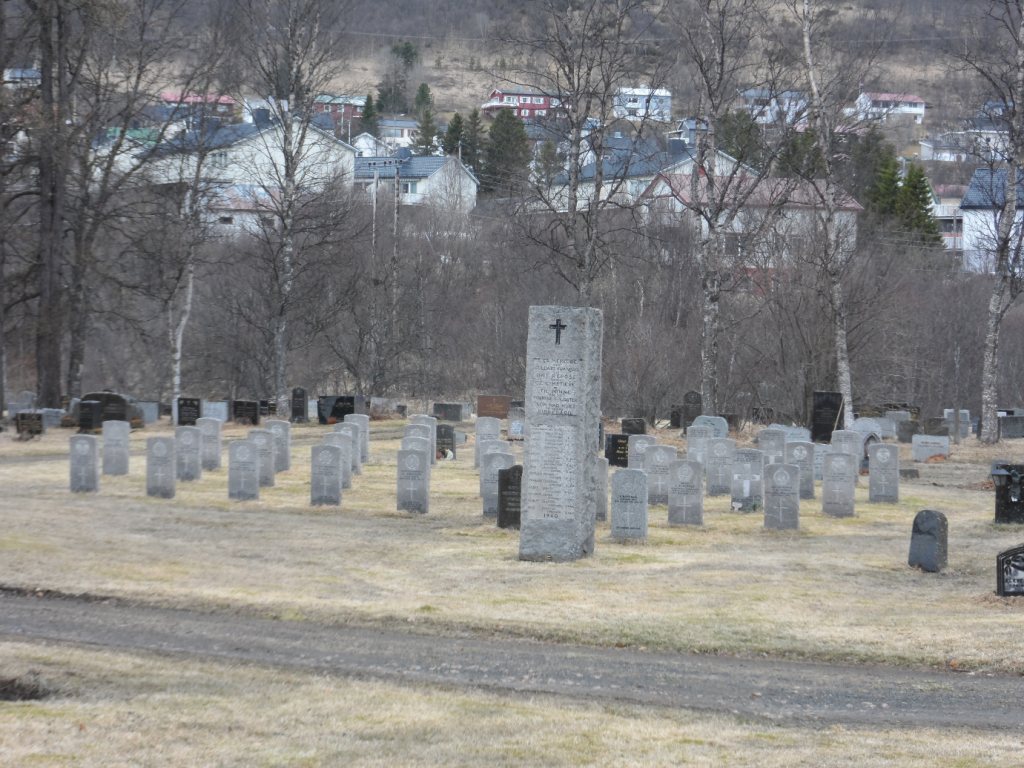 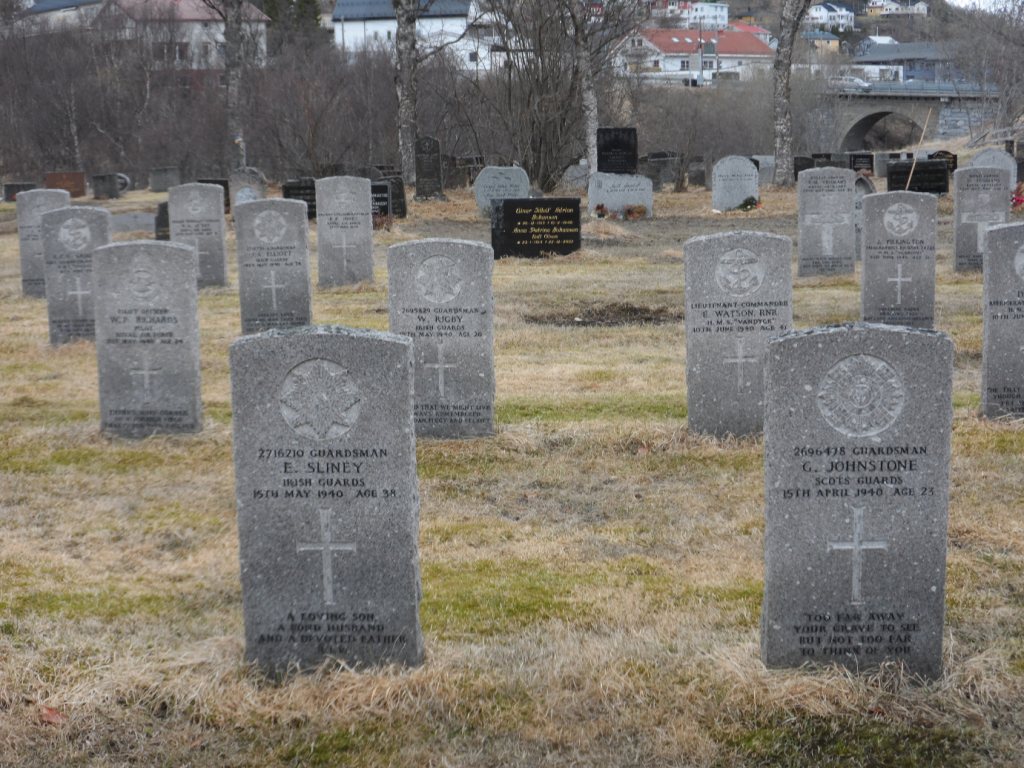 Harstad is on the north-east coast of Hinnoy Island on the Vaagsfjord, 55 kilometres north-west of Narvik. From the south follow route 83 through the town and up the hill past the Esso garage. A short way along this road on the left hand side is a large building with the sign "TINE" on the front. Turn left here and then turn first right into Langslette, then first right again into Movegen. Follow this road to the end and the cemetery is in front of you. Follow the path from the cemetery entrance for 100 metres to the second intersection and turn left. The Commonwealth war graves are 40 metres along on the right side.

During the Second World War, Norway was of strategic importance to the Germans. Their invasion on 9 April 1940 was sudden and widespread and despite Allied intervention, the entire country was under German occupation by early June. Thereafter, Allied activity in Norway was confined to raids and special operations, with the Commonwealth air forces providing support to Norwegian resistance groups until the German capitulation in May 1945. There are no Commonwealth war cemeteries in Norway, those who died there being buried in civil cemeteries and churchyards. Harstad was used as the military headquarters and main port of disembarkation for the expeditionary force sent to northern Norway in April 1940 and was repeatedly attacked by German aircraft throughout the entire operation. 701 Walrus Squadron of the Fleet Air Arm and 263 Gladiator (Fighter) Squadron operated from Harstad, the latter moving to Bardufoss Aerodrome in May. The graves of those who died in Bardufoss were later transferred to the Commonwealth plot at Harstad. Harstad Cemetery contains 33 Commonwealth burials, one of them unidentified. The cemetery also contains plots of other Allied war graves.