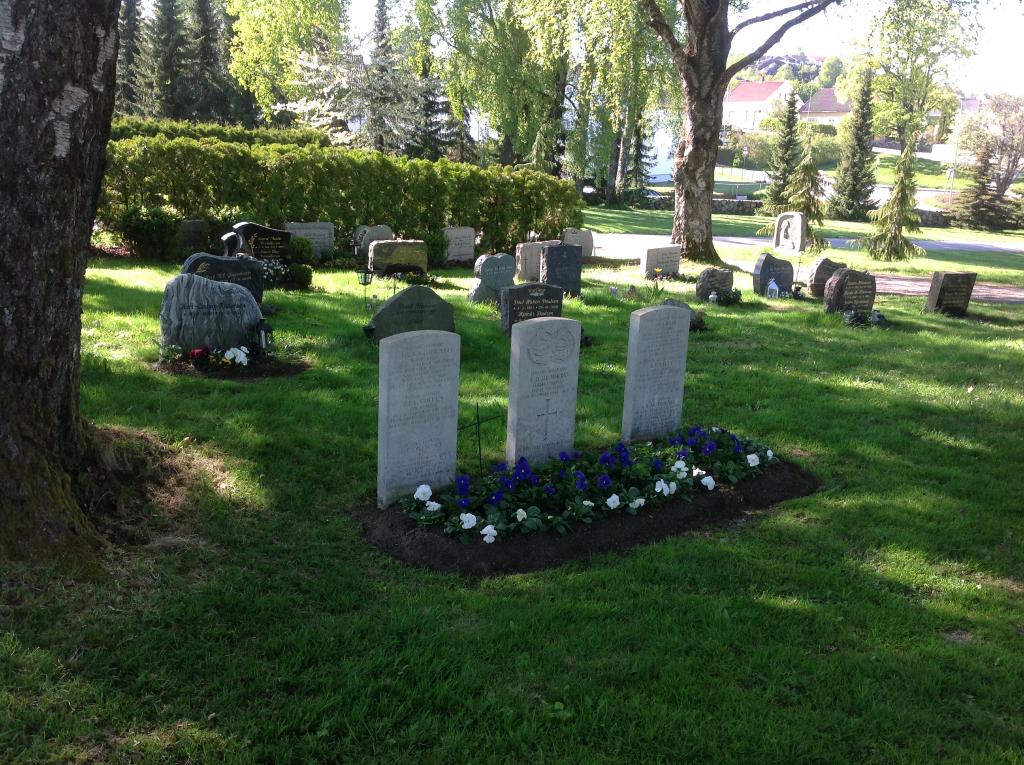 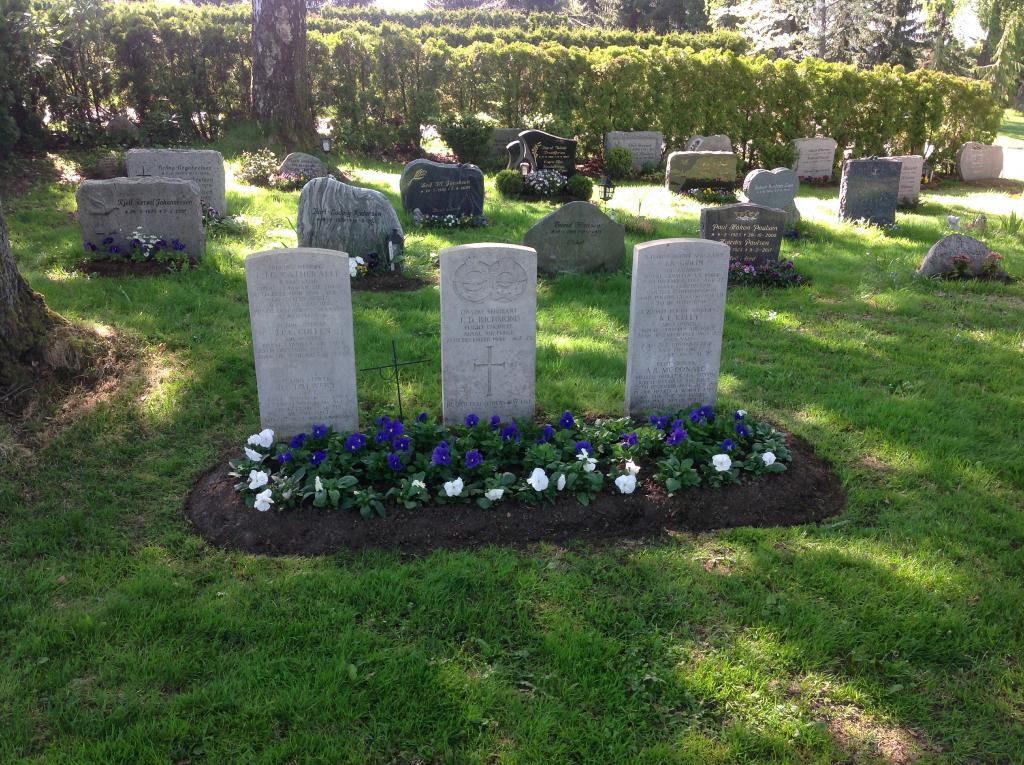 Sandefjord is a town on the west coast of the Oslofjord. From Larvik follow the 303 to Sandefjord. At the roundabout with a petrol station follow the signs to the hospital (Sygehuis) along Skiringssalsveien, then turn left into Bugardsgata. The churchyard is on the corner. From the churchyard gate follow the main path, then take the first path on the left and the Commonwealth war graves are along here on the right.

During the Second World War, Norway was of strategic importance to the Germans. Their invasion on 9 April 1940 was sudden and widespread and despite Allied intervention, the entire country was under German occupation by early June. Thereafter, Allied activity in Norway was confined to raids and special operations, with the Commonwealth air forces providing support to Norwegian resistance groups until the German capitulation in May 1945. There are no Commonwealth war cemeteries in Norway, those who died there being buried in civil cemeteries and churchyards. Sandefjord (Ekeberg) Churchyard contains the graves of seven Commonwealth airmen.