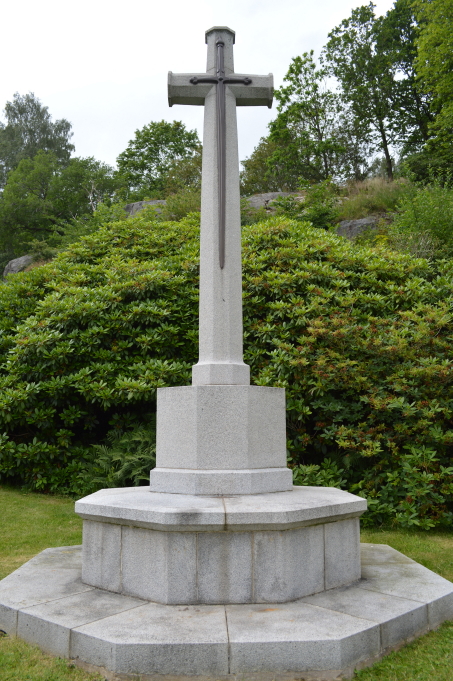 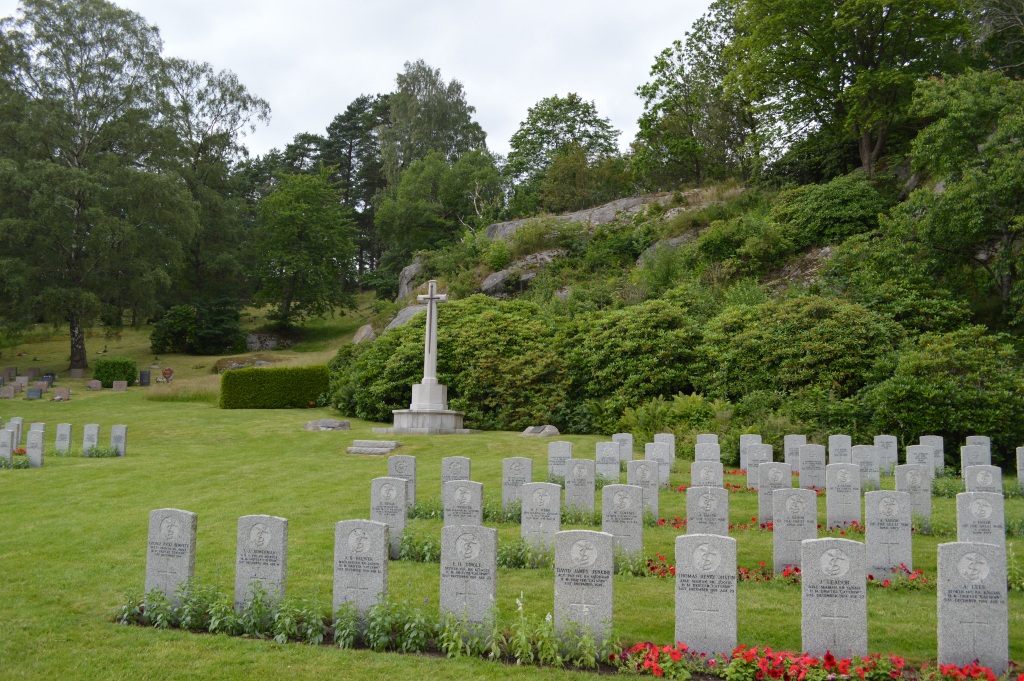 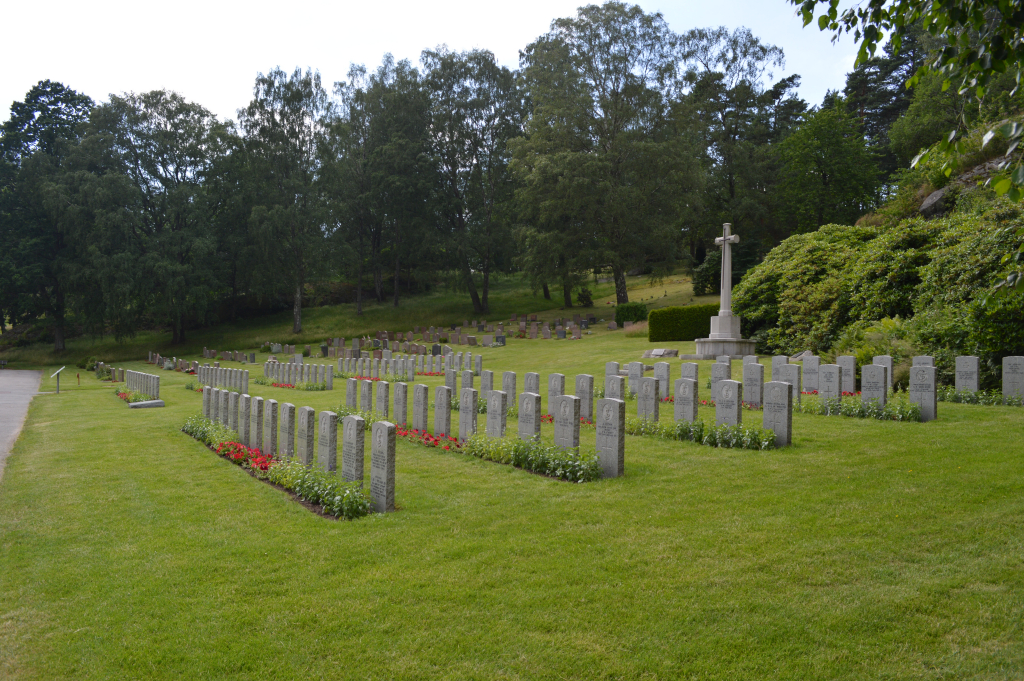 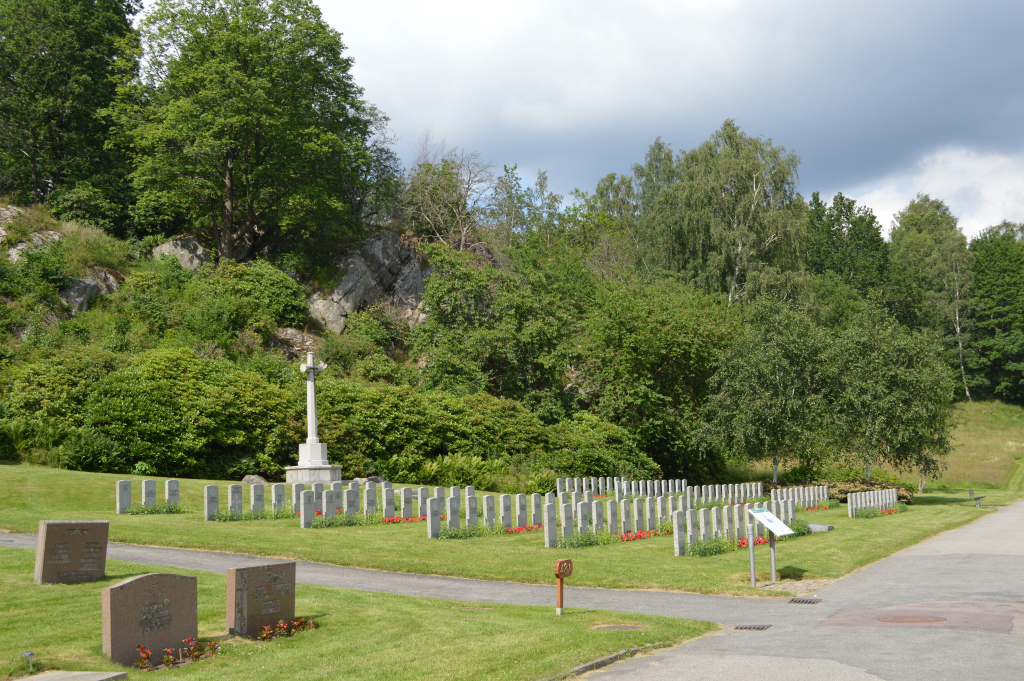 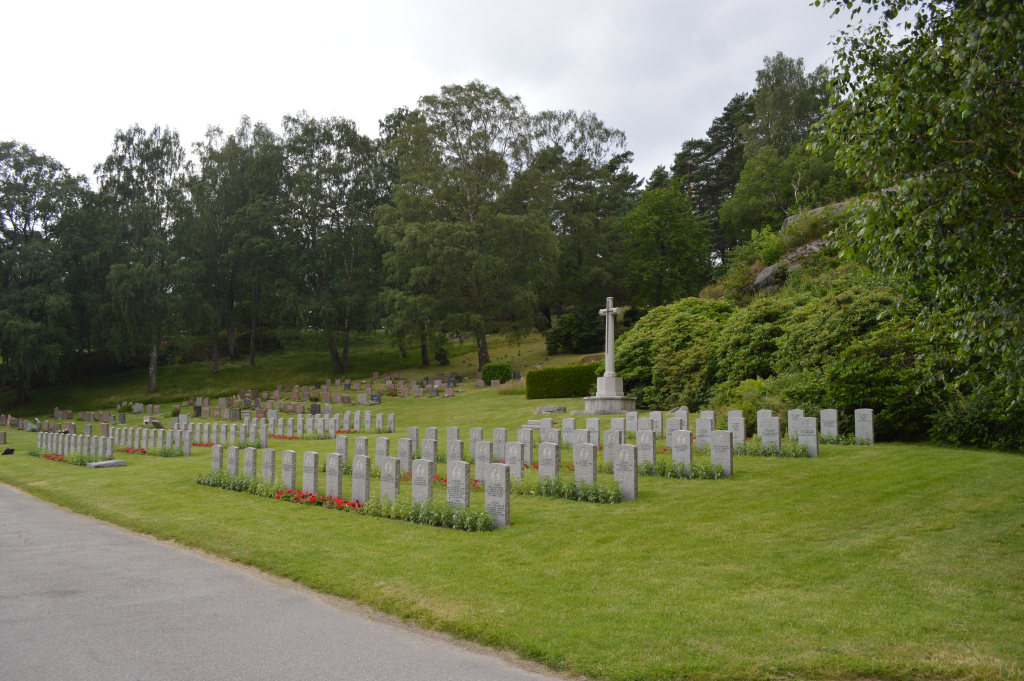 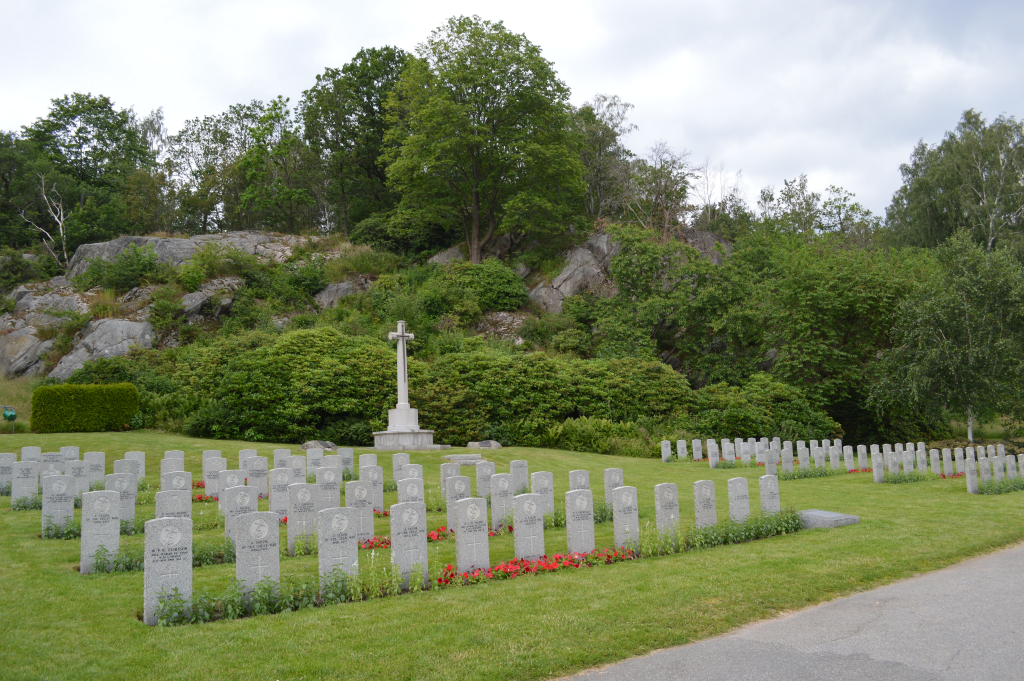 From the centre of Gothenburg head from the North East section of the city and pick up the sign for Gamelstaden then, subsequently, Kortedala. Follow this direction until a large roundabout is reached (junction of Kortedalavägen and Regementsgatan) with a petrol station on the right. The cemetery is directly opposite this.

In this very large cemetery and the Commission plot (referred to as Engelska Krigsgrave) is marked with a red square on the cemetery plans at the entrance and close to the administrative buildings. From the entrance take the central avenue to the T junction, turn right and continue to the end of the road. Turn left and follow the road which winds upwards towards the rear of the cemetery. The plot is on rising ground close to the crematorium and can be seen from some distance.

Although Sweden remained neutral throughout both world wars, a number of Commonwealth servicemen lie buried in her cemeteries and churchyards.

Most of the First World War burials are of Naval casualties from the Battle of Jutland in 1916, or from the hired drifter 'Catspaw', wrecked on the south-east coast in December 1919. The Second World War graves are mostly those of airmen who failed to return from bombing raids over Germany or German occupied territories.

Many casualties of both wars were buried in isolated and inaccessible locations and in 1961, the Gothenburg Church Commission made land available for a war graves plot in Kviberg Cemetery, which allowed these graves to be relocated. Three further burials were made in the plot in 1976, when a crashed aircraft, buried in snow in Lapland since 1942 was discovered during a thaw.

The Commonwealth plot in Kviberg Cemetery now contains 68 burials of the First World War, 30 of which are unidentified. Second World War burials number 46, 11 of them unidentified.