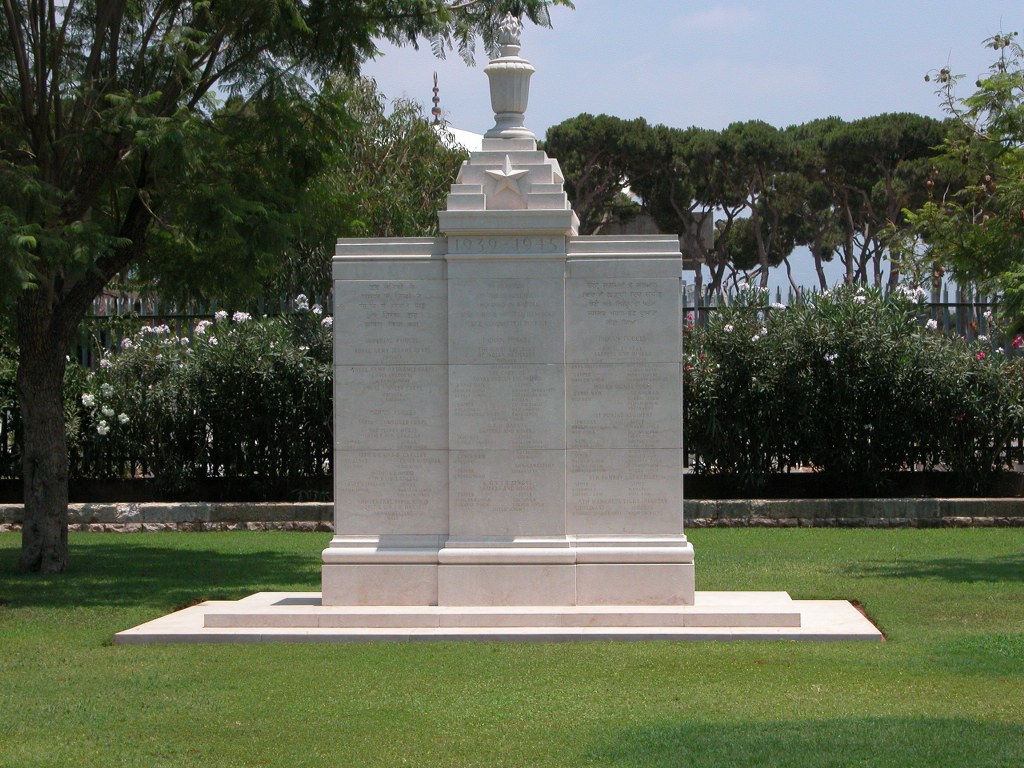 Formerly part of the Ottoman Empire, Lebanon was taken from the Turks in 1918 by British forces with small French and Arab detachments. It was occupied by the 27th (Meerut) Division on the 8th October 1918, when French warships were already in the harbour, and the 32nd and 15th Combined Clearing Hospitals were sent to the town. In 1922 it become, with Syria, French mandated territory and after the fall of France in 1940 the two countries, under the control of the Vichy French, were a potential base for the Axis powers. German infiltration into Syria in May 1941 constituted a threat to the Suez Canal and the British positions in the Middle East and was the signal for the occupation of both these countries by the Allies. The campaign lasted from the 8th June until the 11th July 1941, when the French asked for an armistice. Subsequently the French Mandate was superseded by an agreement which made Lebanon an independent state from the 1st January 1944. The Cremation Memorial commemorates soldiers of undivided India (many of whom were killed in the fighting of June and July 1941) and an East African soldier, whose remains were accorded the last rite required by their religion - committal to fire. There are now over 250, 1939-45 war casualties commemorated on this memorial.