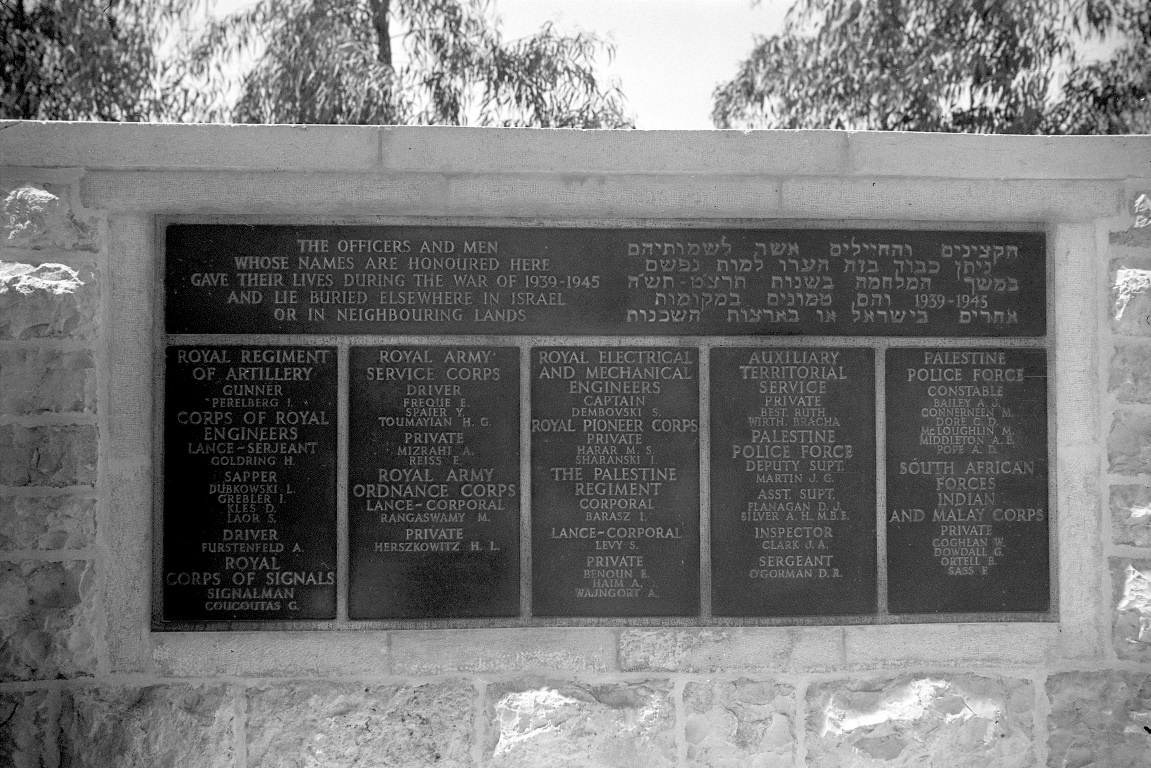 The Memorial is in Ramleh War Cemetery, in the shelter standing at the right-hand end of the terrace at the entrance. From Tel Aviv, proceed along Route One (Ayalon) towards Jerusalem. Pass the exit to Ben Gurion airport. Proceed along Route 40 to the T Junction with Route 44, signposted Bet Shemesh, Lod. Turn right and follow Route 44 towards Lod until the first set of traffic lights. Turn right towards Lod and Ramleh Prison on the route 434. Opposite the prison turn into a minor road with a supermarket on the right. At junction turn right after approximately 100 metres. Take the first left after approximately 75 metres. Follow this minor road for approximately 300 metres veering to the left. The cemetery entrance will be found on the right.

The cemetery dates from the First World War, when Ramleh (now Ramla) was occupied by the 1st Australian Light Horse Brigade on 1 November 1917. Field ambulances, and later casualty clearing stations, were posted at Ramleh and Lydda from December 1917 onwards. The cemetery was begun by the medical units, but some graves were brought in later from the battlefields and from Latron, Sarona and Wilhema Military and Indian Cemeteries.

RAMLEH WAR CEMETERY contains 3,300 Commonwealth burials of the First World War, 964 of them unidentified. Second World War burials number 1,168. There are also 891 war graves of other nationalities from both wars, and 525 non-war burials, many from the RAF and garrison stations that were at Ramleh in the inter war years and until the end of the British Mandate in Palestine in 1948.

The RAMLEH 1914-1918 MEMORIAL, erected in 1961 to commemorate more than 300 Commonwealth, German and Turkish servicemen of the First World War who lie buried in cemeteries elsewhere in Israel where their graves could no longer be maintained. Only 74 of the casualties are named.

The RAMLEH 1939-1945 MEMORIAL, which commemorates 28 Jewish and non Arab service personnel of the Second World War, and six non-war casualties of the Palestine Police Force, who lie buried in cemeteries elsewhere in Israel where graves could not be maintained in perpetuity.