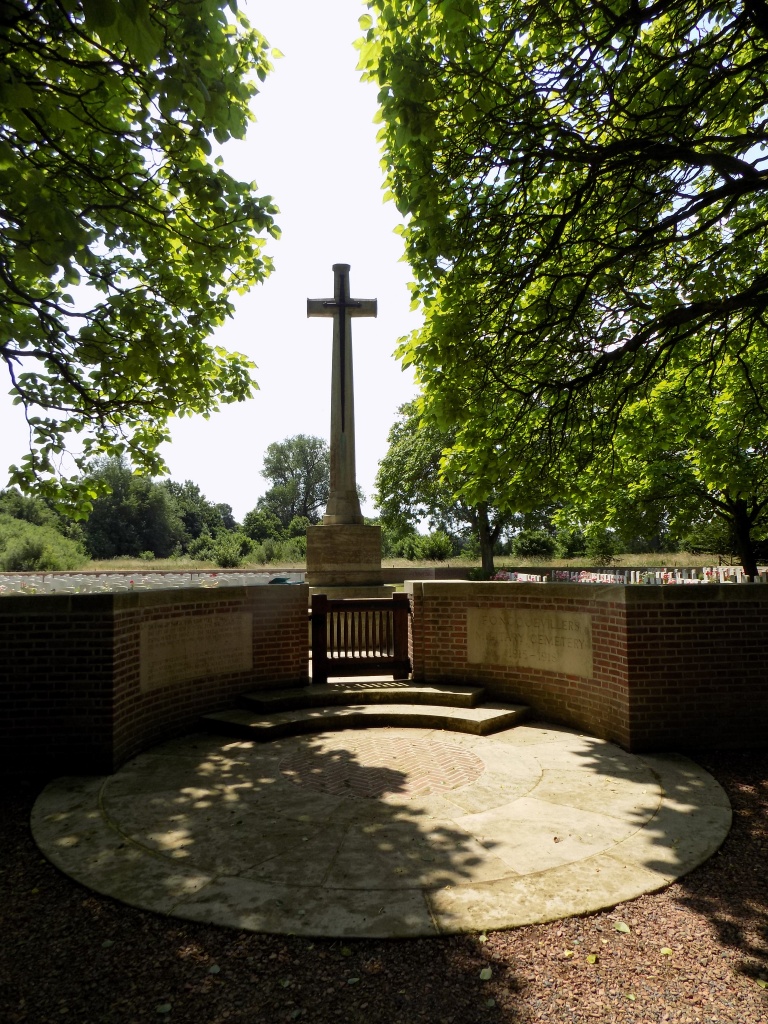 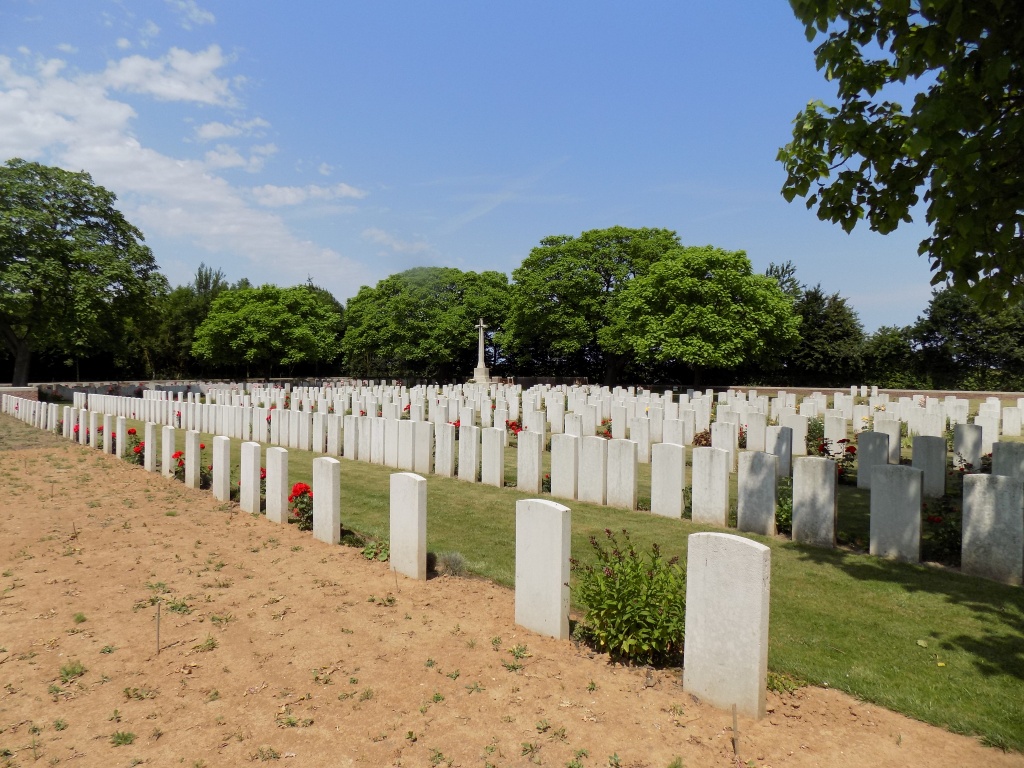 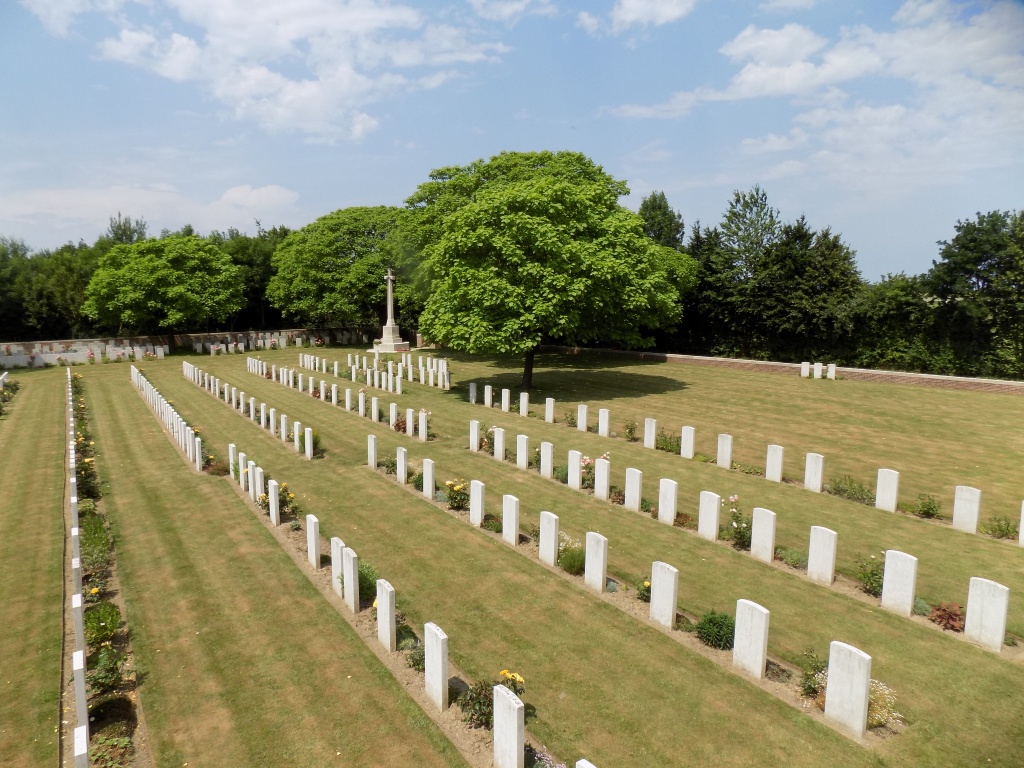 Foncquevillers is a village about 18 kilometres south-west of Arras on the D3. The Military Cemetery is on the western outskirts of the village and a CWGC signpost indicating the direction of the site is situated at the junction just beyond the village green on the D3, coming from Arras.

In 1915 and 1916 the Allied front line ran between Foncquevillers and Gommecourt. The cemetery was begun by French troops, and taken over by Commonweatlh forces. It remained in use by units and field ambulances until March 1917, the burials in July 1916 (particularly in Plot I, Row L) being especially numerous. The cemetery was used again from March to August 1918, when the German offensive brought the front line back to nearly the old position. Seventy-four graves were brought in after the Armistice from the battlefields of 1916 and 1918 to the east of the village and the 325 French military graves were removed to La Targette French National Cemetery, near Arras. The village of Foncquevillers was "adopted" by the town of Derby. The cemetery contains 648 Commonwealth burials of the First World War. 53 of the burials are unidentified but there are special memorials to two casualties known to be buried among them. There are five airmen of the Second World War buried in the cemetery, and four Germans. There is also 1 French Non World War burial. The cemetery was designed by Sir Reginald Blomfield.