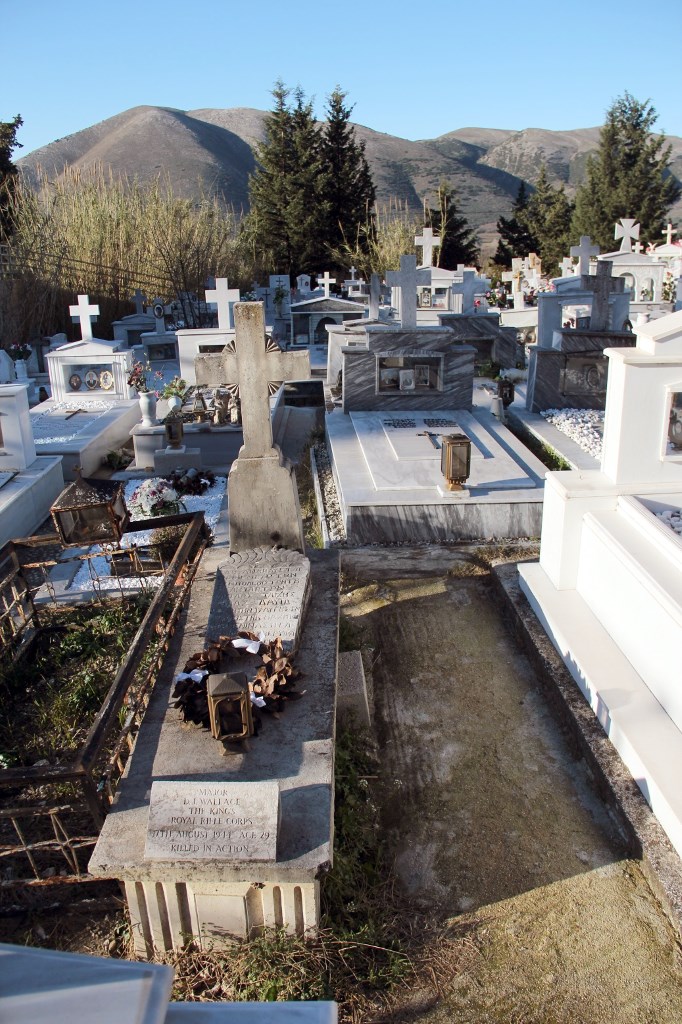 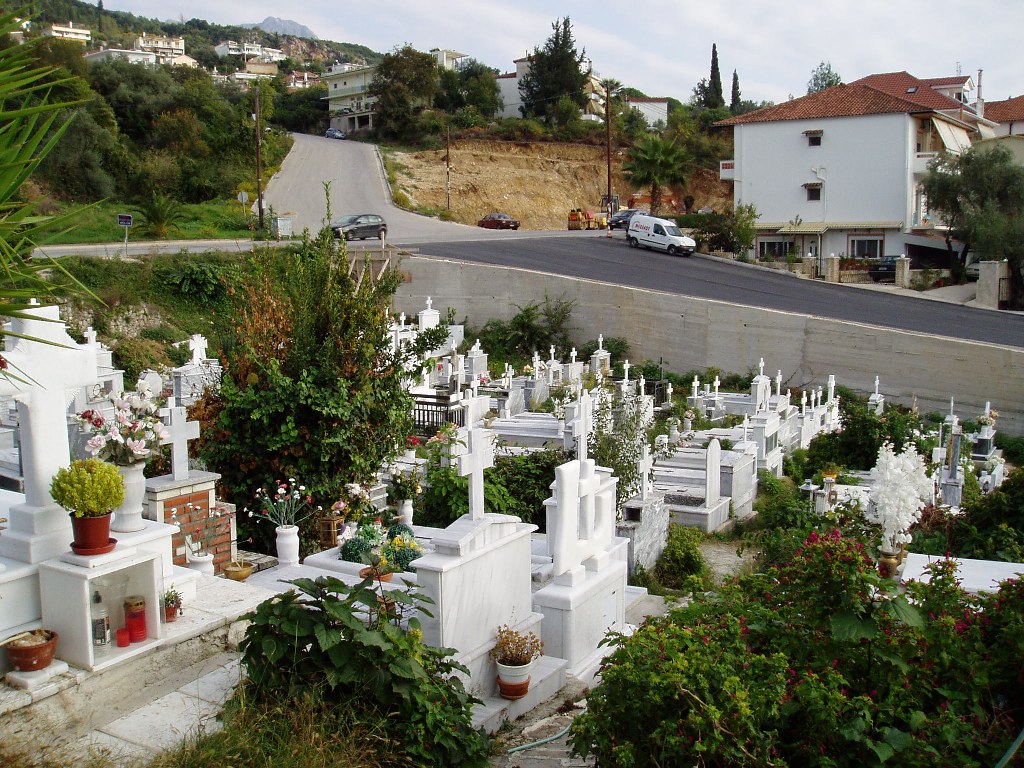 The village of Paramythia is in central Greece and lies a few kms before Igoumenitsa town and port just off the E90 Thessaloniki/Igoumenitsa motorway. Take the exit marked Paramythiaand continue for approximately 2 kms. The cemetery surrounds an old church on the lower road that goes through the village. The grave is in the lower section of the cemetery on the left hand side.

The single Commonwealth war grave in the cemetery is that of an officer of the British Army who lost his life while attached as an observer to the 10th Greek Division, the strongest national resistance force fighting against the Germans. It is marked by a memorial raised by the 10th Division, and the inscription is in Greek. The translation reads: "Here rests amongst his guerilla comrades an Englishman, Major David Wallace, killed on 17th August, 1944, in the battle of Meninas. The soil of Greece is honoured to give shelter to this hero."