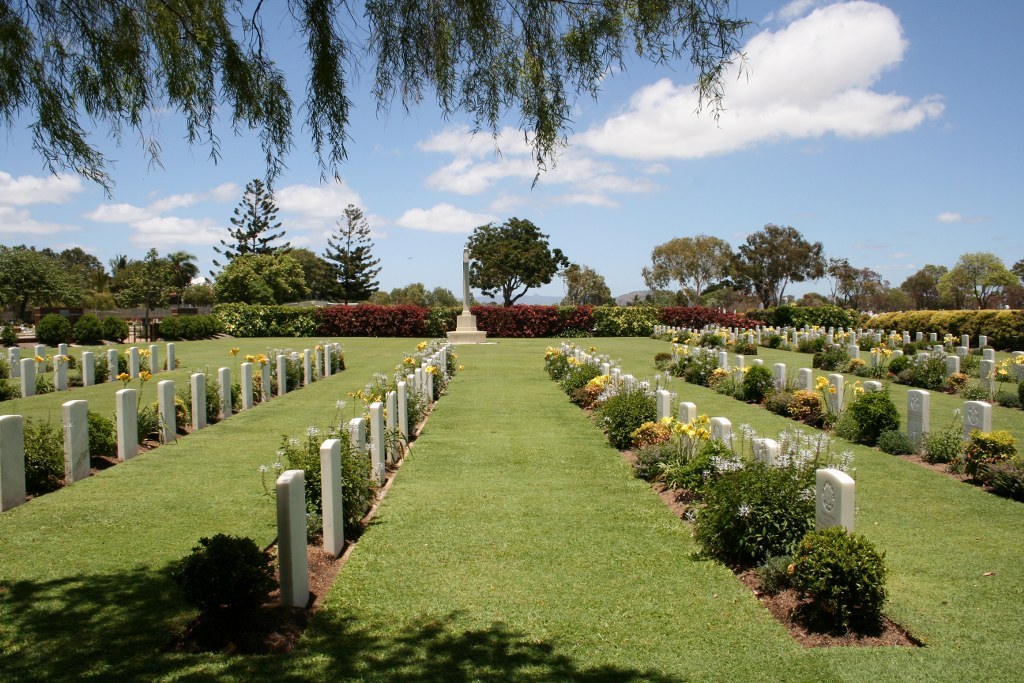 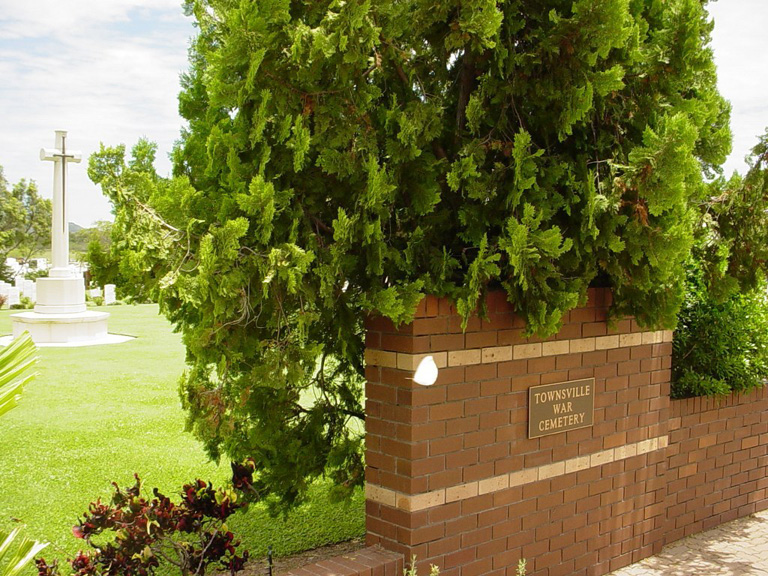 During the Second World War Townsville was a Royal Australian Air Force Base, and a base for the new American heavy bombers was constructed there. In 1941 it also became the base of an Area Combined Headquarters, established to ensure naval and air co-operation in trade defence in North-Eastern Australia. It was one of the ports of embarkation for troops to New Guinea and the islands, and in its vicinity were many transit camps and a base hospital for troops evacuated through sickness and wounds from New Guinea. Townsville War Cemetery was originally acquired by the Army who carried out considerable development before it was taken over by the Commission. It contains 222 Second World War burials.