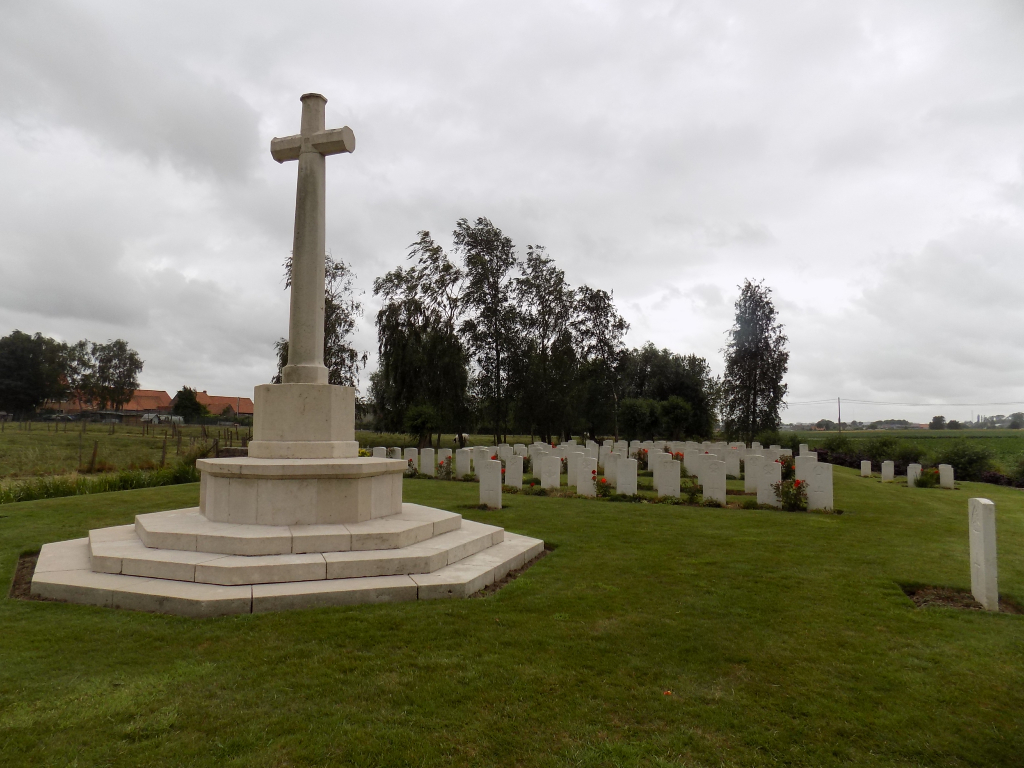 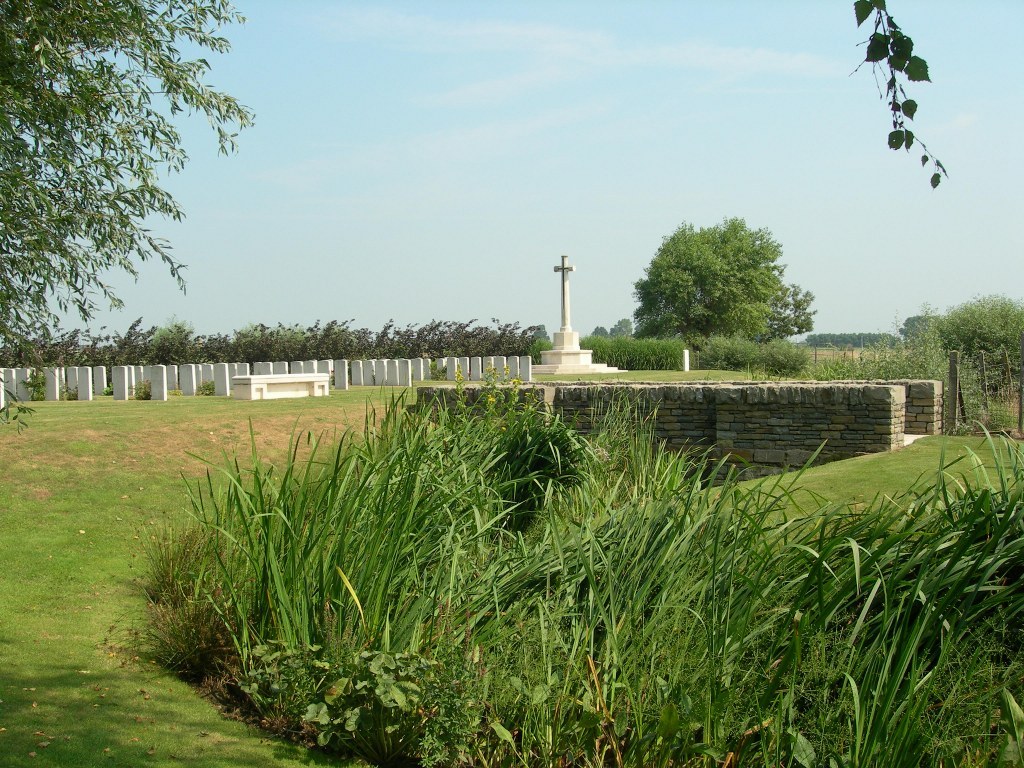 Grootebeek British Cemetery is located 8 km west of Ieper town centre on the Bellestraat, a road leading from the N308 connecting Ieper to Poperinge via Vlamertinge. From Ieper town centre the Poperingseweg (N308), is reached via Elverdingsestraat then directly over two small roundabouts in the J. Capronstraat. The Poperingseweg is a continuation of the J. Capronstraat and begins after a prominent railway level crossing. On reaching the village of Vlamertinge take the left hand turning onto the Bellestraat, after crossing the N38 Ieper Poperinge road the cemetery lies a further 5 km along the Bellestraat which changes its name to Vlamertingseweg. The site is on the right hand side of the road in the hamlet of Ouderdom.

Visitors to this site should note a 100 metre grassed access path which is not suitable for vehicles.

The village of Reninghelst was in Allied hands from the autumn of 1914 to the end of the First World War. From March 1915, Commonwealth burials were made in the Churchyard, the Churchyard Extension and the New Military Cemetery, but in April 1918, during the Battles of the Lys, a new cemetery was made by field ambulances and fighting units near the hamlet of Ouderdom, on the Poperinghe-Wytschaete road. It was originally called OUDERDOM MILITARY CEMETERY, but later renamed Grootebeek British Cemetery, from the stream (Grootebeek, or Groote Kemmelbeek) which runs beside it. It was used at intervals until the end of September 1918 and it absorbed a small Indian cemetery made on the spot in April 1915. The cemetery contains 109 Commonwealth burials and commemorations of the First World War. One grave destroyed by shell fire is now represented by a special memorial, and another special memorial records the name of Pte J. Lynn, VC, who was buried in Vlamertinghe Churchyard but whose grave was similarly destroyed. The two Second World War burials date from May 1940 and the withdrawal of the British Expeditionary Force ahead of the German advance. The cemetery was designed by W.H. Cowlishaw.