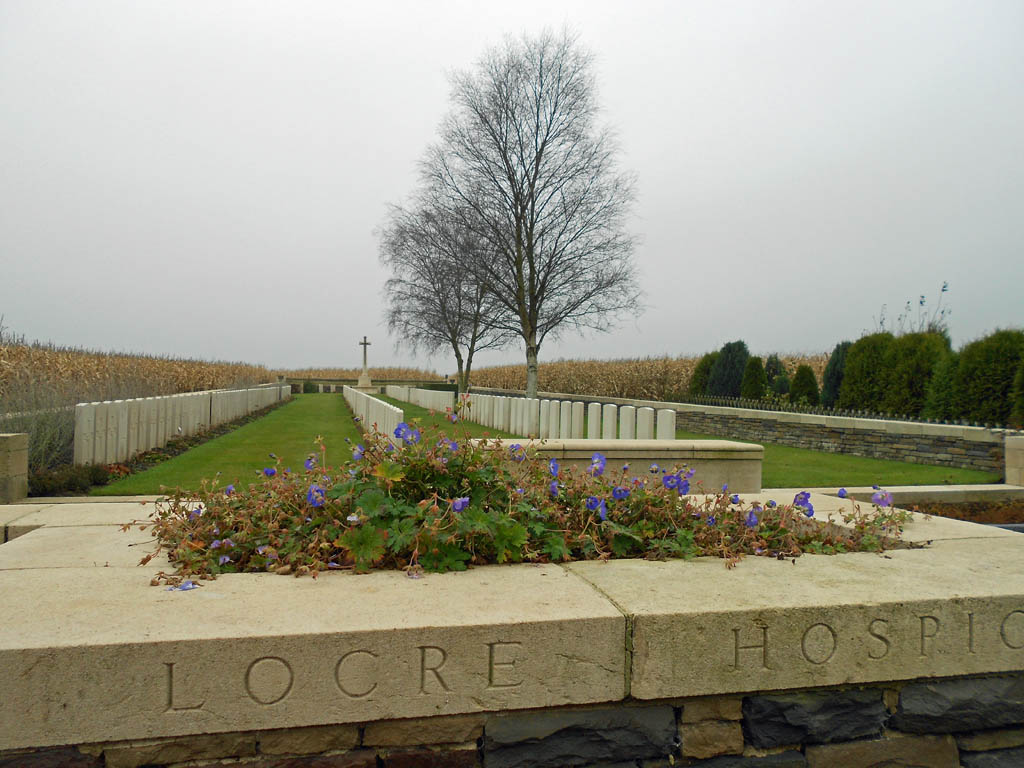 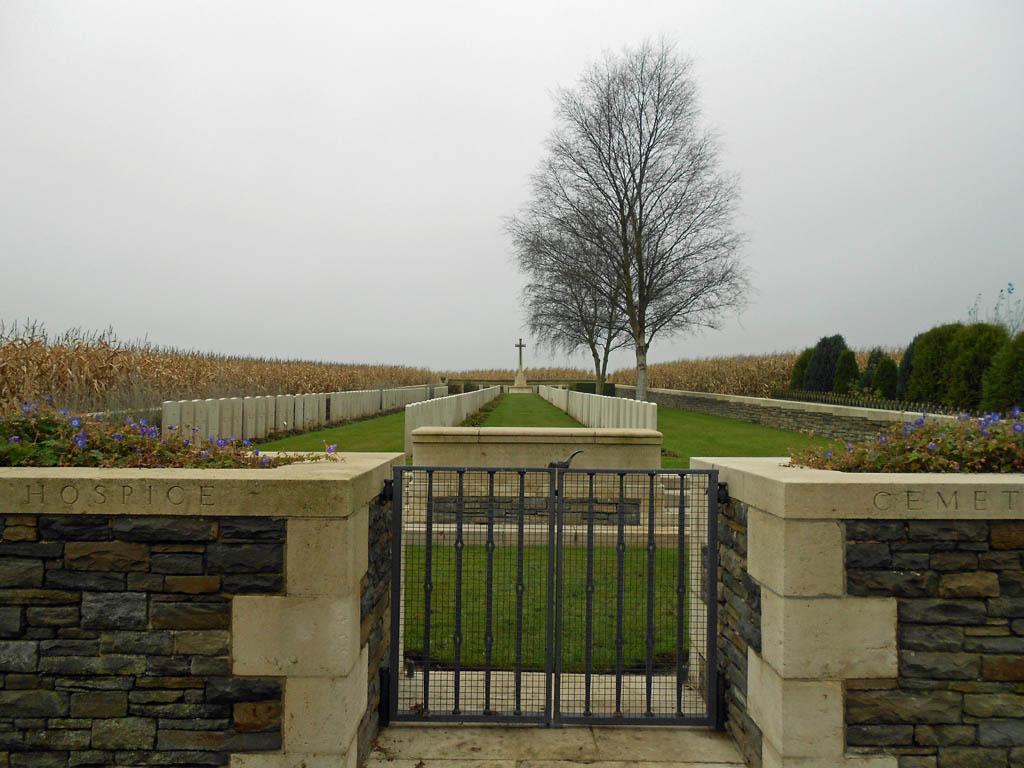 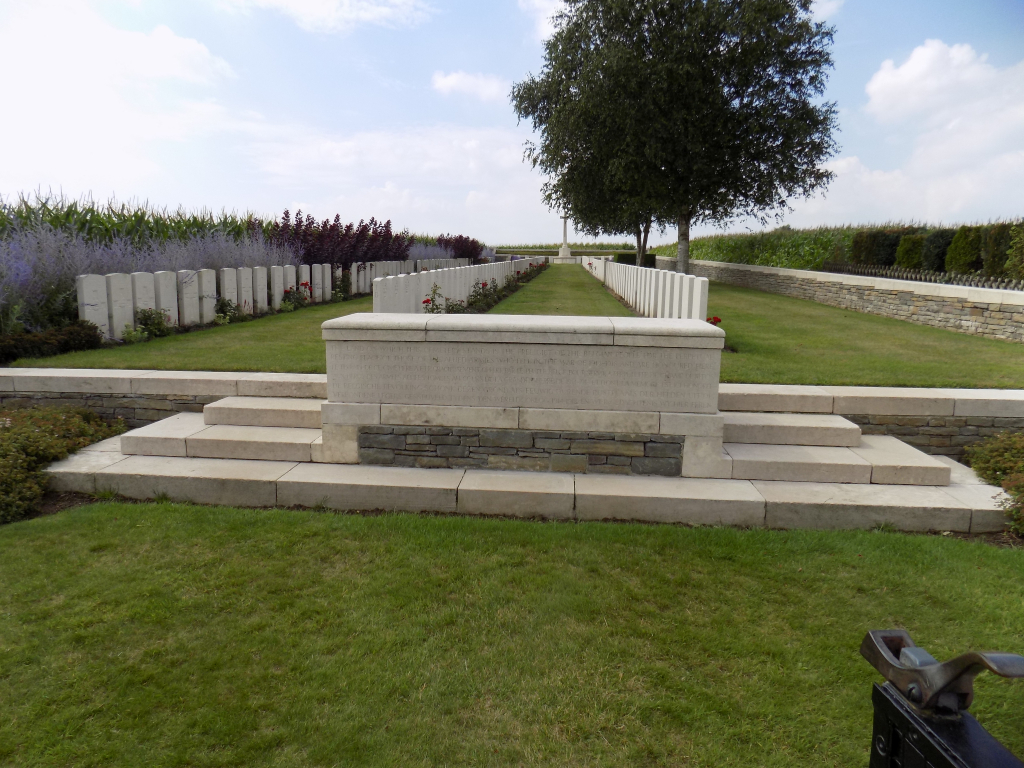 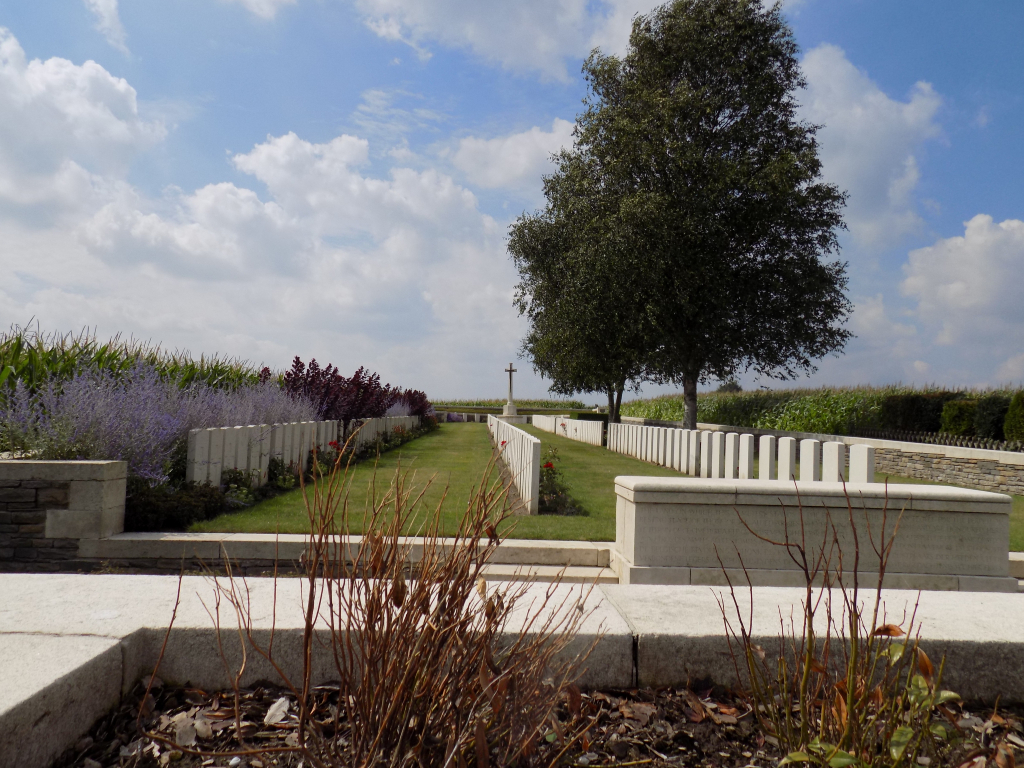 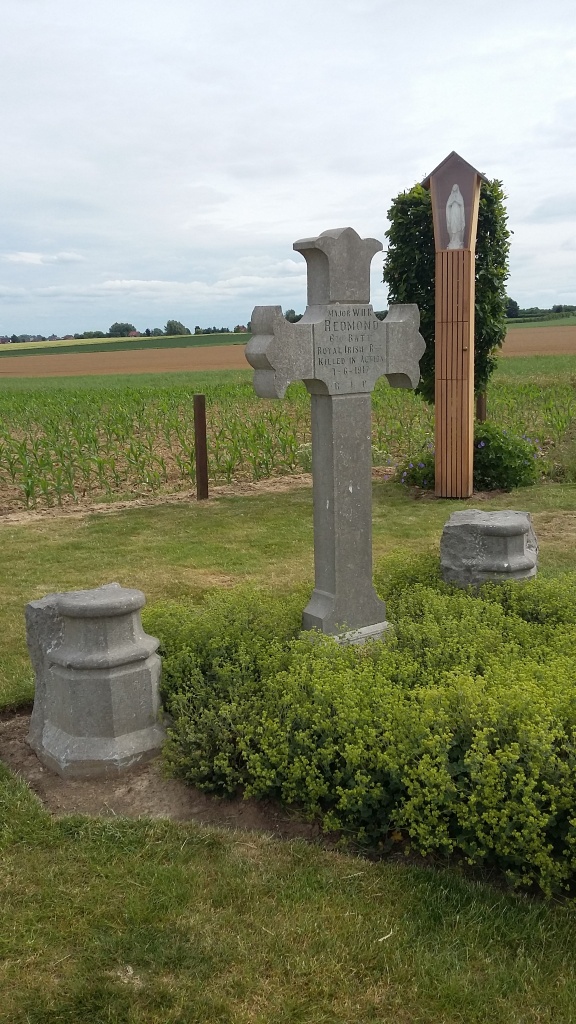 Wheelchair access with some difficulty due to the entrance being accessed via a narrow 20 metre grassed path and 4 steps within the cemetery itself.

Locre (now Loker) was in Allied hands during the greater part of the war, and field ambulances were stationed in the Convent of St. Antoine. The village changed hands several times between 25 and 30 April 1918, when it was recaptured by the French. The hospice, or convent, was the scene of severe fighting on 20 May, but was not retaken until first week in July. The Hospice Cemetery was begun in June 1917 by field ambulances and fighting units, and was used until April 1918. After the Armistice four graves were transferred to it from the garden of the Hospice, which was ultimately rebuilt. The cemetery now contains 244 Commonwealth burials and commemorations of the First World War. 12 of the burials are unidentified and ten graves destroyed by shellfire are now represented by special memorials. The 14 Second World War burials date from late May 1940 and the withdrawal of the British Expeditionary Force to Dunkirk ahead of the German advance. There are also two German burials in the cemetery. The cemetery was designed by W H Cowlishaw. A Celtic cross, marking the grave of Major W H K (Willie) Redmond, Member of Parliament for Wexford, stands 100 meters along a grass track on the northern side of the cemetery. Major Redmond was mortally wounded at the battle of Messines and was buried in the Convent garden of the Locre hospice and his widow erected this memorial to mark his grave. Until the late 1950's the grave was maintained by a Sister from the (new) Locre hospice. In the 1990's the land was purchased by the Belgian State and is now maintained by the Commonwealth War Graves Commission.