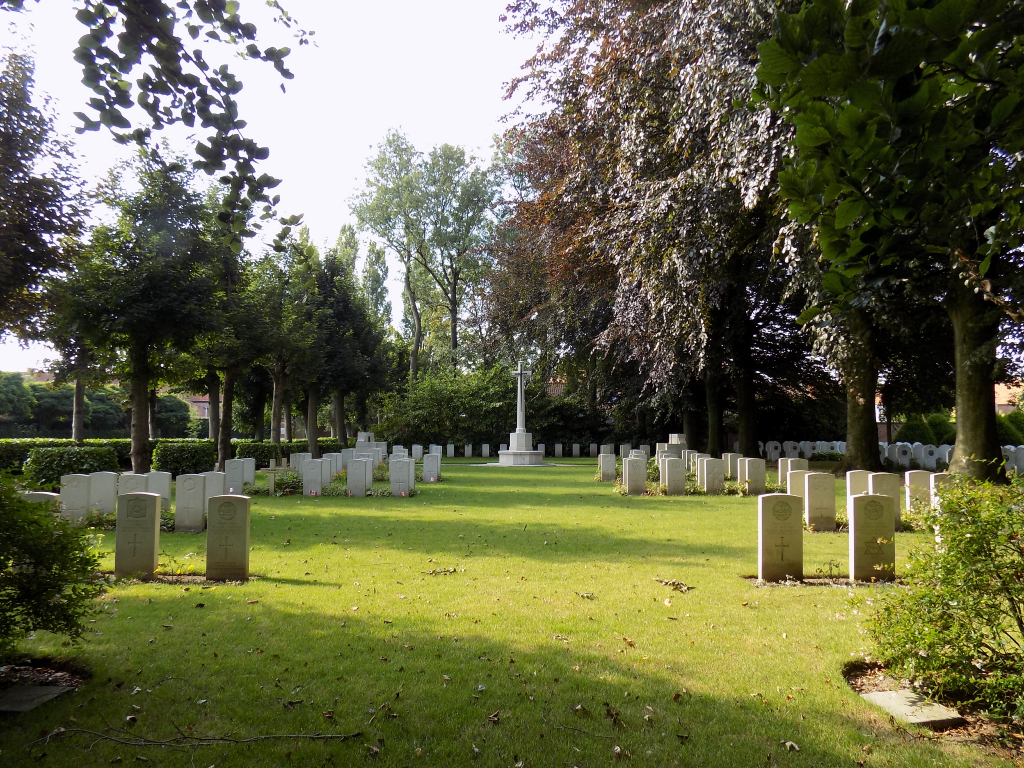 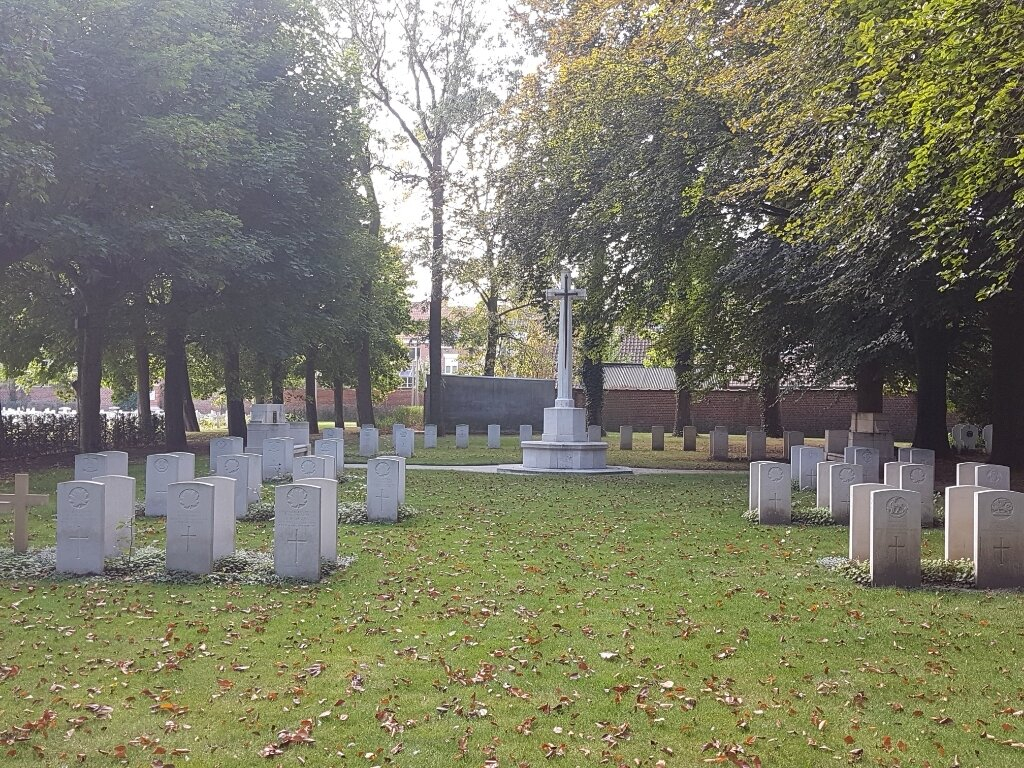 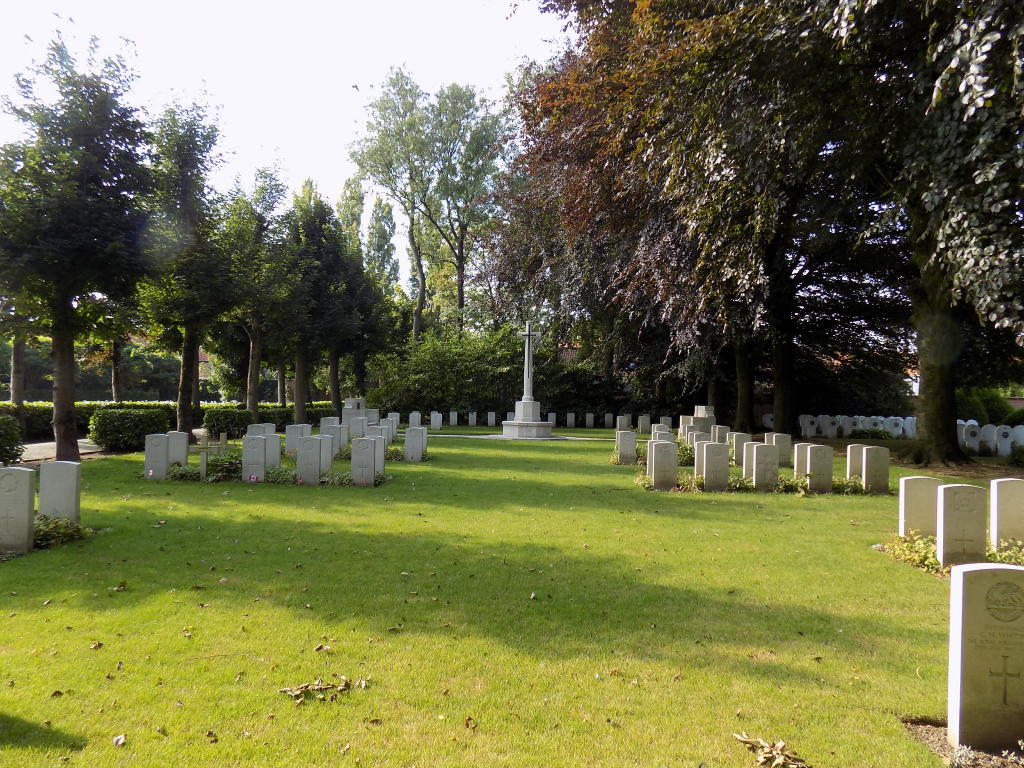 Roeselare Communal Cemetery is located 20 kms north-east of Ieper town centre via the villages of Zonnebeke and Moorslede (N332). Roeselare is approached via the Iepersestraat and crosses the R32 Roeselare ring road. Before reaching the Town Centre turn left into Molenstraat then take the second right onto Kerminstraat followed by the first left into Blekerijstraat. The cemetery entrance is on the left opposite Arme Klaarenstraat.

During the First World War Roulers (now Roeselare) was occupied by the Germans from 19 October 1914 to 14 October 1918. The communal cemetery was used for prisoner of war burials and Commonwealth, French and Belgian servicemen are buried predominantly in their respective national plots at the southern end of the cemetery.

There are 91 First World War Commonwealth casualties commemorated in this cemetery, 8 of which are unidentified, Special memorials commemorate two casualties buried at Roulers German Cemetery whose graves were destroyed by shellfire.

3 of the First World War casualties were brought in from churchyards at Hooghlede and Knocke in 1936.

The cemetery also contains seven burials from the Second World War, all dating from 1940.