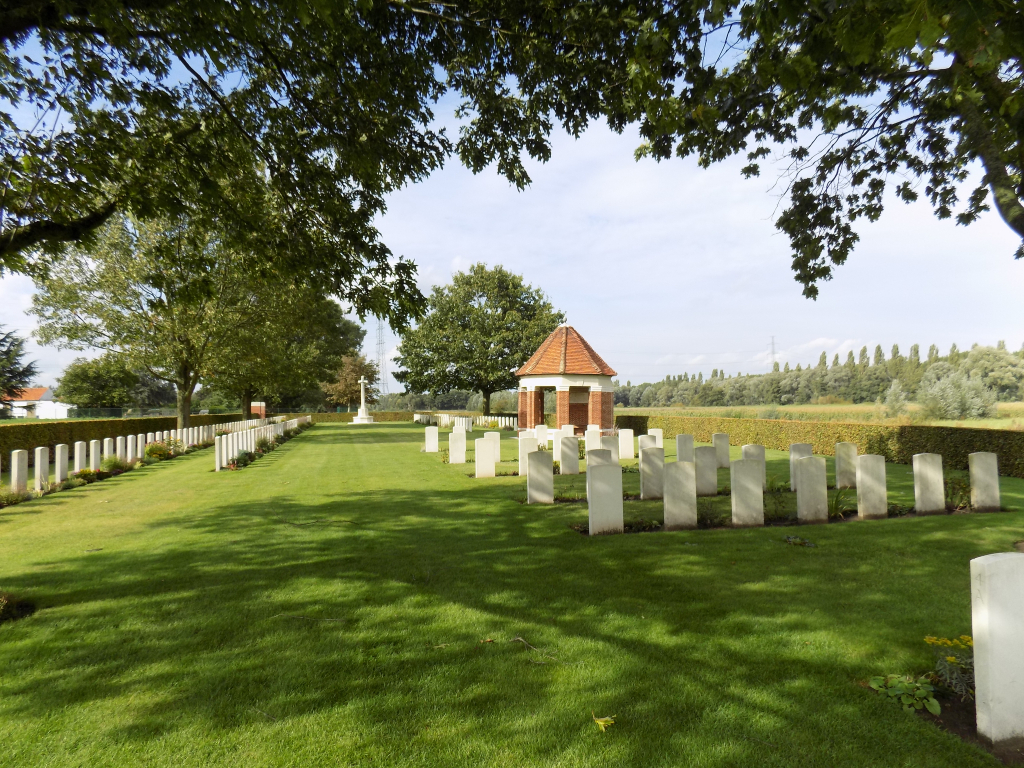 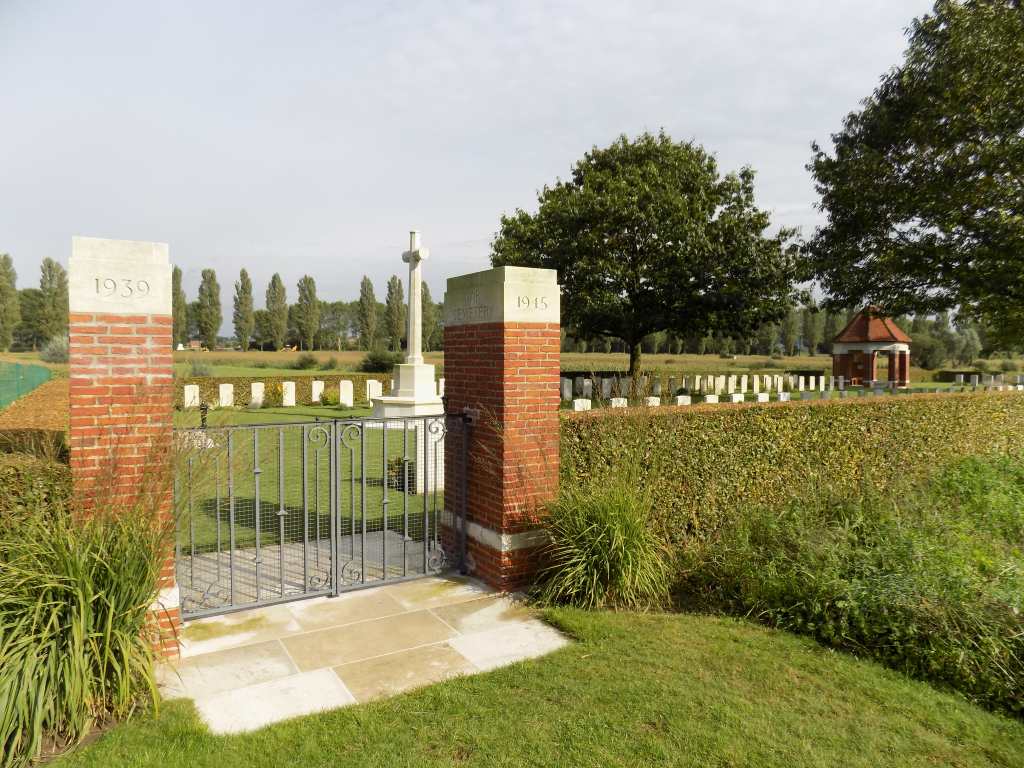 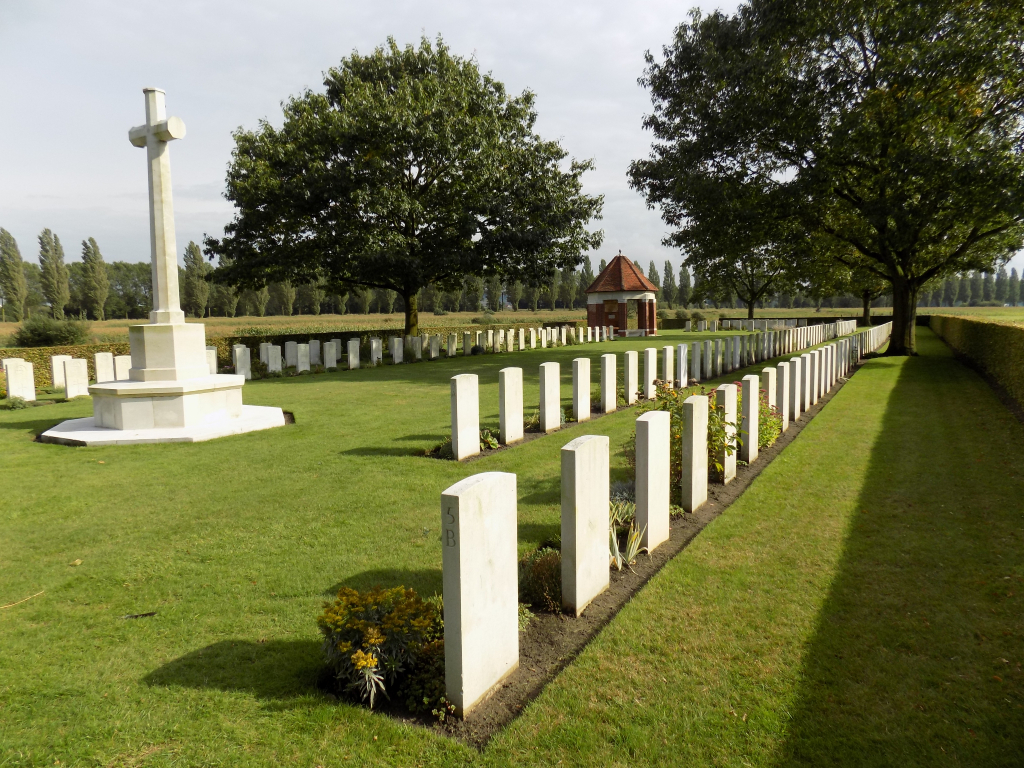 Visitors should note a 50 metre grassed access path which is not suitable for vehicles. Wheelchair access possible via main entrance. For further information regarding wheelchair access, please contact our Enquiries Department on telephone number: 01628 634221

The British Expeditionary Force was involved in the later stages of the defence of Belgium following the German invasion in May 1940, and suffered many casualties in covering the withdrawal to Dunkirk. Those buried in Esquelmes War Cemetery died in defending the line of the River Scheldt; the Germans attempted to cross the river near Esquelmes during the morning of 21 May, but were replused after heavy fighting. They eventually crossed on 23 May, when the British Expeditionary Force withdrew to the Gort Line. Casualties buried in various places in the neighbourhood were brought to Esquelmes by the Belgian authorities in September 1940. The cemetery contains 233 Commonwealth burials of the Second World War, 32 of them unidentified.