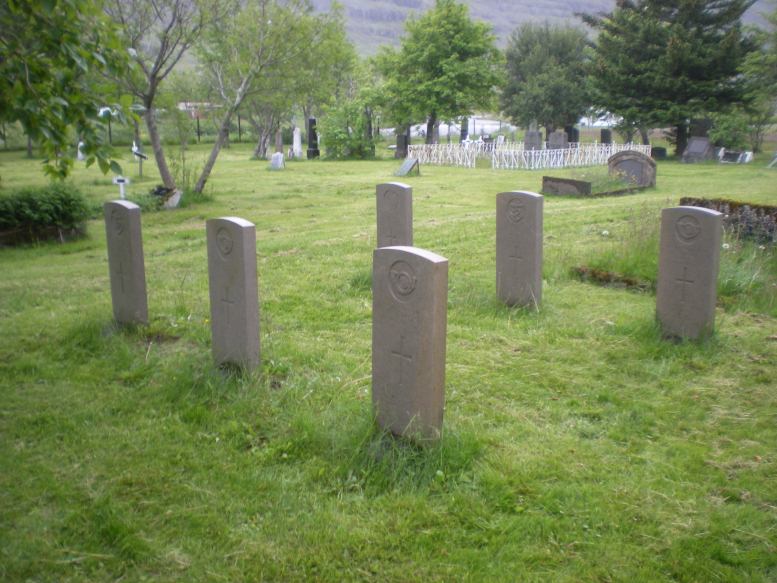 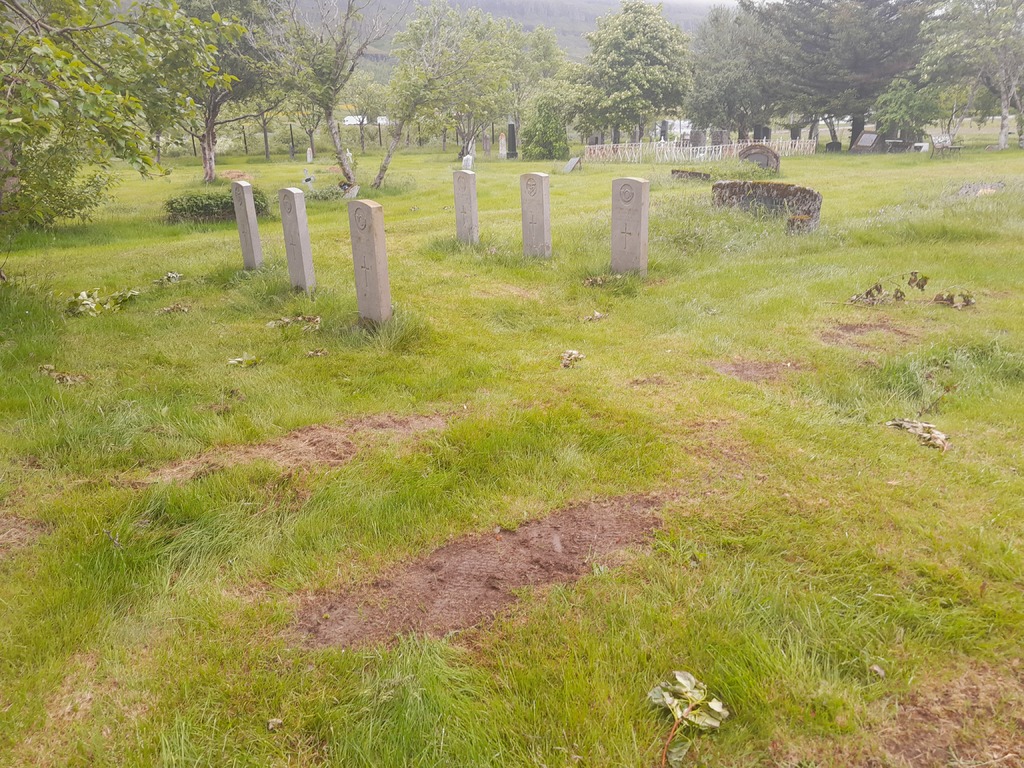 Seydisfjordur is at the head of the fjord of the same name. The Cemetery is on low lying ground about 1 kilometre from the western end of the fjord and is readily visible on the left from the road coming into the village from Egilsstadir. The graves are to be found just inside the cemetery entrance.

Iceland was under Allied occupation for much of the Second World War, primarily to guard against possible German invasion, but the considerable air and naval forces based there also provided an important link in the defensive chain across the Atlantic for the protection of shipping. Commonwealth land forces were relieved by the Americans in October 1942, but the naval and air force presence was maintained until 1945. Seydisfjordur Cemetery contains six Commonwealth burials of the Second World War.