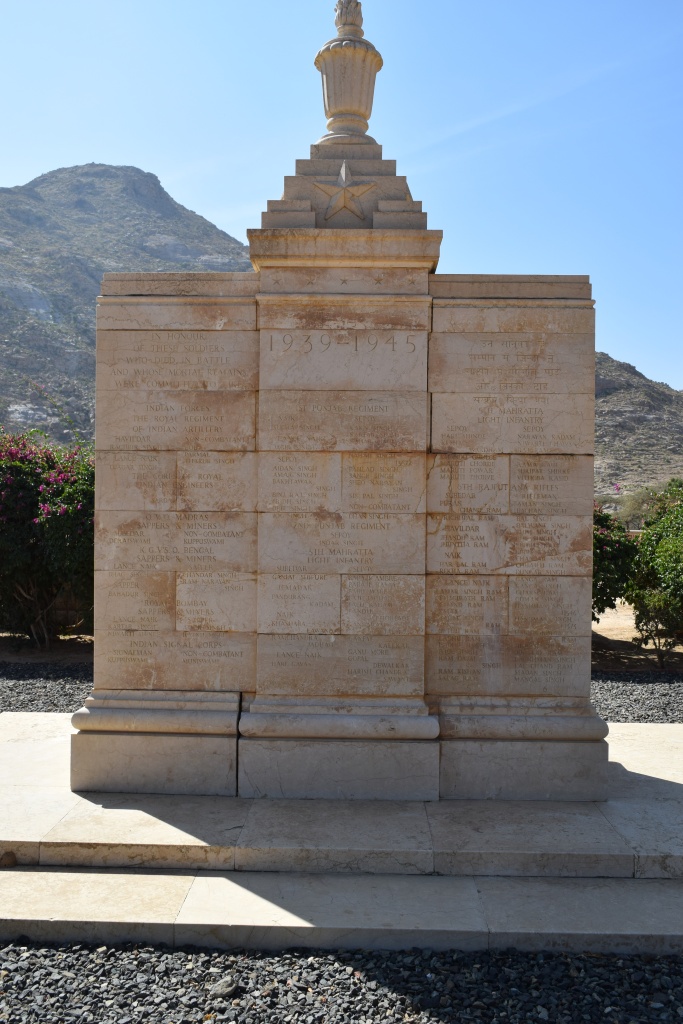 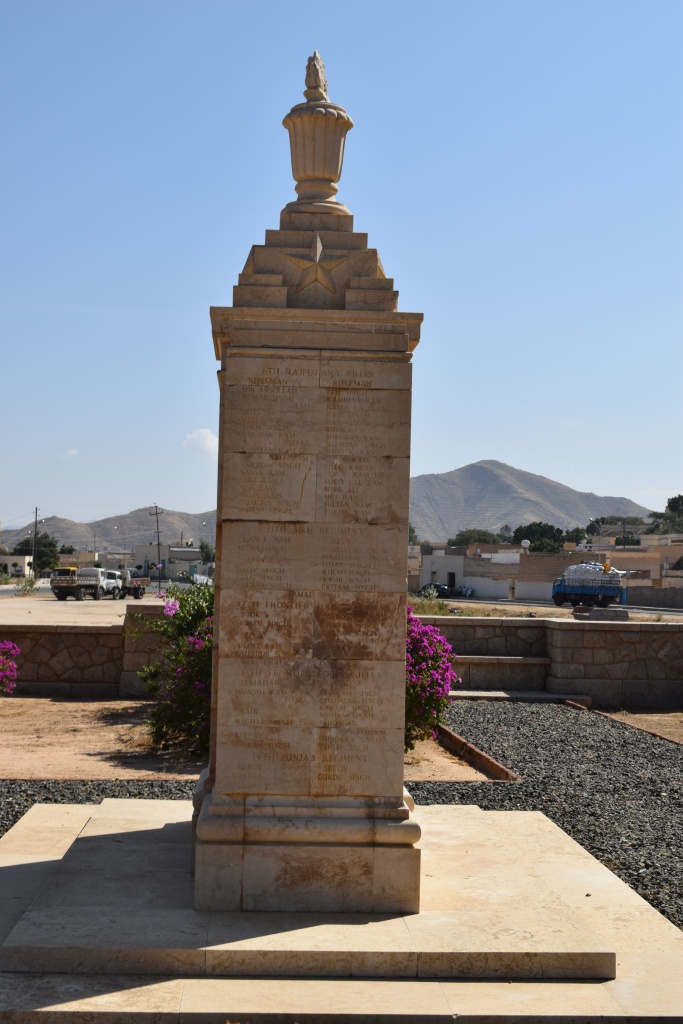 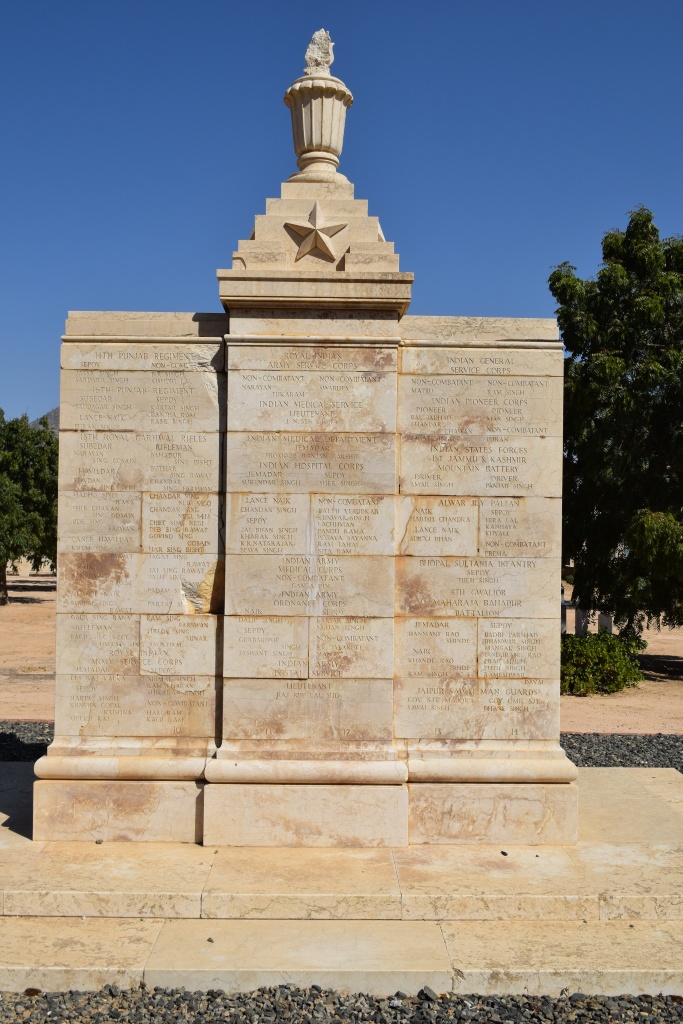 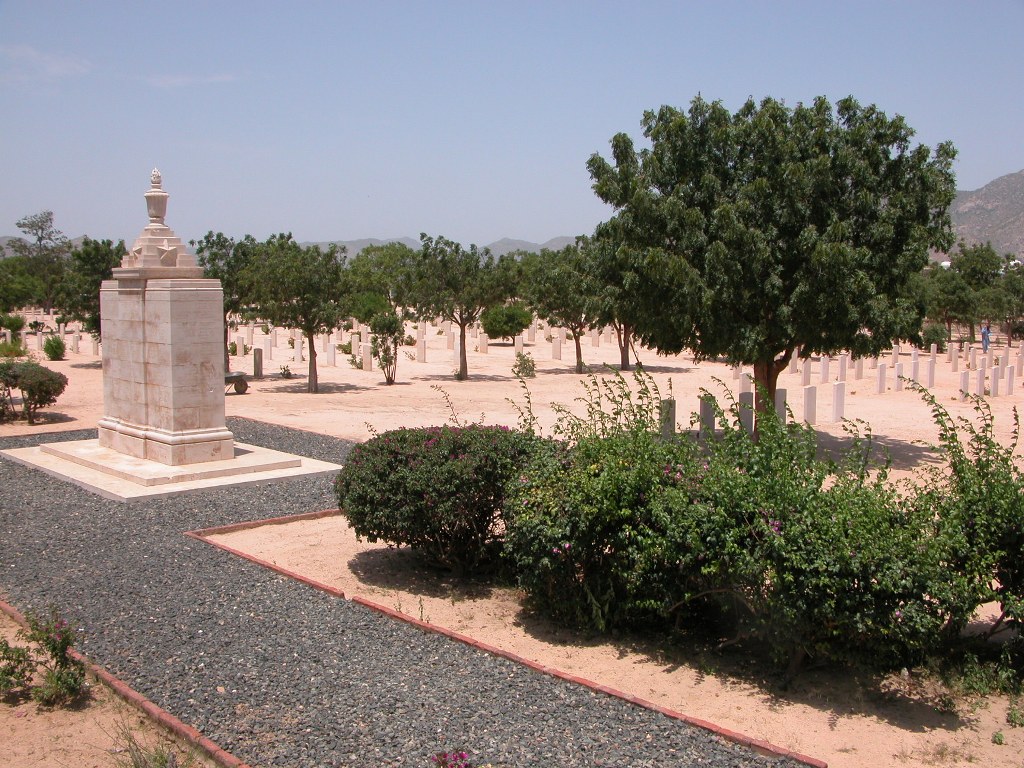 The small town of Keren is about 90 kilometres west of Asmara. Keren War Cemetery is 2 kilometres west of the town, where the Keren Cremation Memorial stands. The site, on top of the famous Keren pass and overshadowed by Cameron's Ridge on the opposite side of the road, was presented by the Chief and the Community of Ad Hadembas, and an inscription recording this has been built into the cemetery wall.

Keren War Cemetery, where the Cremation is situated, is open Monday to Friday between 06:00 and 18:00. Wheelchair access to the cemetery is possible via main entrance. For further information regarding wheelchair access, please contact our Enquiries Section on 01628 507200.

Keren was the last Italian stronghold in Eritrea and the scene of the most decisive battle of the war in East Africa in February and March 1941.

Guarding the entrance from the western plains to the Eritrean plateau, the only road passing through a deep gorge with precipitous and well fortified mountains on either side, Keren formed a perfect defensive position. On these heights the Italians concentrated some 23,000 riflemen, together with a large number of well sited guns and mortars. A preliminary assault by United Kingdom and Indian troops was repulsed after a week of bitter fighting, although they gained and held a valuable position on Cameron's Ridge, on the left of the road.

The final battle began a month later. After ten days of gruelling combat the Commonwealth troops succeeded in forcing their way through the seemingly impregnable defences on the ridge and finally through the 200 metre long road block which the Italians had blasted at the narrowest point in the pass. Keren was taken on 27 March. The defeated Italian force retreated in some disarray to Asmara, which fell to Commonwealth forces on 1 April, and the Italian surrender was taken at the port of Massawa on 8 April.

The KEREN CREMATION MEMORIAL stands within the cemetery and commemorates 285 Sikh and Hindu soldiers from India and Pakistan killed on the Keren battlefield during the Second World War, whose remains were cremated in accordance with their faith. Three East African soldiers are also commemorated on the memorial.