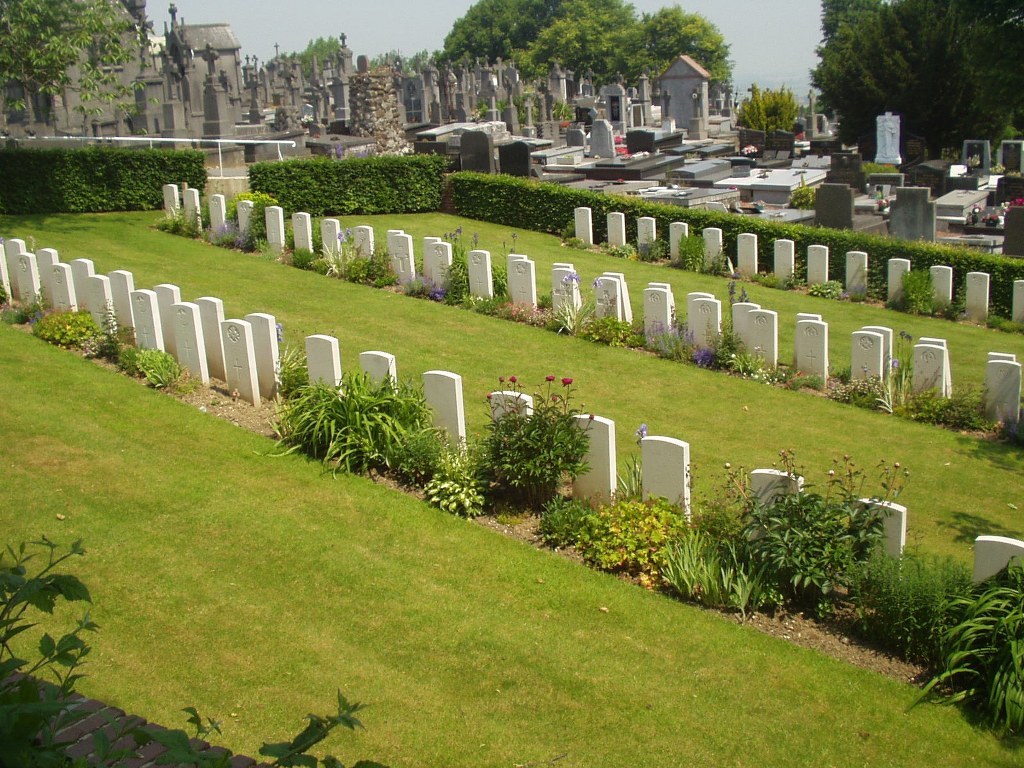 Cassel is a town and commune on one of the few high points of the department of the Nord. Cassel Communal Cemetery is on the south-east side of the town. From the Grand Place, head south on the Rue Marachal Foch. The cemetery will be found 500 metres on the left hand side of the road.

During the 1914-18 War Cassel was at different periods the headquarters of both Marshal Foch and Lord Plumer. At the end of May 1940 the western flank of the British Expeditionary Force was on the line Dunkirk-Cassel-Hazebrouck, and Cassel was in the section defended by the 48th and 44th Division on May 28th-29th. There are now nearly 100, 1939-45 war casualties commemorated in this site. Of these, almost 20 are unidentified and one of the soldiers from the United Kingdom whose grave could not be precisely located is commemorated by a special memorial inscribed "Buried near this spot".