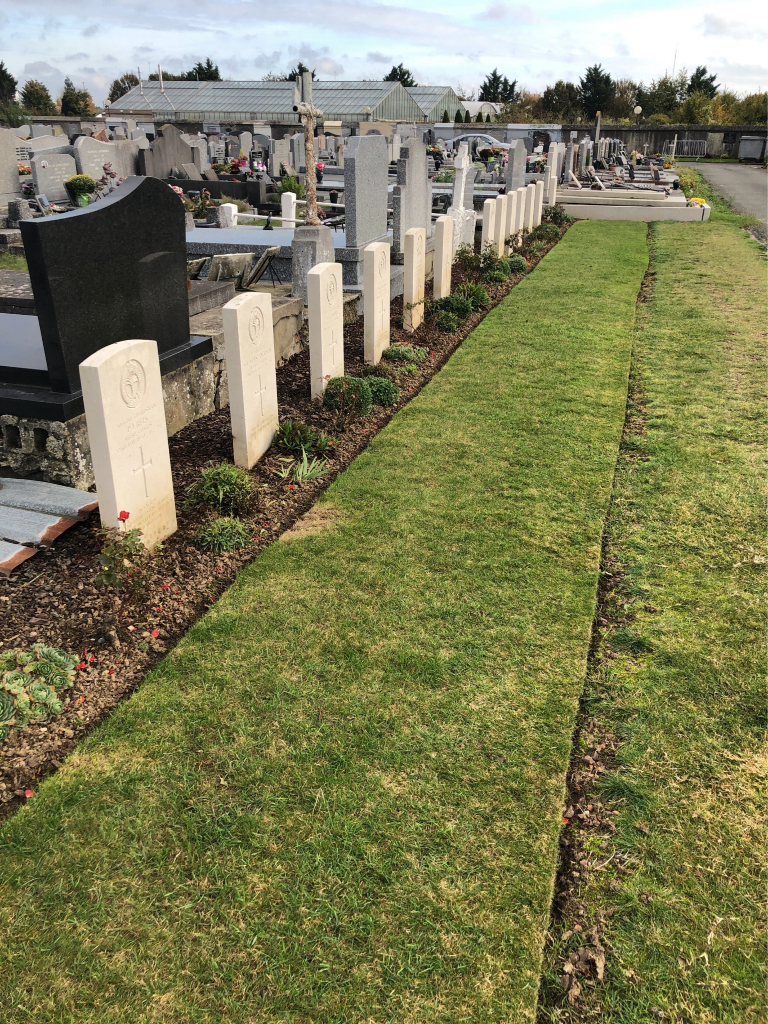 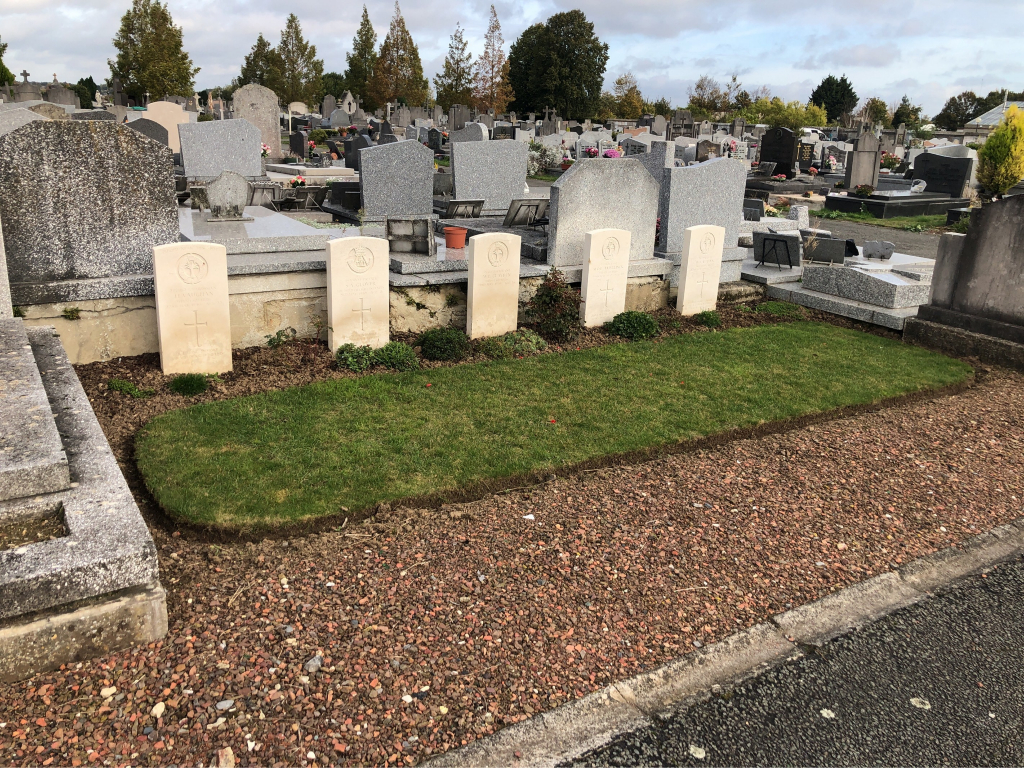 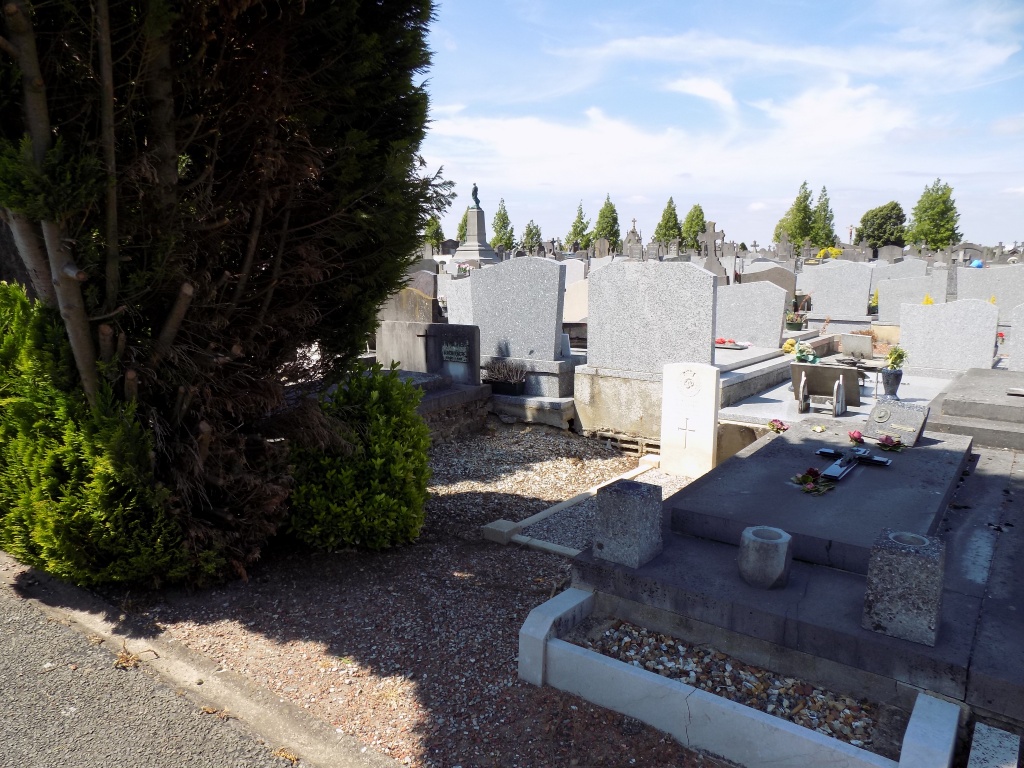 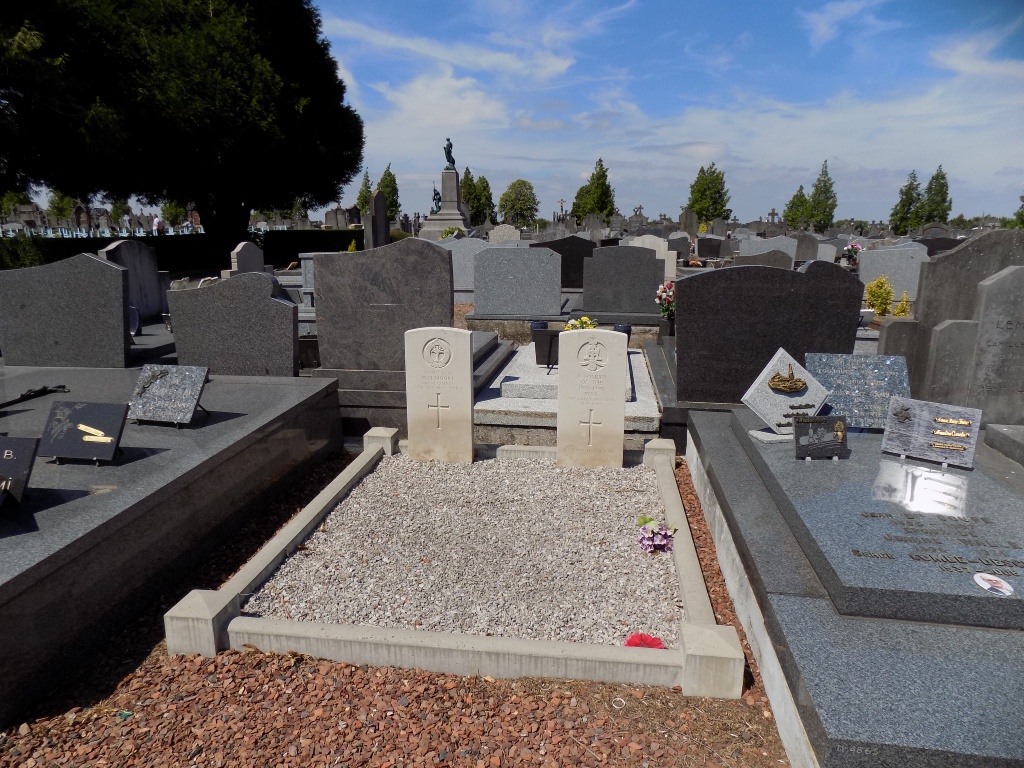 Arras is in the Department of the Pas de Calais, and the communal cemetery will be found in the suburb of St. Sauveur, on the eastern side of Arras. To locate the cemetery, take the N39 Route de Cambrai and then the Rue Georges Clemenceau, onto the Rue de la Republique.

During the First World War, Arras was in Allied hands from October 1914 until the end of hostilities and gave its name to a number of battles fought in 1917 and 1918. During the Second World War, Arras was British General Headquarters in 1940. Rear Headquarters left on 19 May 1940, and the town was evacuated on 23 May ahead of the German advance. Thereafter Arras was in German hands until re-taken on 1 September 1944 by Commonwealth and Free French infantry. Arras Communal Cemetery contains 27 Commonwealth burials of the Second World War. Three of the burials are unidentifed and one casualty, whose grave could not be precisely located, is commemorated by a special memorial inscribed "Buried near this spot.