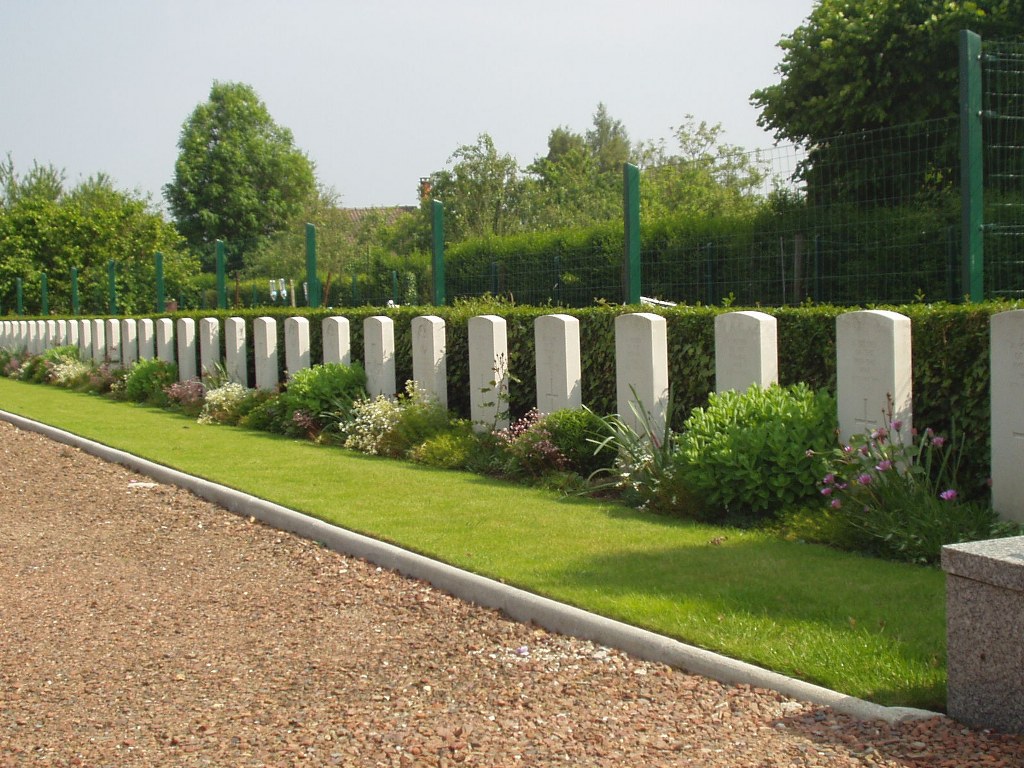 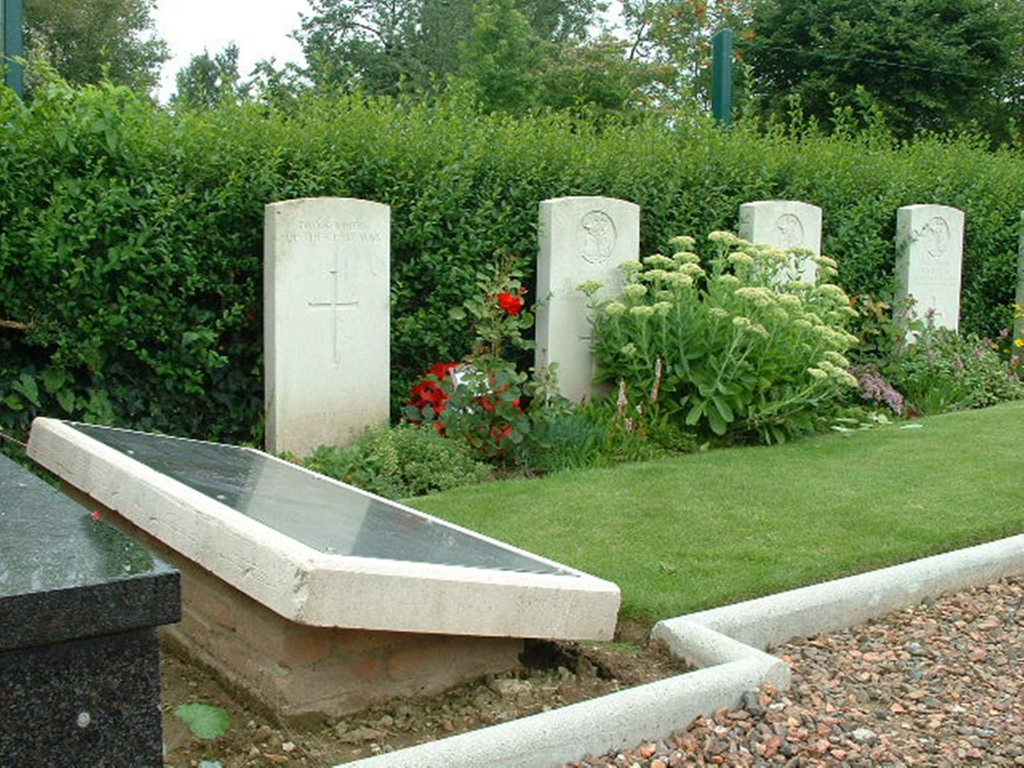 Hinges, used as a Divisional Headquarters and for rest billets during the 1914-1918 War, was the scene of a stiff local action in May 1940, when the British Expeditionary Force were fighting their way to Dunkirk. There are now a small number of 1914-18 and 40, 1939-45 war casualties commemorated in this site. The two unidentified soldiers from the 1914-18 War, are buried in a joint grave and found a few years ago by a workman excavating the nearby canal.