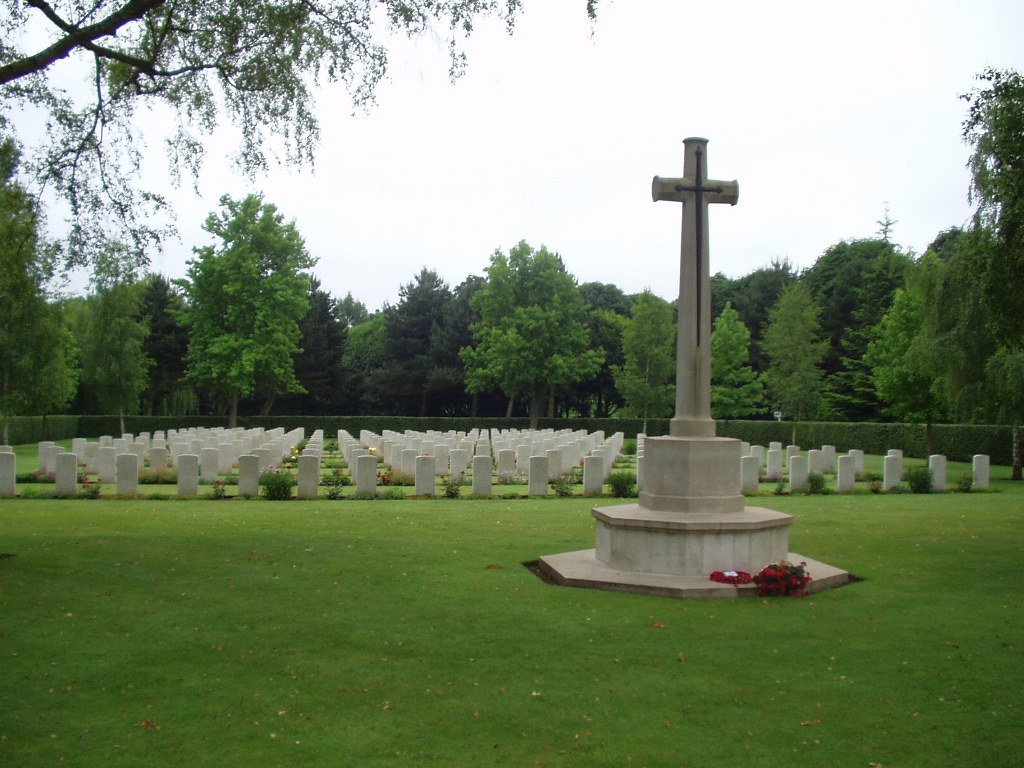 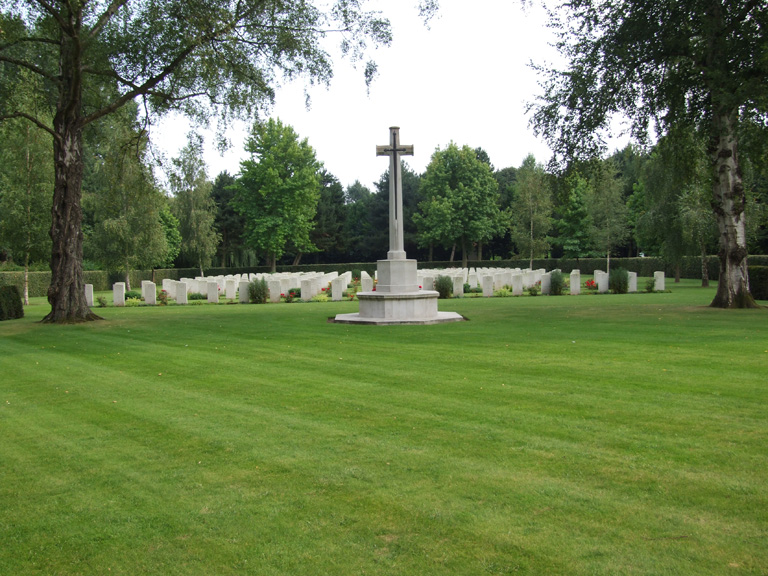 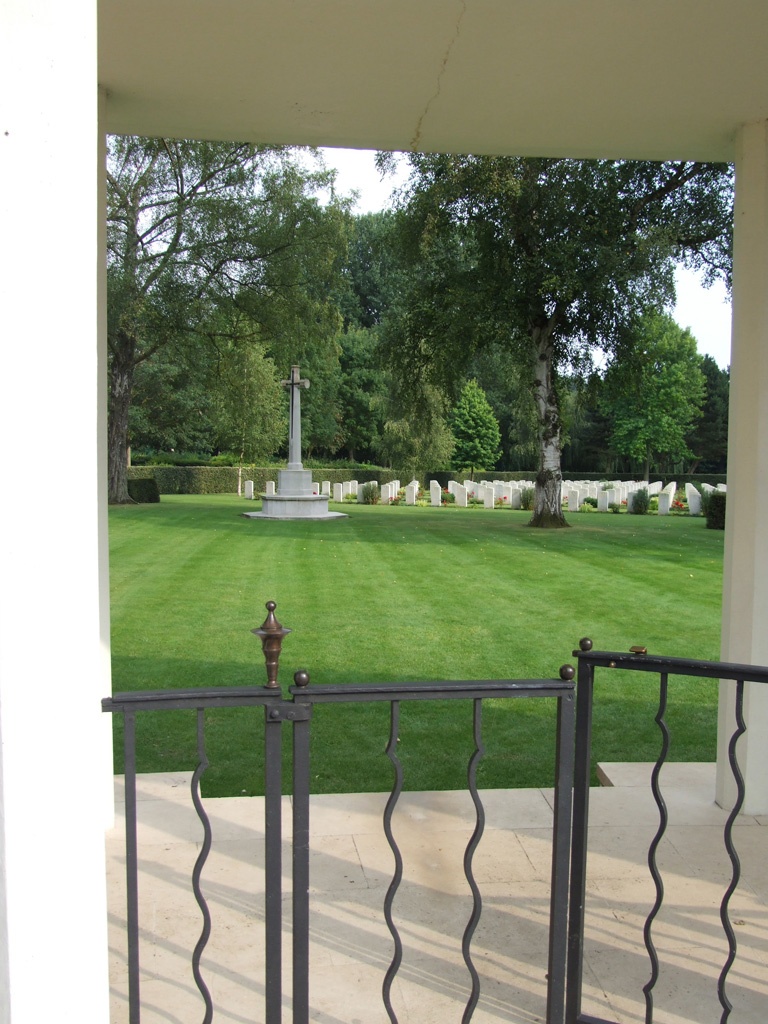 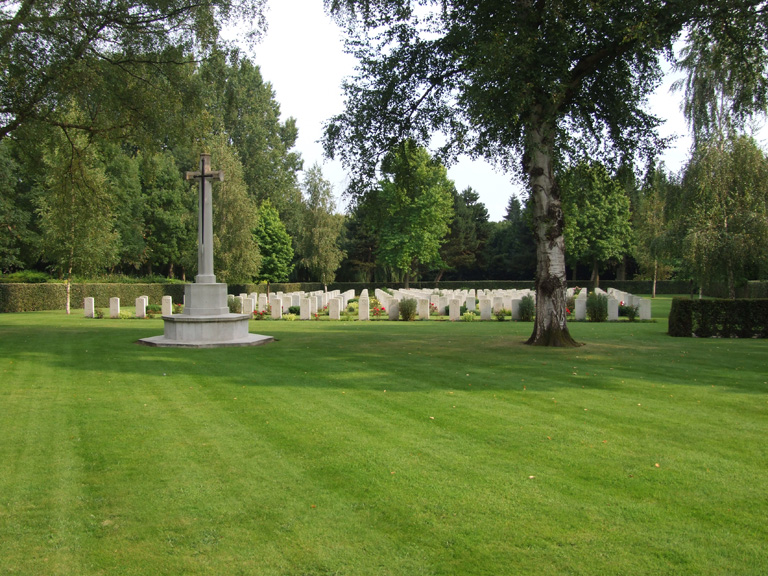 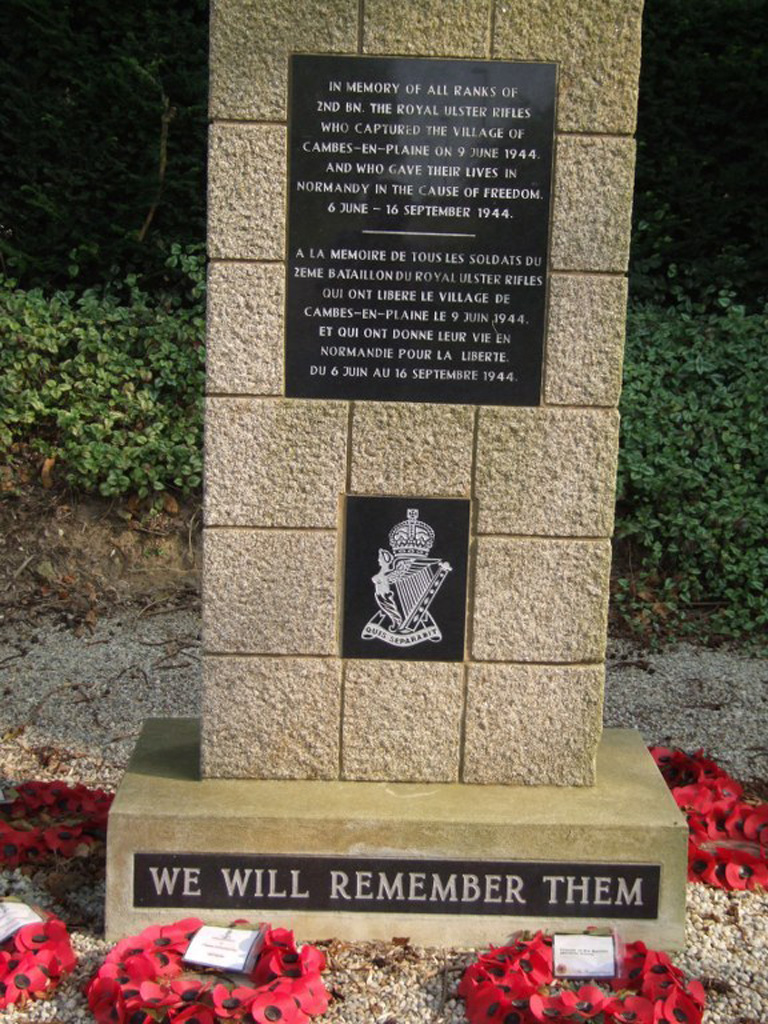 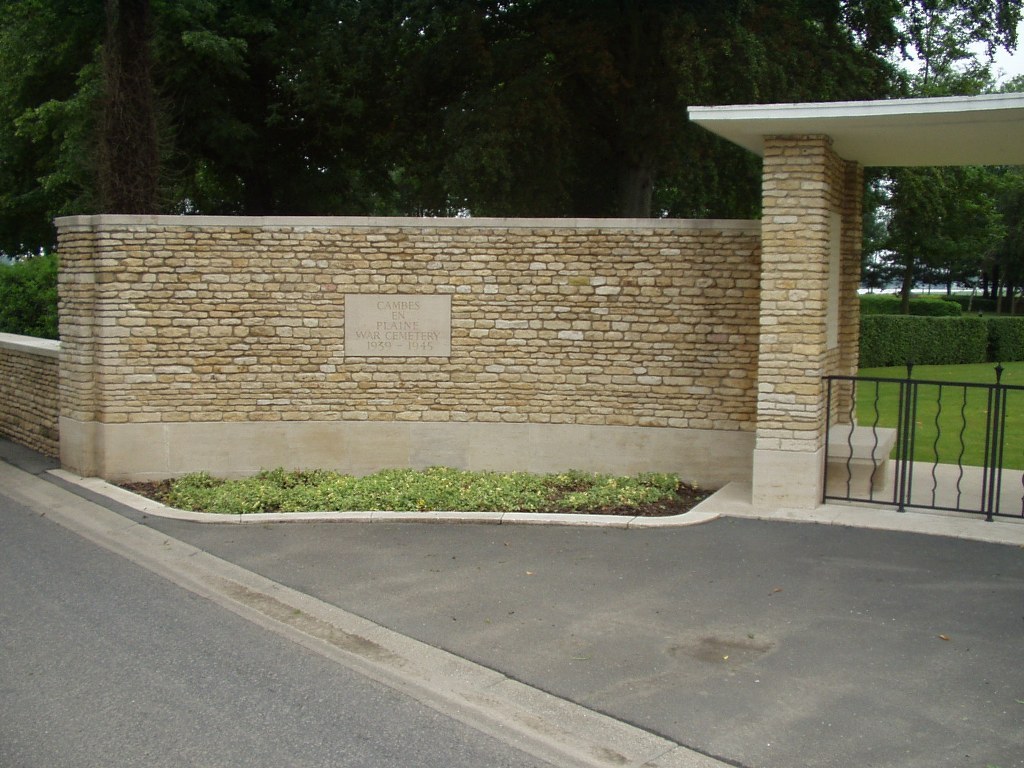 Cambes-en-Plaine is a village 7 kilometres north-west of Caen. Take the road from Caen towards Courseulles-sur-Mer, the D79, and turn off to the right 6 kilometres north of Caen on the D79B. This will bring you to the village centre of Cambes-en-Plaine opposite the church. Turn left towards the north side of the village and turn right after 500 metres. The War Cemetery will then be found after 350 metres on the right hand side.

A unit of the East Riding Yeomanry, R.A.C., in support of the 3rd British Infantry Division, reached the northern outskirts of Cambes-en-Plaine on the 9th June. Here they found the Germans dug in and the advance to Caen was halted.

The original burials date from 8-12 July 1944, when the final attack on Caen (Operation Charnwood) was in progress. By noon on 9 July, most of Caen, north of the river Orne, had been captured.

The cemetery contains 224 Second World War burials. It was designed by P.D. Hepworth.