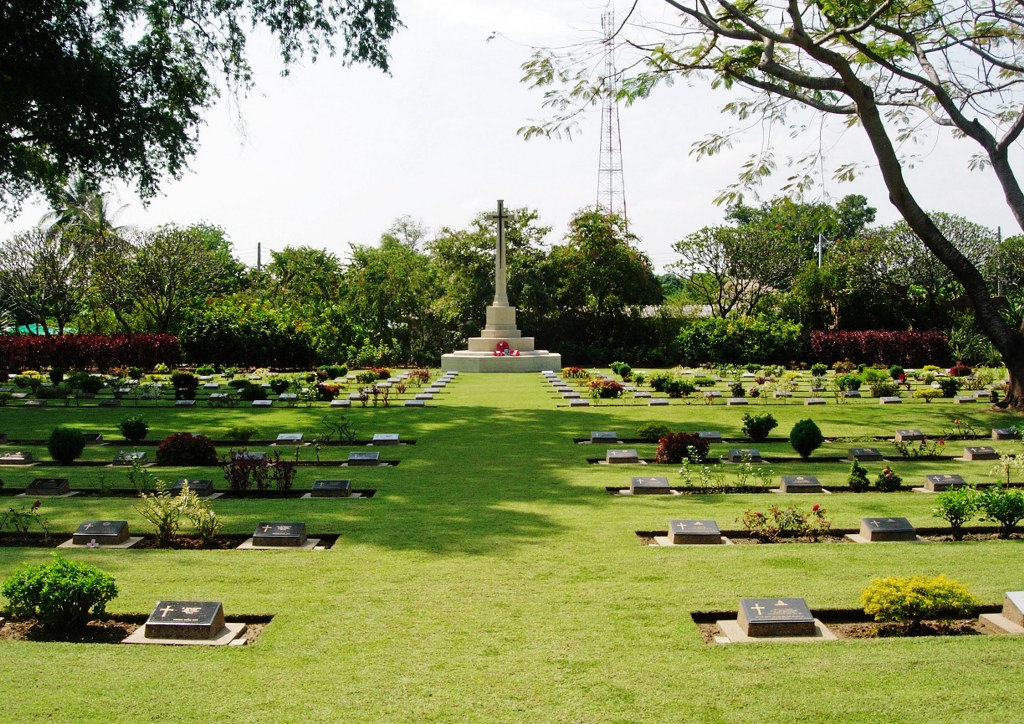 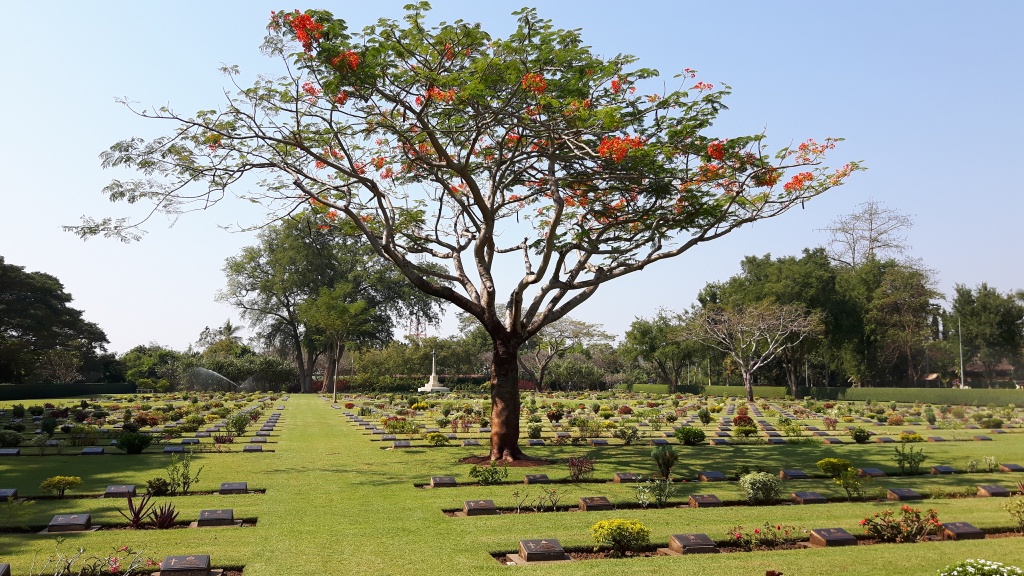 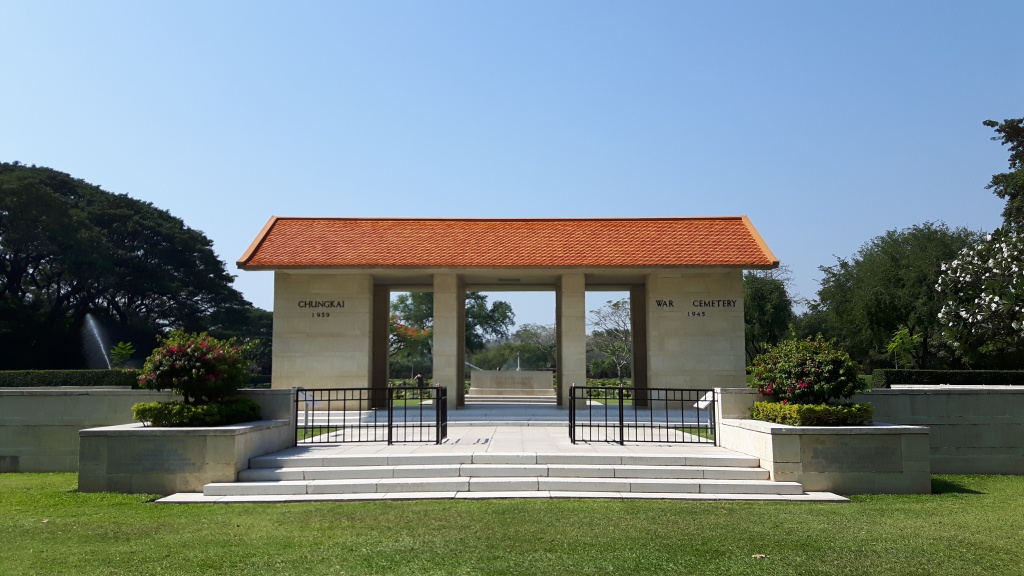 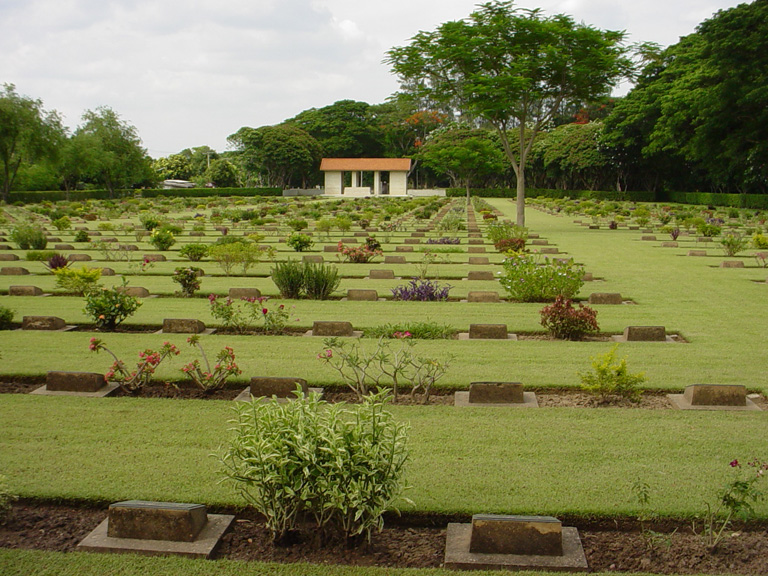 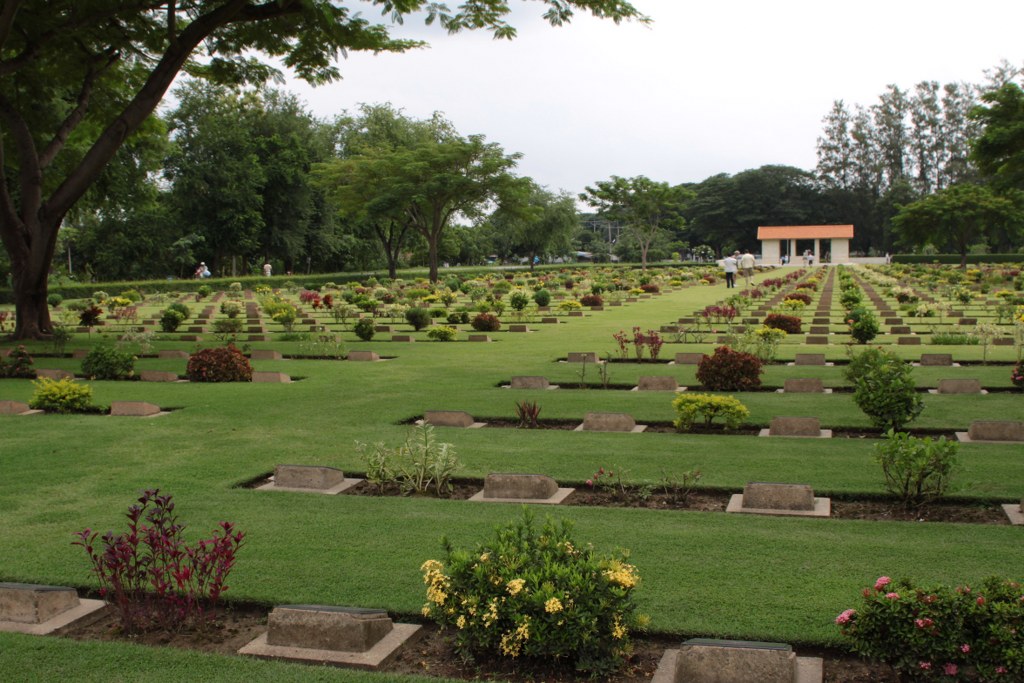 Chungkai War Cemetery is located just outside the town of Kanchanaburi, which is 129 kilometres north-west of Bangkok, at the point where the river Kwai divides into two separate rivers; the Mae Khlong River and Kwai Noi River. The town is best reached by road along the National Highway which runs north from Bangkok. There is a bus and train service from Bangkok. Chungkai War Cemetery is approximately 5 kilometres west of Kanchanaburi and can be reached by road over the narrow Sudjai Bridge, by ferry crossing at the junction of the two rivers, or by any of the many river boats. The war cemetery can be located on city maps available at the tourist office or at larger hotels and is also signposted from Kanchanaburi War Cemetery, which is within the town of Kanchanaburi. The Manager responsible for the cemetery can be contacted at Kanchanaburi War Cemetery.

Chungkai War Cemetery is open at all times. Parking is available on the main road. Please take care when exiting the vehicle. Access is via steps just off the main road or by the ramped service entrance, alongside.

The notorious Burma-Siam railway, built by Commonwealth, Dutch and American prisoners of war, was a Japanese project driven by the need for improved communications to support the large Japanese army in Burma. During its construction, approximately 13,000 prisoners of war died and were buried along the railway. An estimated 80,000 to 100,000 civilians also died in the course of the project, chiefly forced labour brought from Malaya and the Dutch East Indies or conscripted in Siam (Thailand) and Burma (Myanmar).

Chungkai was one of the base camps on the railway and contained a hospital and church built by Allied prisoners of war. The war cemetery is the original burial ground started by the prisoners themselves, and the burials are mostly of men who died at the hospital.

There are now 1,426 Commonwealth and 313 Dutch burials of the Second World War in this cemetery.