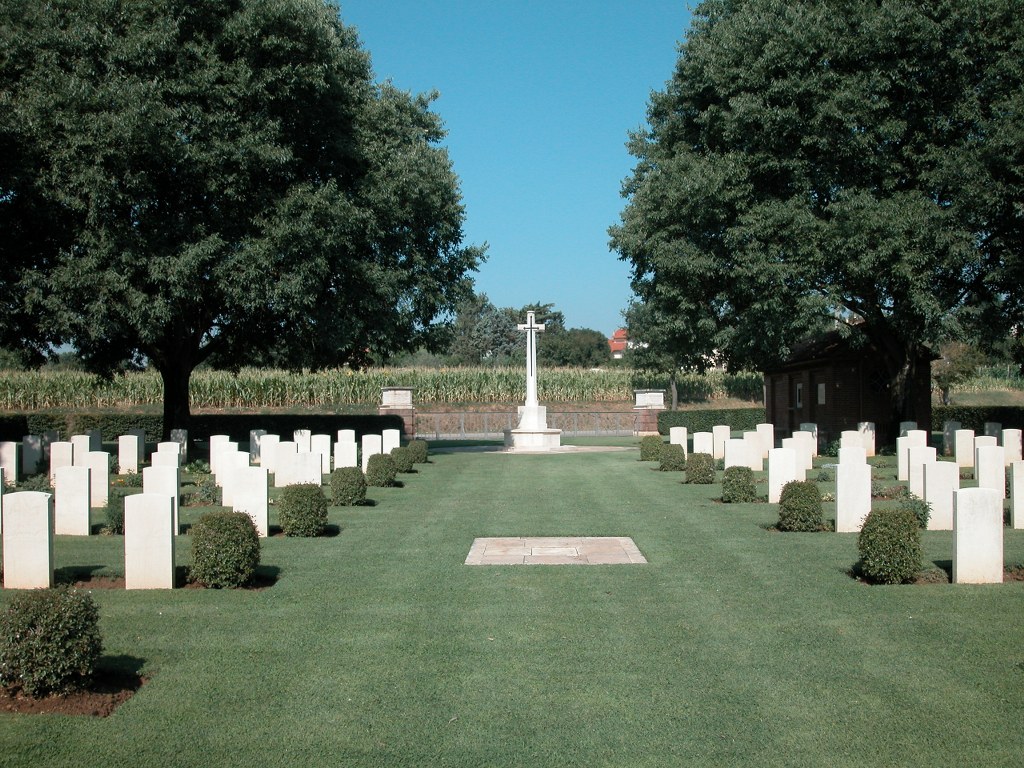 Foiano Della Chiana lies 31 kilometres south of Arezzo. Take the Highway A1 and exit at the Val di Chiana-Betolle exit. From Foiano della Chiana carry on in the direction of Arezzo. On this road the Commission's sign to the right can be seen. The cemetery lies among the fields about 50 metres down a lane. Cemetery address: Via Porto - 52045 Foiano della Chiana (AR) Tuscany. GPS Co-ordinates: Latitude: 43.261984, Longitude: 11.821956.

The cemetery is permanently open and may visited anytime.

Progress through southern Italy was rapid despite stiff resistance, but the advance was checked for some months at the German winter defensive position known as the Gustav Line. The line eventually fell in May 1944 and as the Germans withdrew, Rome was taken by the Allies on 3 June.

Early in July there was heavy fighting in the Chiana valley where the Germans made their last stand in front of Arezzo and the Arno. The cemetery is a battlefield cemetery originally formed by the 4th Division and later increased when graves were brought in from the surrounding area. Most of the burials in the cemetery date from the first two weeks of July 1944.