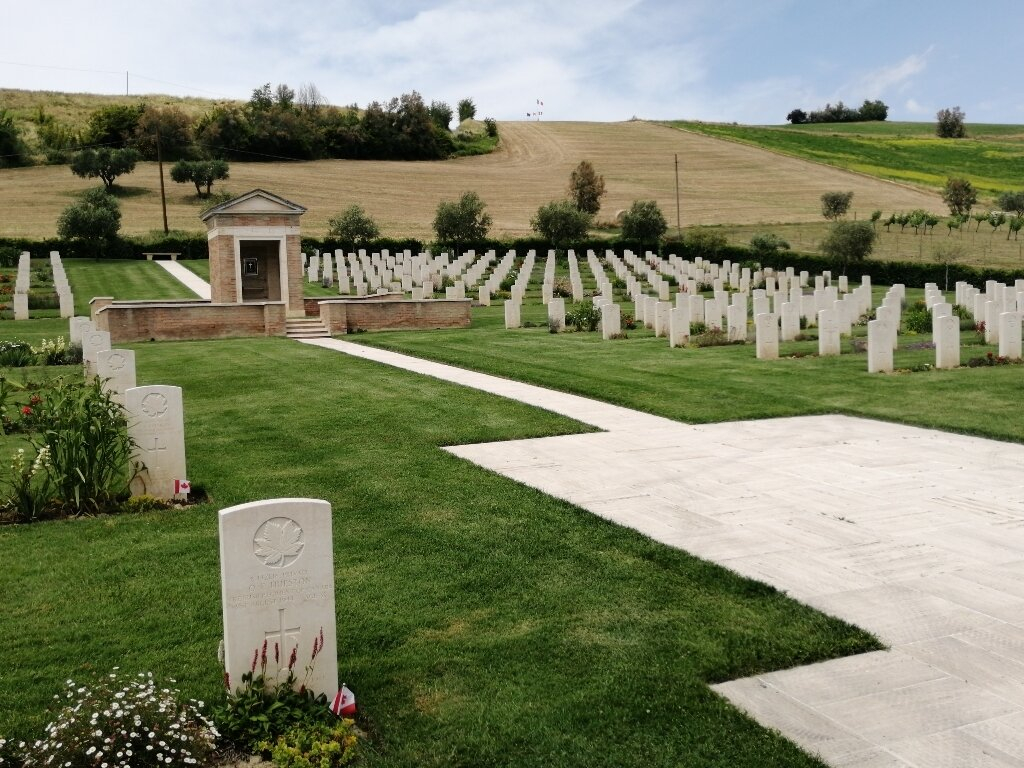 The War Cemetery lies in the locality of Montecchio in the Commune of Montelabbate (Province of Pesaro). It stands on rising ground just north of the main road from Pesaro to Urbino, about 12 kilometres west of Pesaro. Take the SS 423 from Pesaro to Urbino, following the signs for Montecchio. Just before entering the town, the cemetery will be seen on the right hand side of the road. Cemetery address: Via Provinciale s.n. - 61025 Montelabbate (PU) Marche. GPS Co-ordinates: Latitude: 43.860945, Longitude: 12.768968.

Following the fall of Rome to the Allies in June 1944, the German retreat became ordered and successive stands were made on a series of defensive positions known as the Trasimene, Arezzo, Arno and Gothic Lines. Montecchio lies near the eastern end of the Gothic Line. The anti-tank ditch of this defensive system used to run through the valley immediately below the cemetery. Montecchio village was practically razed to the ground for purposes of defence during the war and much damage was done in the surrounding country.

The site was selected by the Canadian Corps for burials during the fighting to break into the Gothic Line in the autumn of 1944. These graves are in Plot 1, Rows A to F. The rest of the graves were brought in later from the surrounding country.