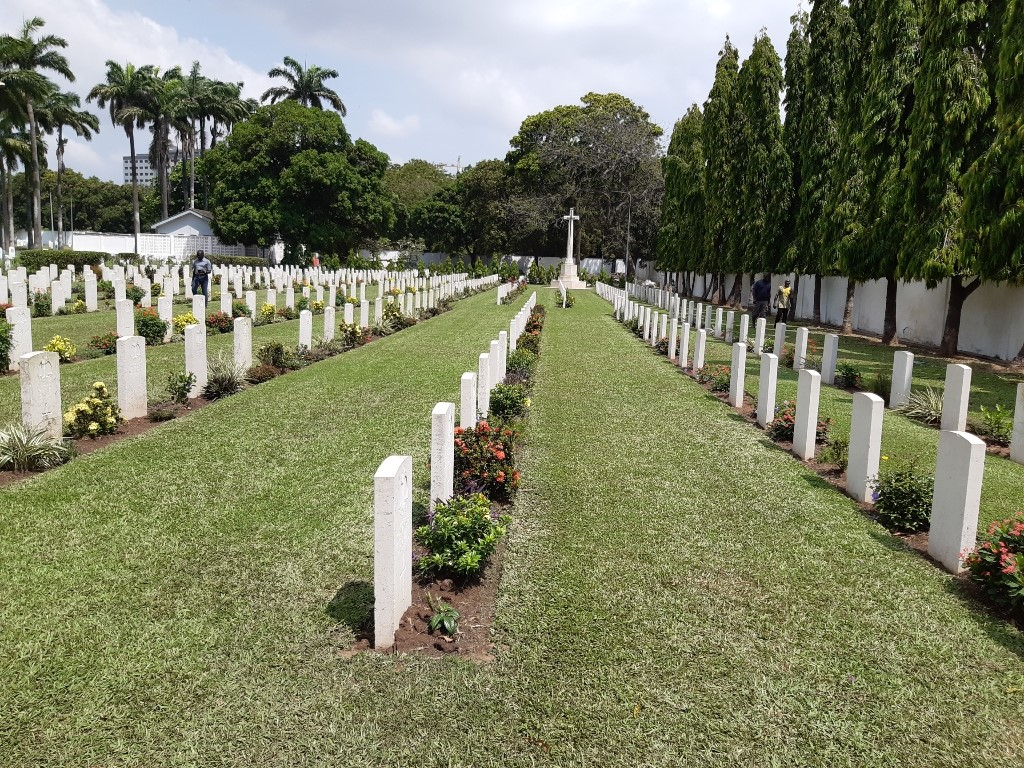 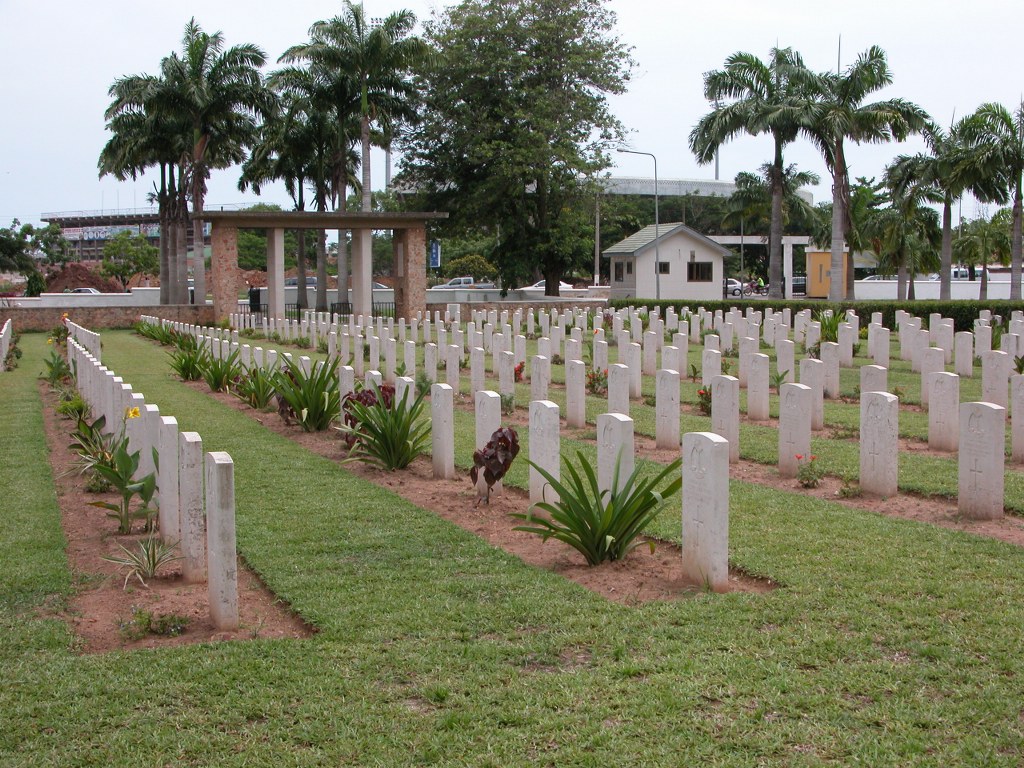 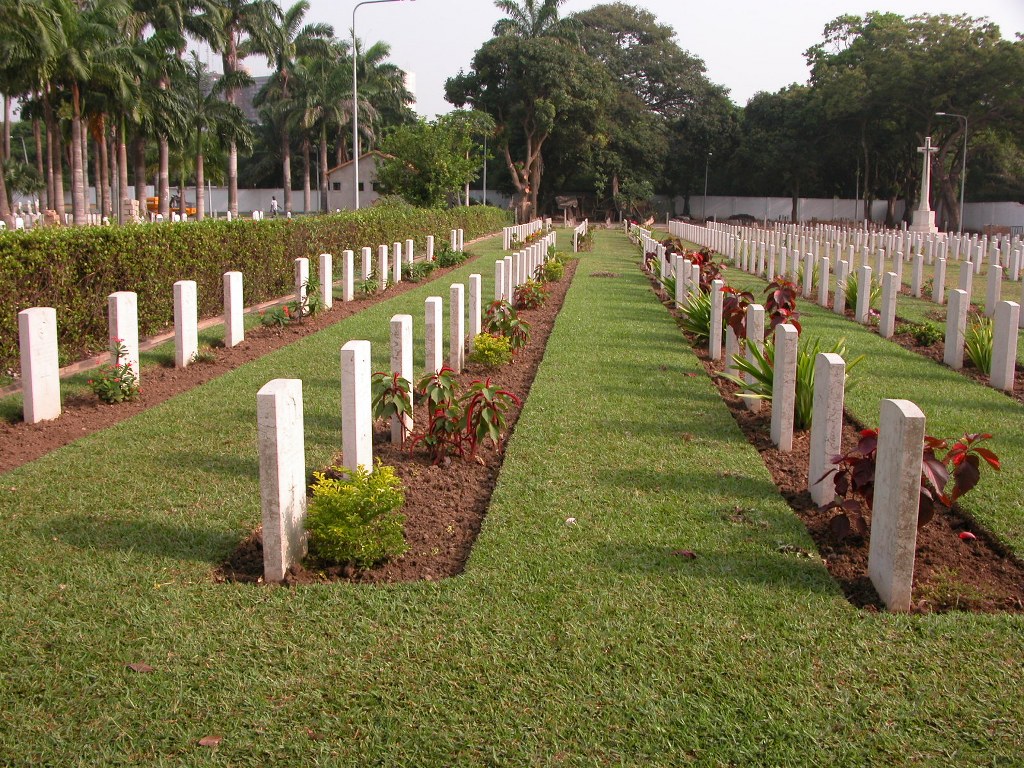 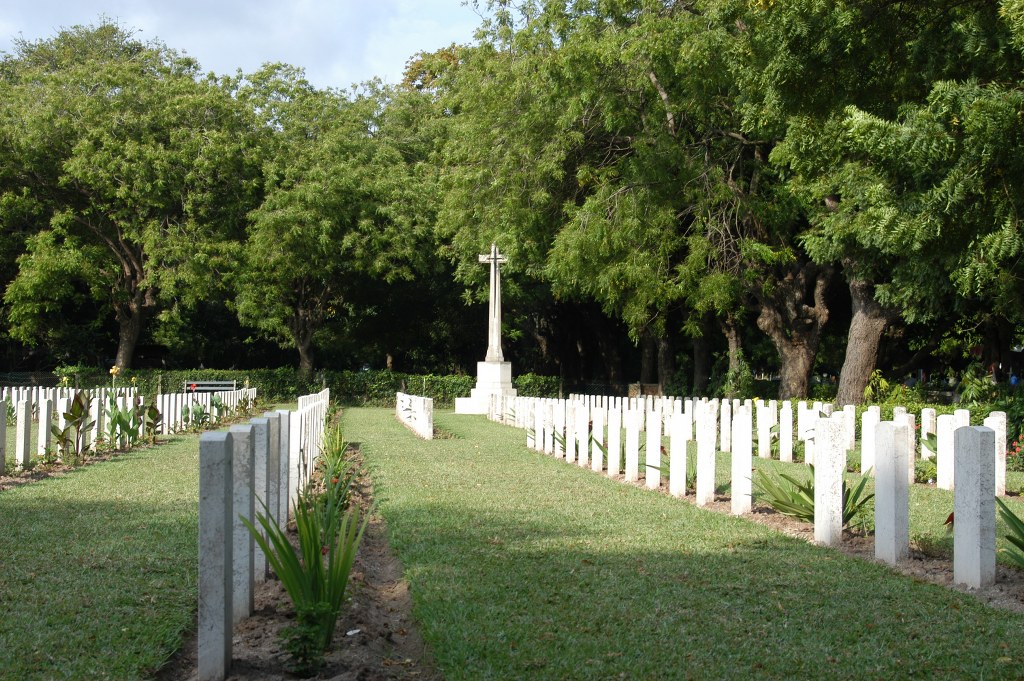 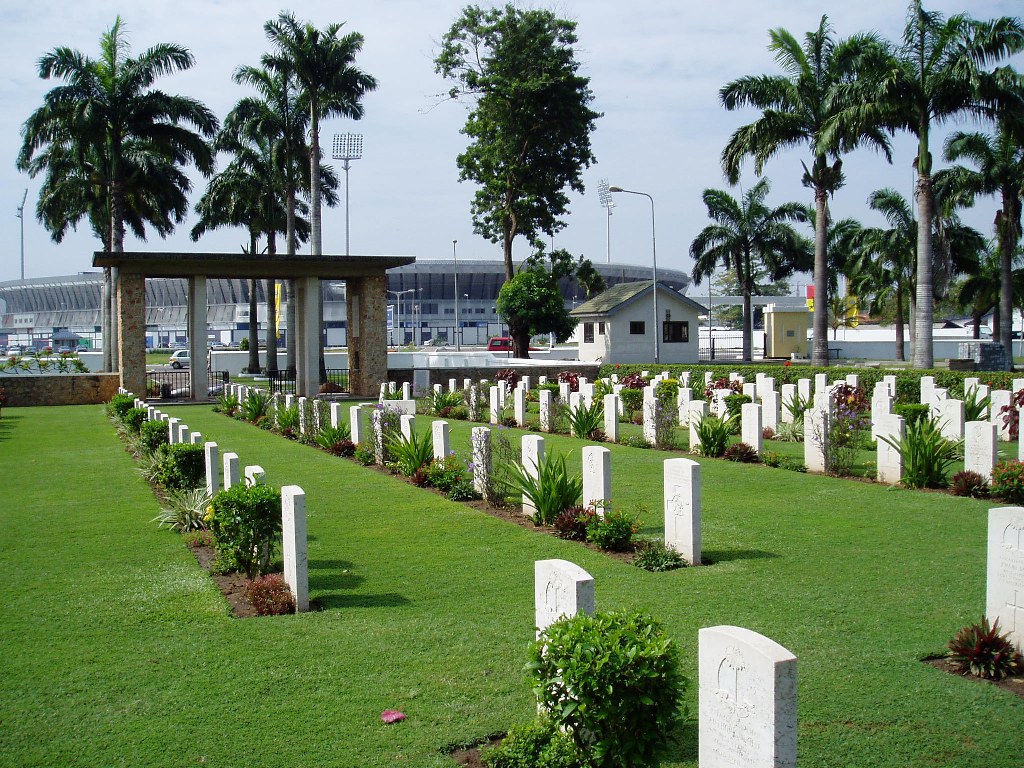 Christiansborg, one of the main suburbs of Accra, is 3 kilometres east of the city centre on the main coast road. Christiansborg War Cemetery is on Castle Road, near the State Building, Accra International Conference Centre and Sports Stadium, and Black Star Square. It is adjacent to Christianborg Civil Cemetery.

Christiansborg War Cemetery is open Monday to Friday between 06:00 to 18:00. Wheelchair access possible via main entrance.

During the Second World War, Accra airport and other airfields in the Gold Coast and Nigeria, were of major importance to the Atlantic Ferry - a process whereby much needed aircraft were flown by American crews from factories in America, across the South Atlantic, to West Africa. At Accra, the aircraft were handed over to the Royal Air Force, fitted and tested after their long flight, then flown onwards to the Desert Forces in North Africa. A separate service run by the South African Air Force flew bombers south to the Cape. No. 37 (Accra) Military Hospital was established at Accra during the war-time expansion of the Royal West African Frontier Force. Accra also contributed six Companies to the Gold Coast Home Guard, created in 1940 and disbanded in 1944. CHRISTIANSBORG WAR CEMETERY was constructed in 1941 and was maintained by the Royal Engineers until taken over by the Commission towards the end of 1949. Graves from the following cemeteries have since been brought into this cemetery : Takoradi African Public Cemetery - 82 burials. Tamale African Cemetery - 43 burials. Tamale European Cemetery - 5 burials. There are now 416 Commonwealth burials of the Second World War in Christianborg War Cemetery, one of them unidentified. There are also three war graves of other nationalities and 18 non world war burials. The CHRISTIANSBORG MEMORIAL, which forms the entrance to the cemetery, commemorates over 450 men of Gold Coast enlistment who died in West African territory during the Second World War, whose graves are unknown or are so situated that permanent maintenance is not possible.