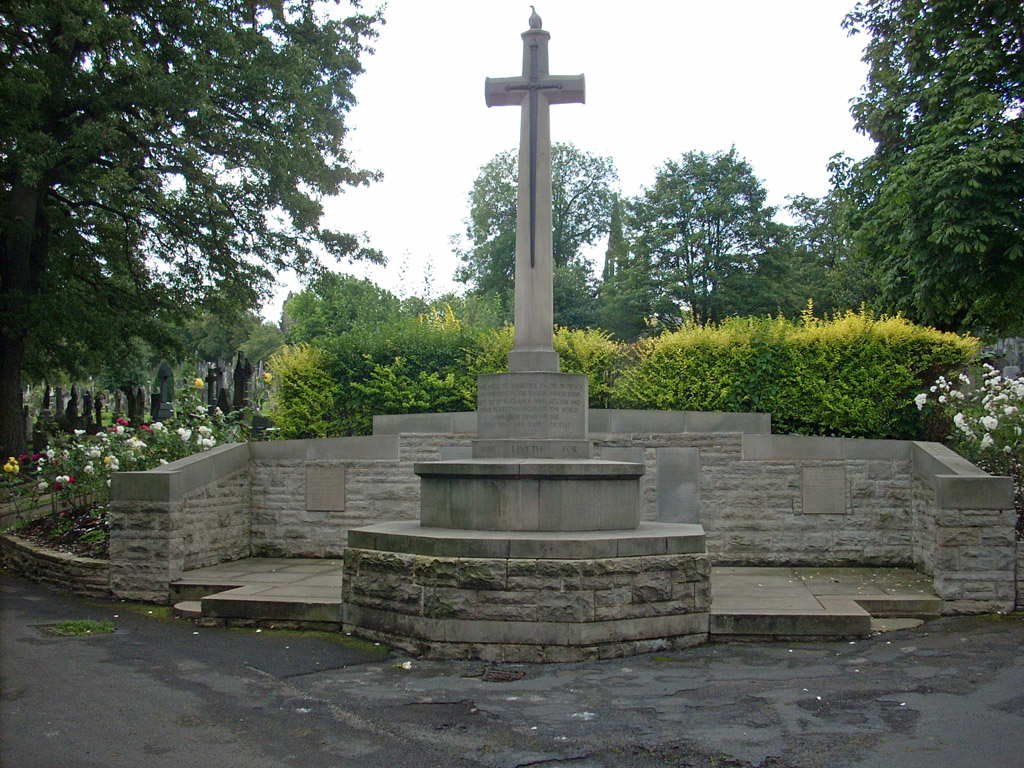 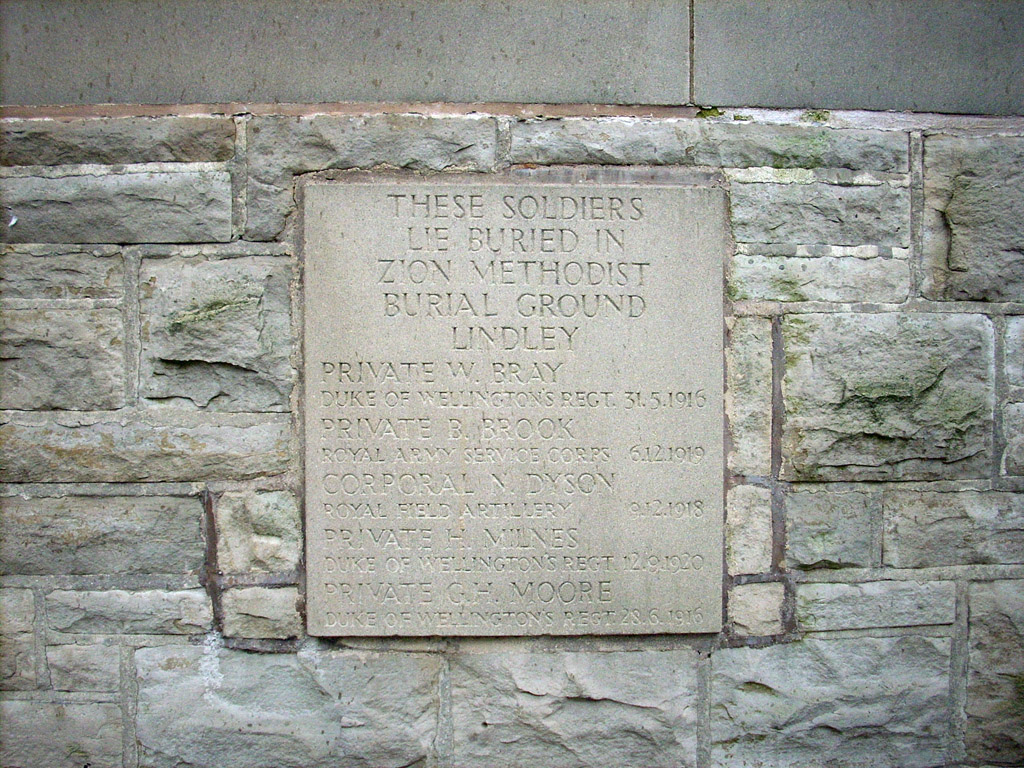 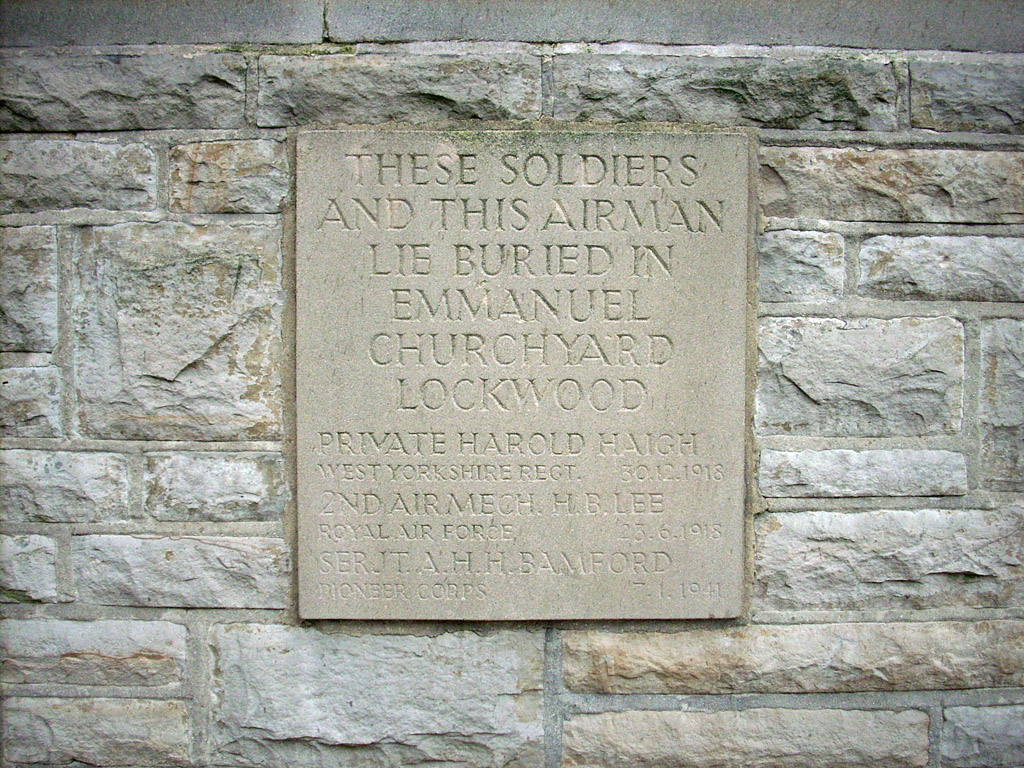 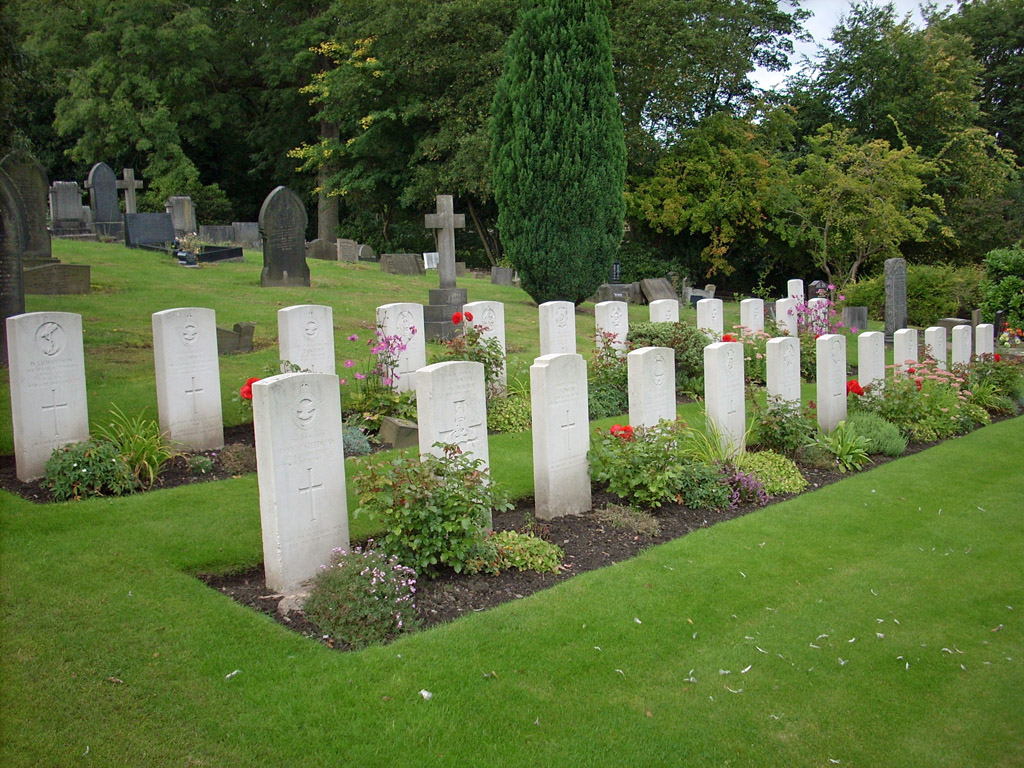 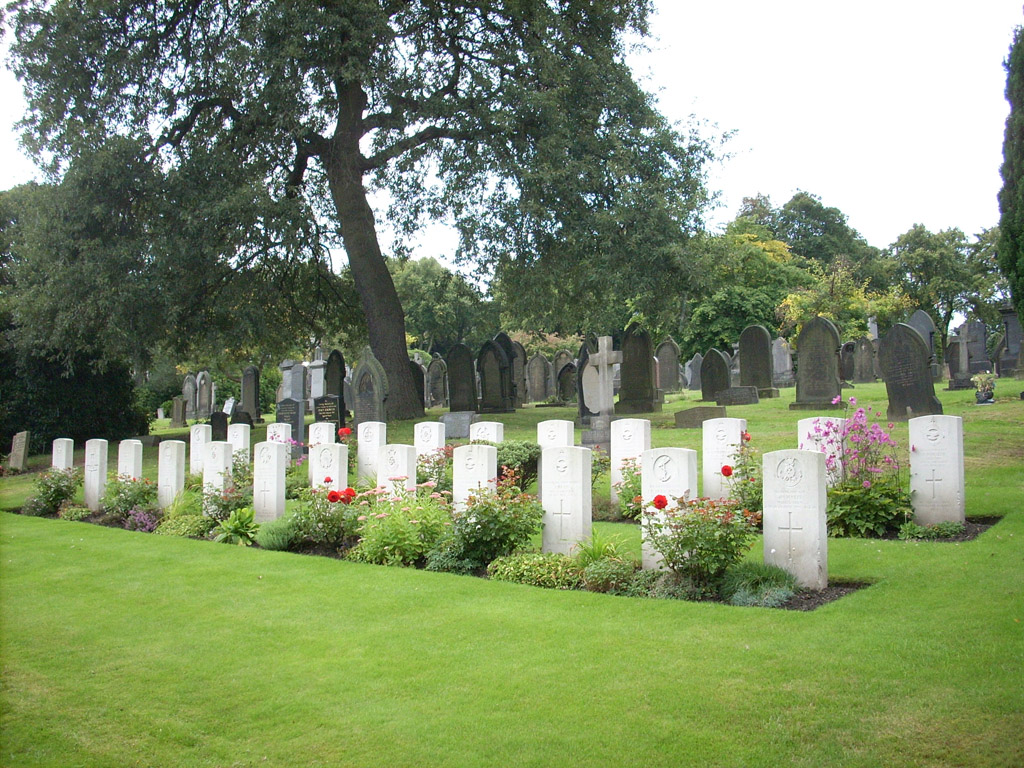 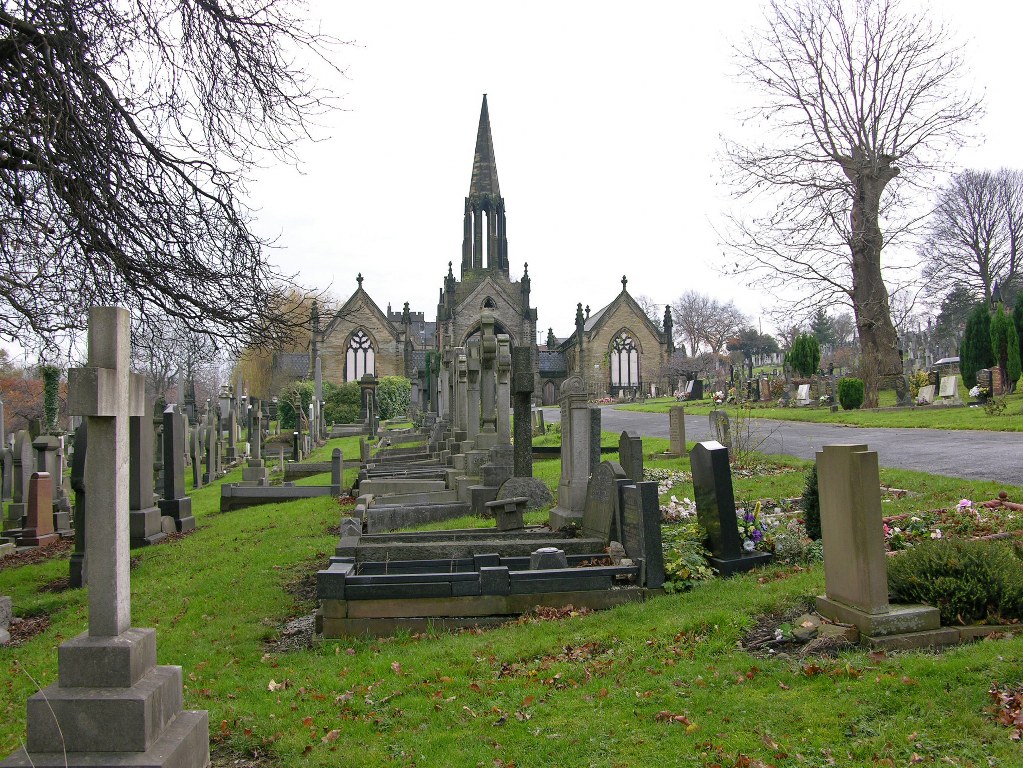 A number of the 1914-1918 War graves could not be marked by headstones, and the names were recorded on a screen wall standing immediately behind the Cross of Sacrifice. Both the Cross and the memorial wall were built of Stancliffe stone. There are 71 burials of the 1939-1945 War, of which 24 are situated in a group of war graves in Section 14 on the border of the central path - the remainder are scattered elsewhere. An ex-serviceman is also buried in the special group, whose grave has been marked by a headstone designed to harmonise with those on the war graves beside it. After the 1939-1945 War three names were added to the existing screen wall to commemorate the three servicemen buried in Lockwood (Emmanuel) Churchyard whose graves could no longer be maintained, two being 1914-1918 War burials and one a soldier of the 1939-1945 War. The panel on which the three names are inscribed, also made of Stancliffe stone, is affixed to the left hand side of the wall, and above the names are the words THESE SOLDIERS LIE BURIED IN EMMANUEL CHURCHYARD, LOCKWOOD Five burials from Lindley (Zion) Methodist Burial Ground are now Alternativly Commemorated on the Screen Wall in this cemetery.