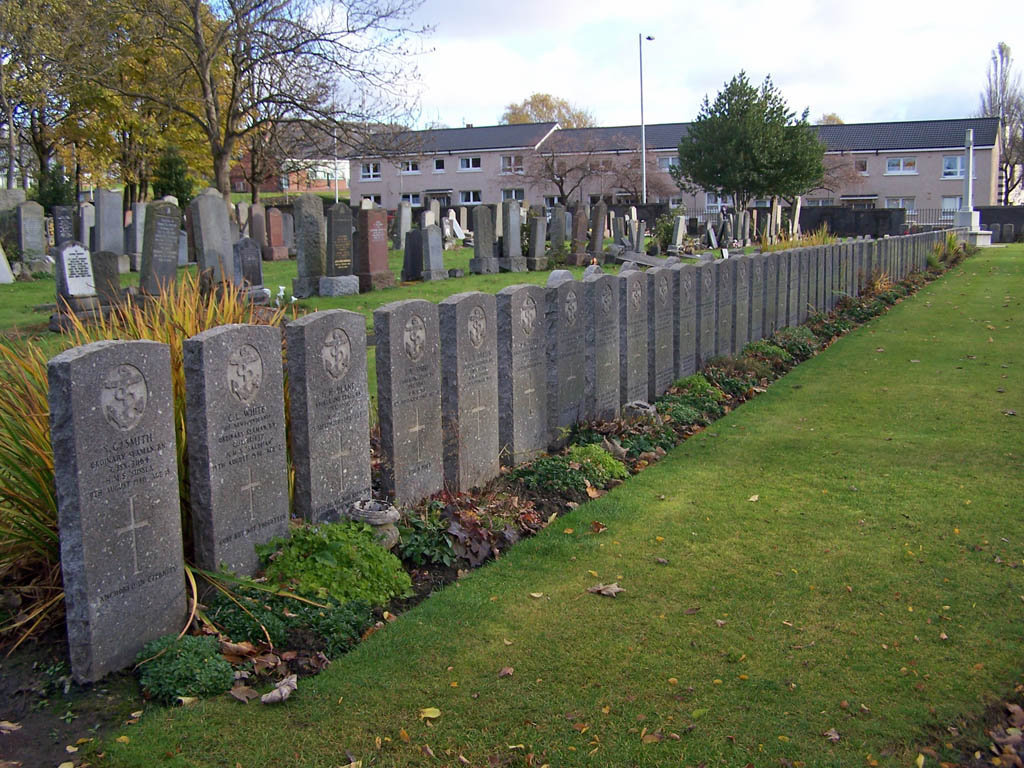 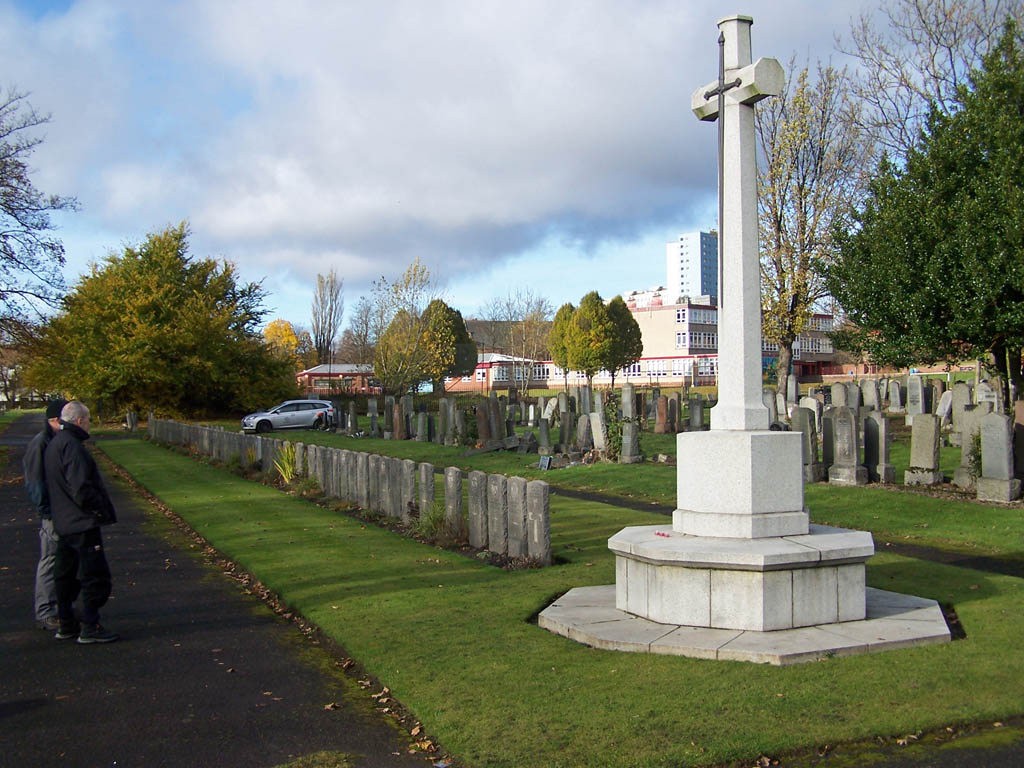 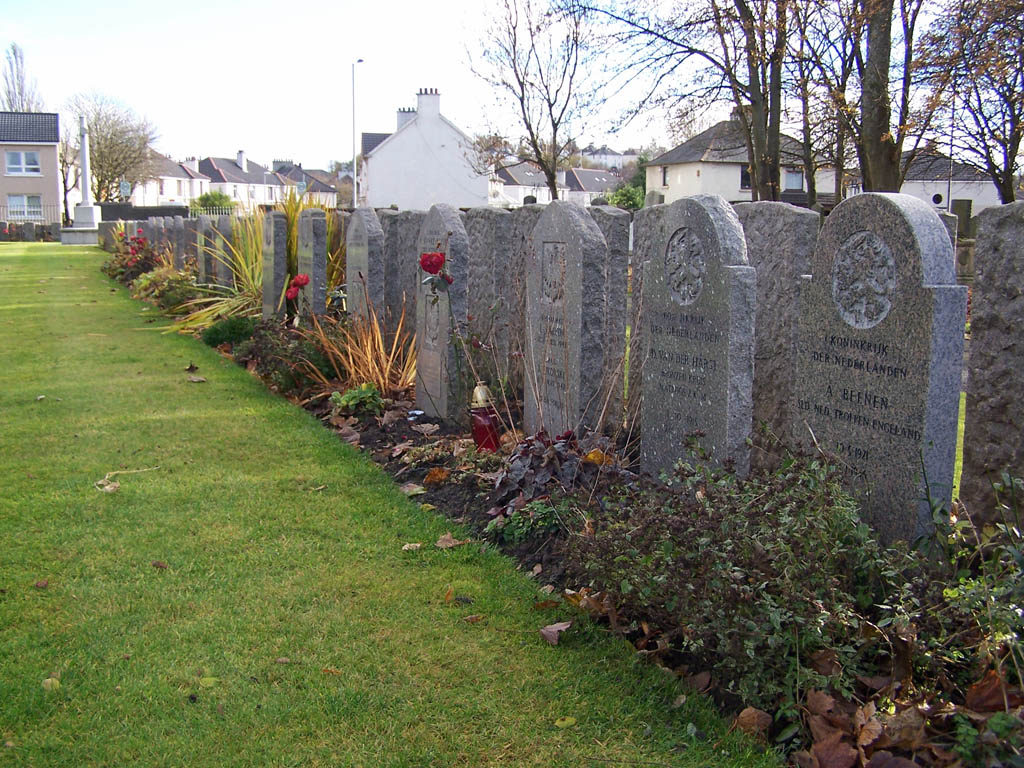 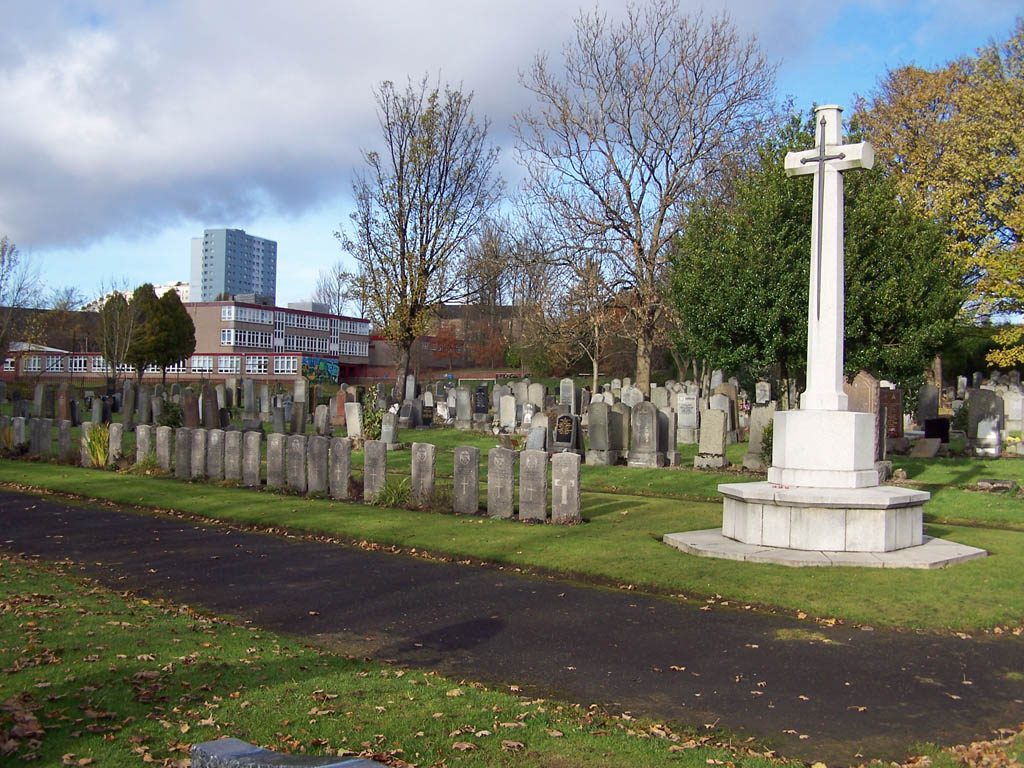 This is a large cemetery south of Glasgow City Centre By Road: From the M8 motorway take junction 25 onto A738 Berrknowles Road travelling South. At the T junction turn left onto Paisley Road West , take the second right onto Mosspark Boulevard .The main cemetery entrance is on the corner of Mosspark Boulevard and Corkerhill Road. By Public transport: Trains from Glasgow Central Station to Paisley Canal stop at Corkerhill Station. The Cemetery is a ten minute walk from the Station. Alternately bus number 45 from Union Street Central Station to Auchincairn stop on Corkerhill Road.

Glasgow (Cardonald) Cemetery contains 161 Commonwealth burials of the Second World War, including 2 unidentified seamen, a number of them forming a war graves plot in Section E. This plot also contains one non-war service burial and 38 war graves of other nationalities, many of them from the prisoner-of-war camp at Johnstone Castle, just outside Glasgow.