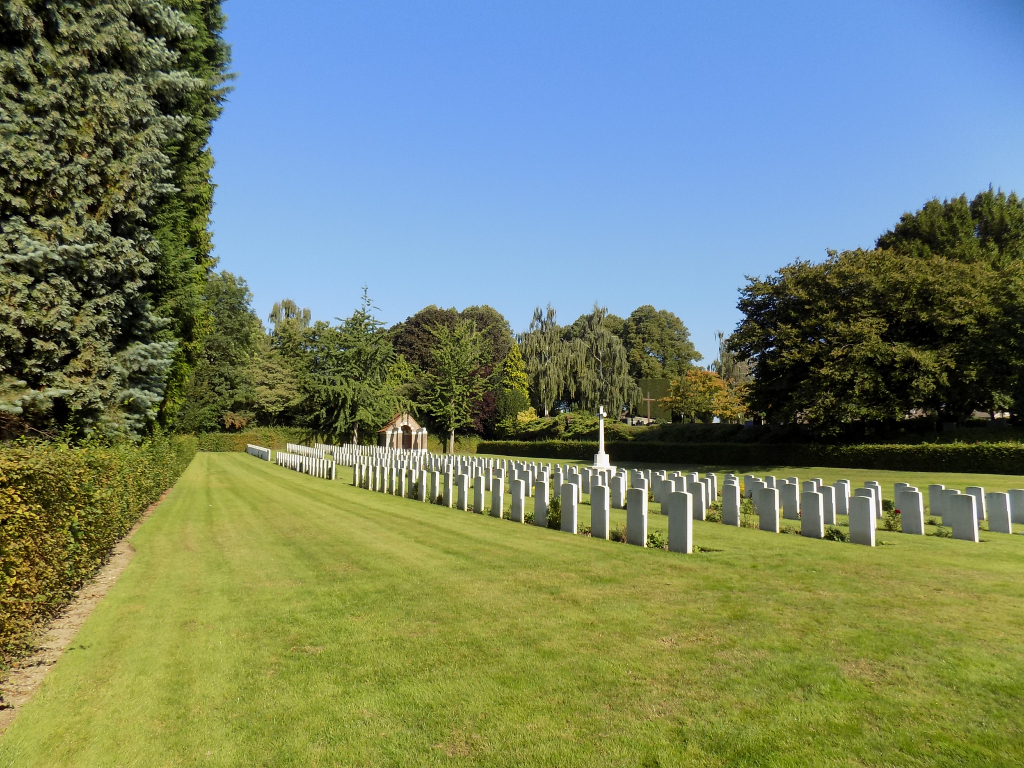 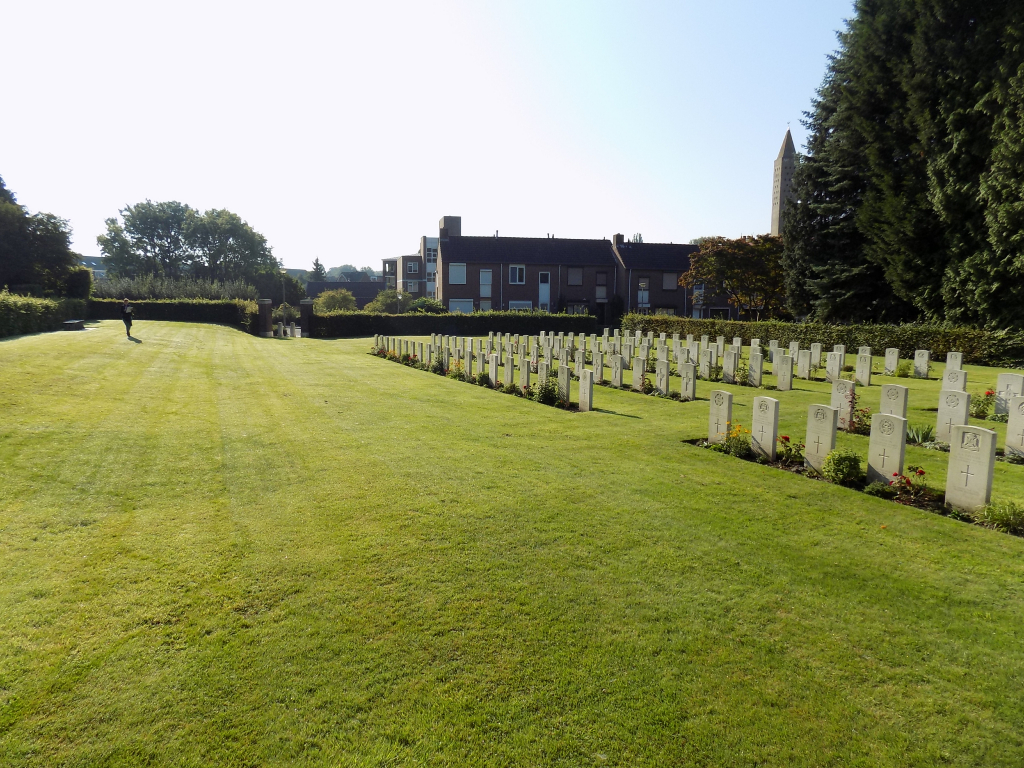 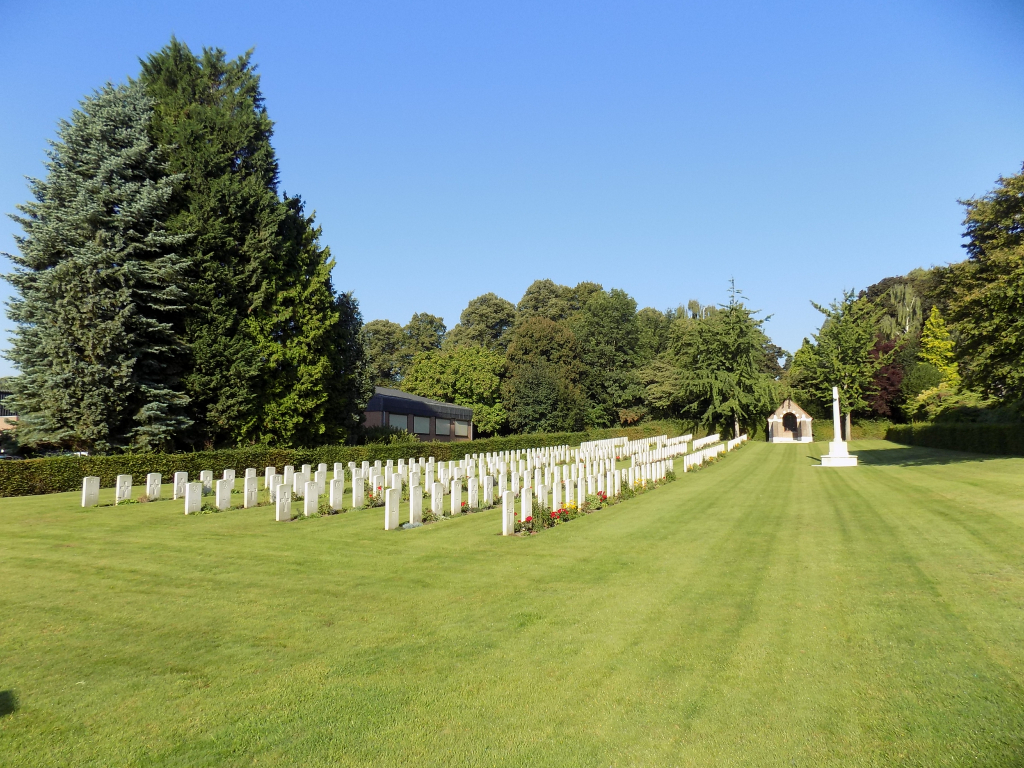 The town of Brunssum is in the south east corner of the Netherlands close to the German border, approx 30kms north east of Maastricht. From the A2 motorway Eindhoven to Maastricht take exit 48 (afrit 48) URMOND / GELEEN / STEIN. Follow direction N294 SITTARD for approx 4kms. Turn right onto N276 direction BRUNSSUM and continue for approx 10kms. Turn left onto KENNEDYLAAN direction BRUNSSUM CENTRUM (signposted Oorlogskerkhof) and continue for approx 1.3kms. Turn right at roundabout direction CENTRUM onto MERKELBEEKERSTRAAT and after approx 200m turn left onto HEUFSTRAAT (CWGC sign) The cemetery is approx 100m on the left. The cemetery address is:- Heufstraat 6441 TX Brunssum Netherlands GPS Location is:- N 50 57 05 E 05 58 16

Brunssum was liberated in September 1944 by U.S. forces; they were shortly afterwards followed by the British 43rd (Wessex) Division, who made their headquarters in the town, and in turn were succeeded by the 52nd (Lowland) Division. The first burials in the cemetery were made by an Advanced Dressing Station and a Casualty Clearing Station which were situated at Merkelbeek in November 1944 when the 43rd Division were engaged in clearing a triangle between the Rivers Roer and Maas. Later, other casualties were all brought back and buried in the same place; they included fifty men who were killed while clearing mines on the German border at the beginning of January 1945. Operations in the Geilenkirchen sector accounted for a great part of the casualties buried here. There are over 300 1939-1945 burials in this cemetery, they are made up entirely of soldiers of the British Army, of whom 1 remains unidentified.