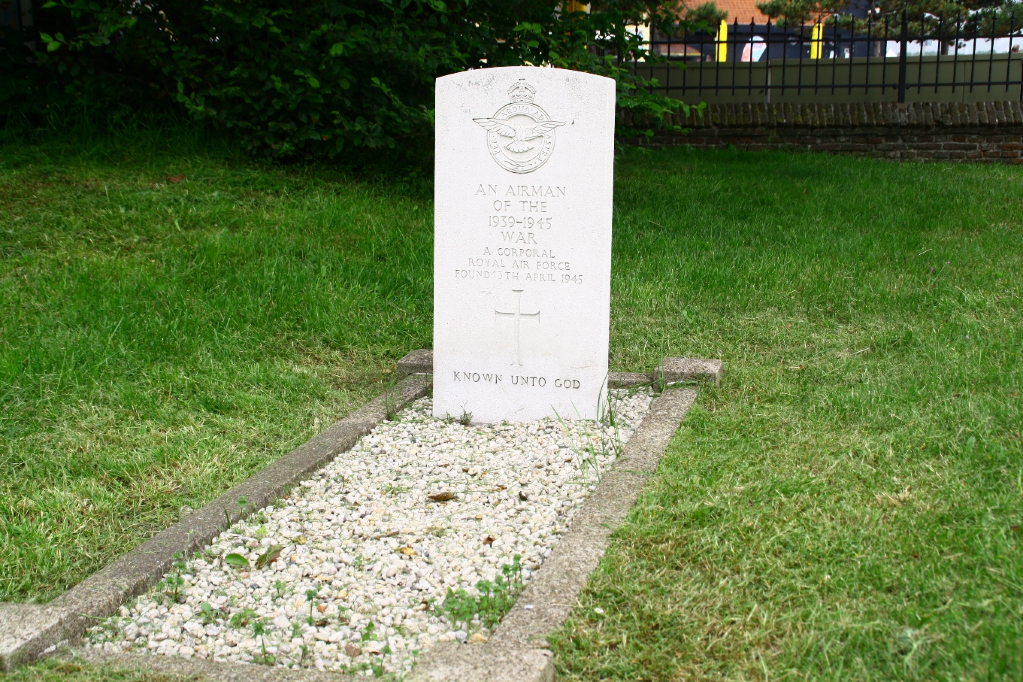 Wijk-aan-Zee, a coastal village 4 kilometres west of the town of Beverwijk, is 16 kilometres north-north-west of Haarlem. The churchyard surrounds the church, which is in the centre of the village in the square called Julianaplein. In its north-eastern part is the grave of an unidentified airman, who belonged to the Royal Air Force, found on 13th April 1945.