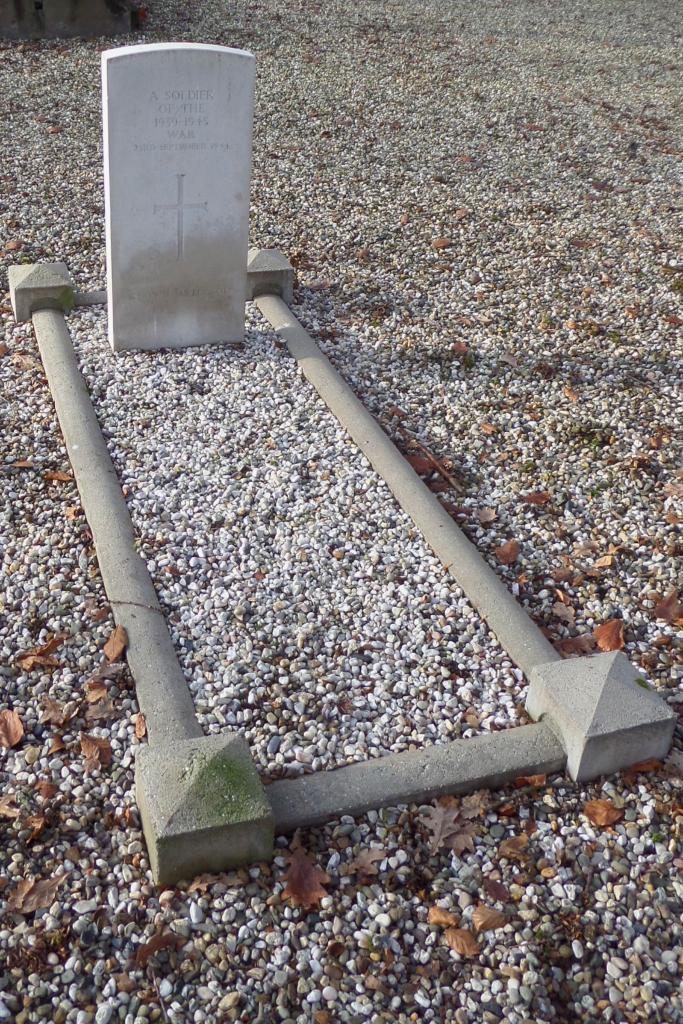 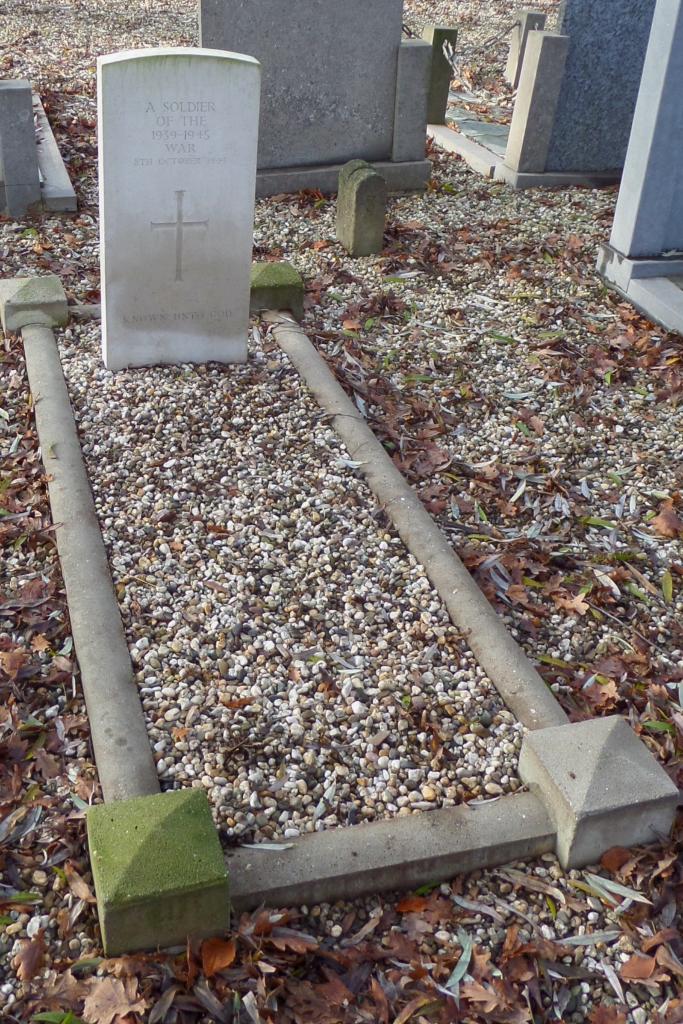 Kesteren is situated 24 kilometres west-south-west of Arnhem and 4 kilometres south of Rhinen, on the south side of the Neder Rhine. Odheusden, a village administered by Kesteren, is under 3 kilometres east of it. The cemetery is on the south-eastern outskirts of the village, on the western side of the road to Doodenaard. Two soldiers from the United Kingdom are buried in this cemetery, both unidentified. One grave is south of the southern entrance; the other is north of the northern entrance.