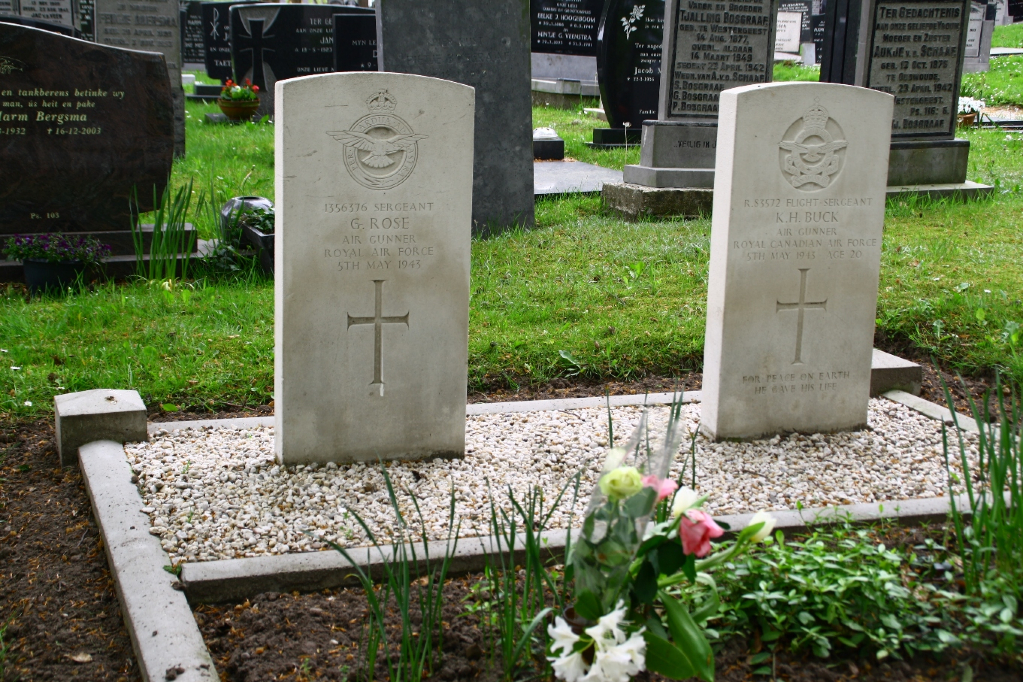 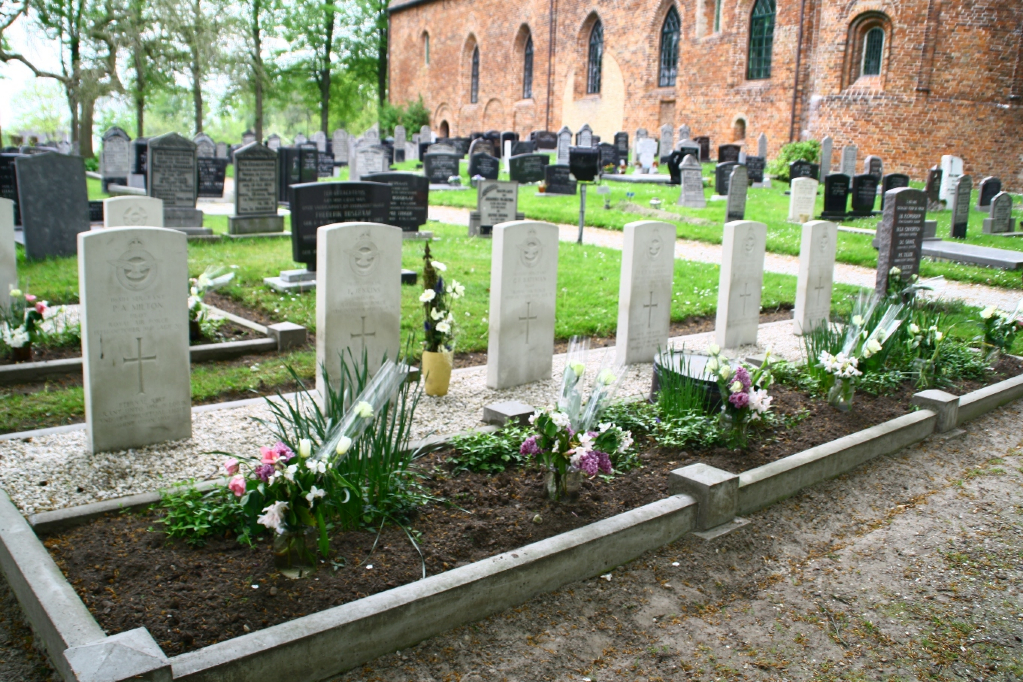 Westergeest, one of the villages administered by Kollumerland, is 28 kilometres north-east of Leeuwarden and 10 kilometres south-east of Dokkum. It lies 9 kilometres east of the main road between the two. The churchyard surrounds the church in the centre of the village, and in its south-eastern part are the graves of eight airmen, seven from the United Kingdom and one from Canada.