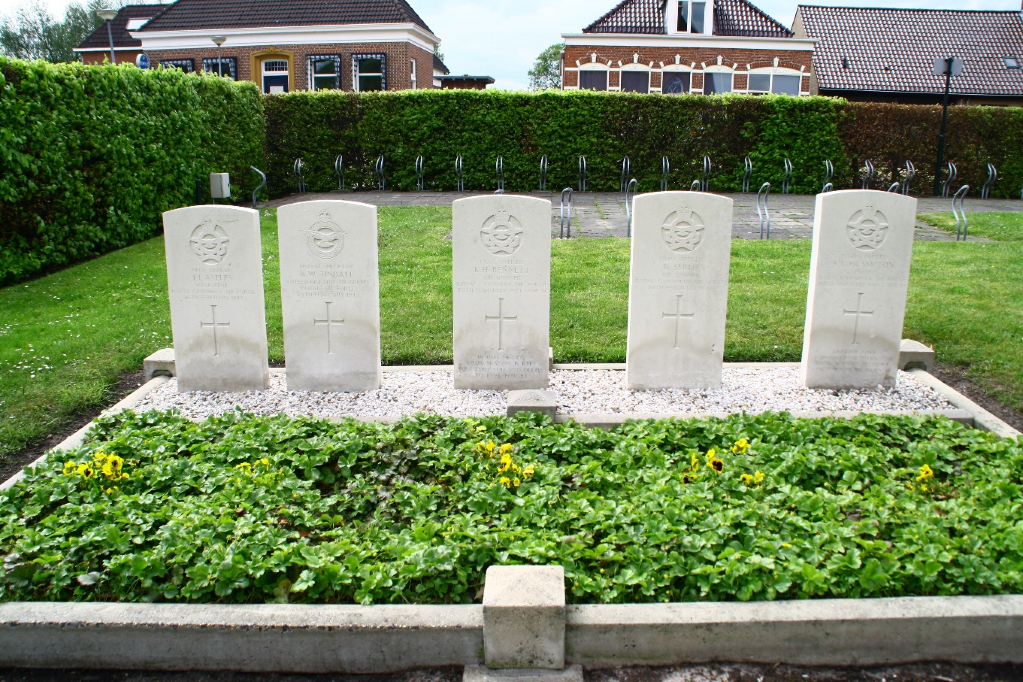 Kropswolde, under the administration of Hoogezand-Sappemeer, is a village situated 15 kilometres south-east of Groningen on a minor road to Zuidlaren. The churchyard surrounds the church, which stands in the centre of the village. The graves are in the south-western corner.

Commonwealth forces suffered some casualties when the Netherlands fell to the Germans on 14 May 1940, but between then and the Allied return in September 1944, many airmen were shot down or crashed in raids on strategic objectives in the Netherlands, or while returning from missions over Germany. They now lie buried in cemeteries and churchyards all over the country. Hoogezand-Sappemeer (Kropswolde) Protestant Cemetery contains the graves of five Commonwealth airmen of the Second World War.