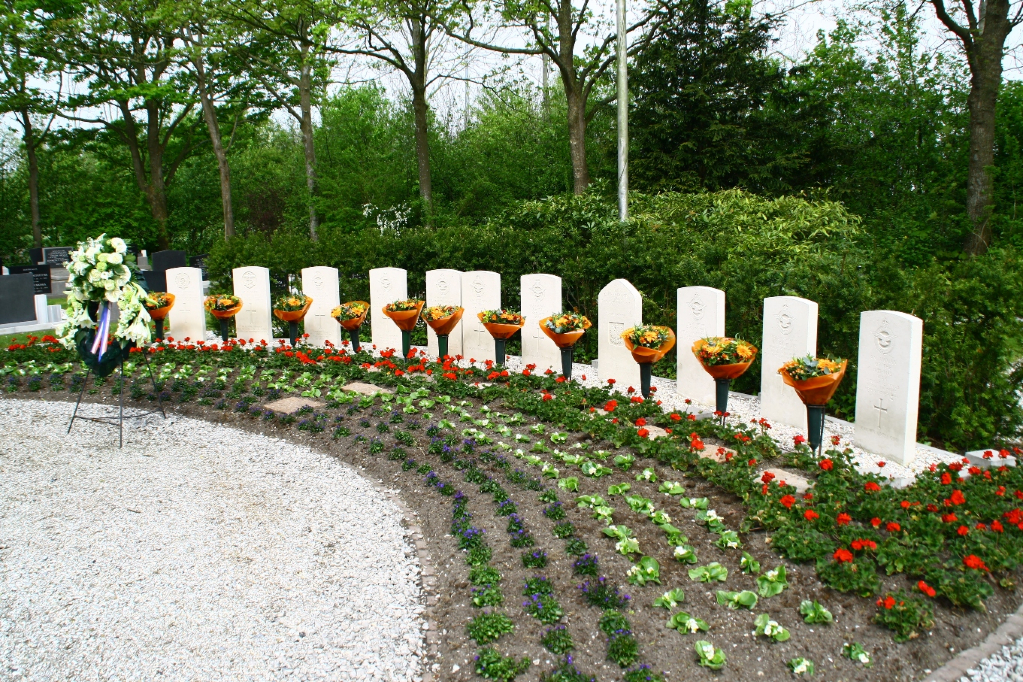 Ulrum is 34 kilometres north-west of Groningen, about 4 kilometres from the coast. From Ulrum follow along Leensterweg in the direction of Kiekerk. The cemetery is on the left just past the end of village sign. The Commonwealth war graves are grouped in a pelouse d'honneur created by the local authorities, in a prominent position in the northern part of the cemetery.

Ulrum General Cemetery contains ten Commonwealth burials of the Second World War, eight of them airmen. Three of the burials are unidentified. One Polish airman is also buried in the group.