There is the potential for attacks in the vicinity of the cemetery. All visitors are strongly advised to take care and not carry valuables or leave them on display in vehicles. Parking is available on the side of the road. 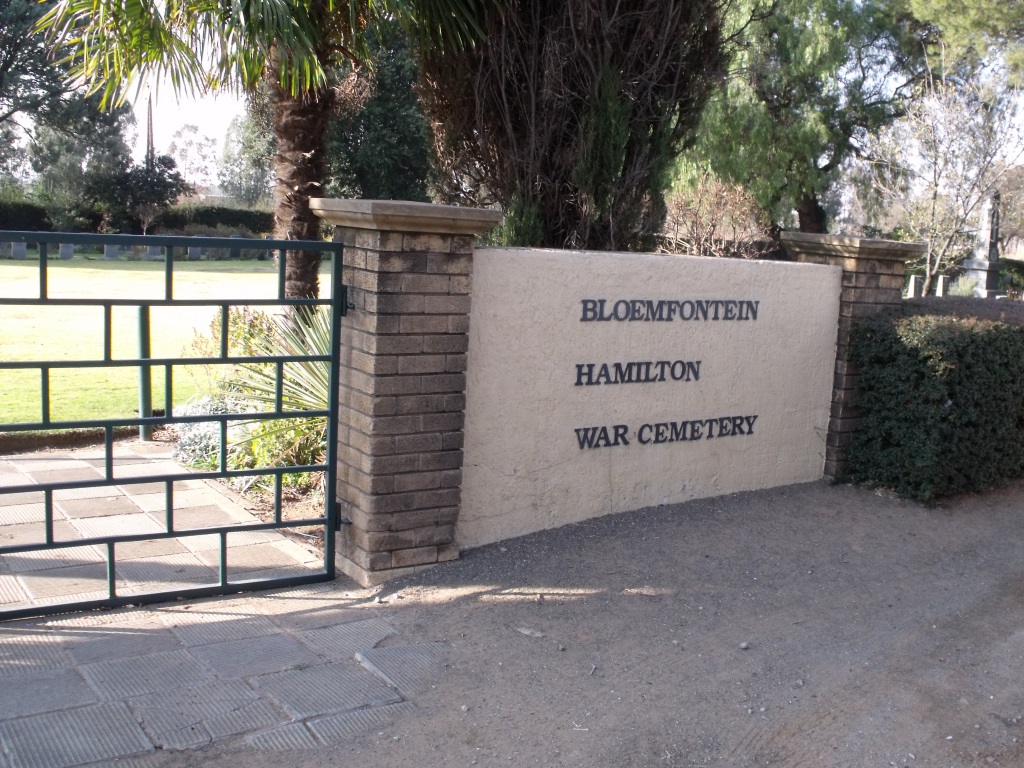 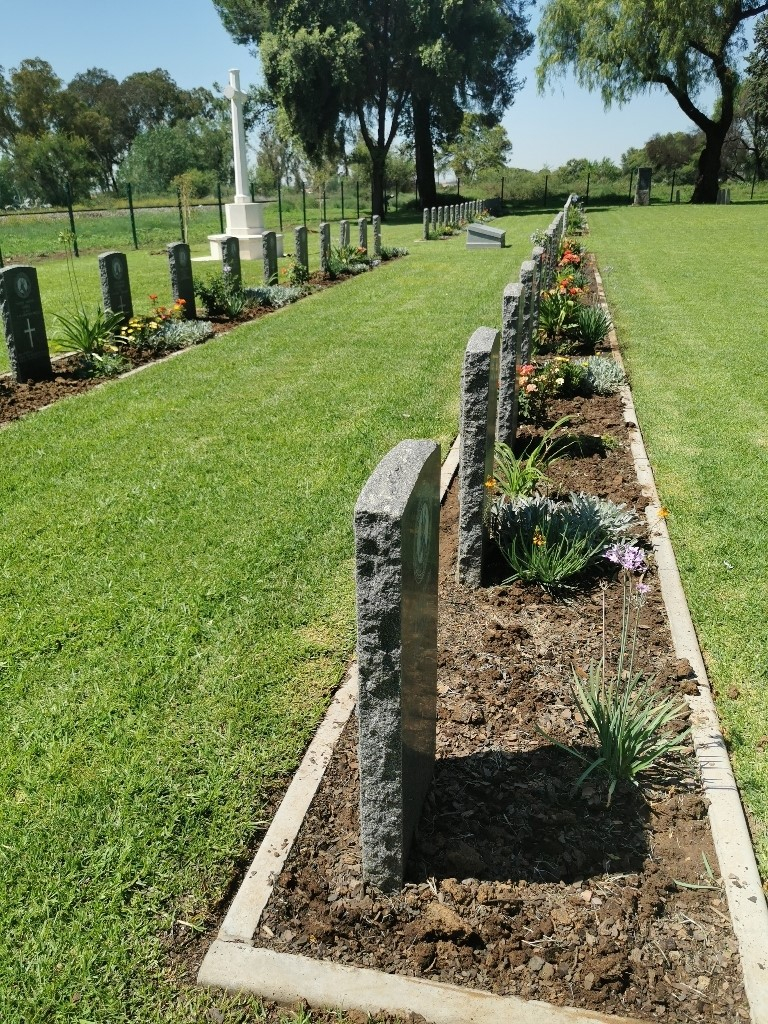 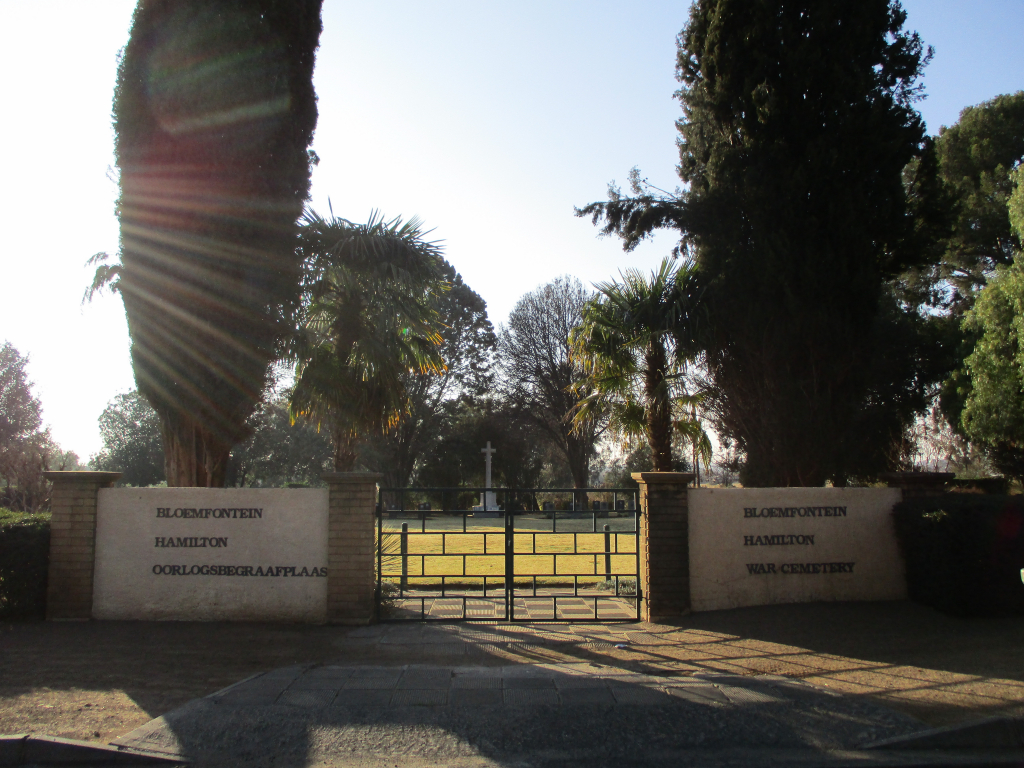 This cemetery lies directly opposite the "In Memoriam" cemetery, (originally the Municipal) which is situated to the South-West of the city, and is separated from it by a public road.

An attractive entrance feature, erected in October 1982, gives access to an open area which has a Cross of Sacrifice in its middle, eastern sector. There is the potential for attacks in the vicinity of the cemetery. All visitors are strongly advised to take care and not carry valuables or leave them on display in vehicles.

During the Second World War, a military hospital was established in the Tempe Military Camp, which also housed the headquarters of the Orange Free State Command. Numbers 27 and 62 Air Schools were operated from the Bloemspruit Aerodrome very close to the city, where training was carried out under the Empire Air Training Scheme.

Bloemfontein (Hamilton) War Cemetery contains 62 Commonwealth burials of the Second World War. 29 of the burials are of South African Army personnel who were originally buried in the vast areas of the old non-European cemetery which became unmaintainable. Their remains were brought into the cemetery in the early 1970s. In addition, in 2005, the graves of 11 First World War casualties were removed to this cemetery from Rooidam Native Cemetery and a further 10, whose graves could not be found, are now commemorated on special memorials in this cemetery.