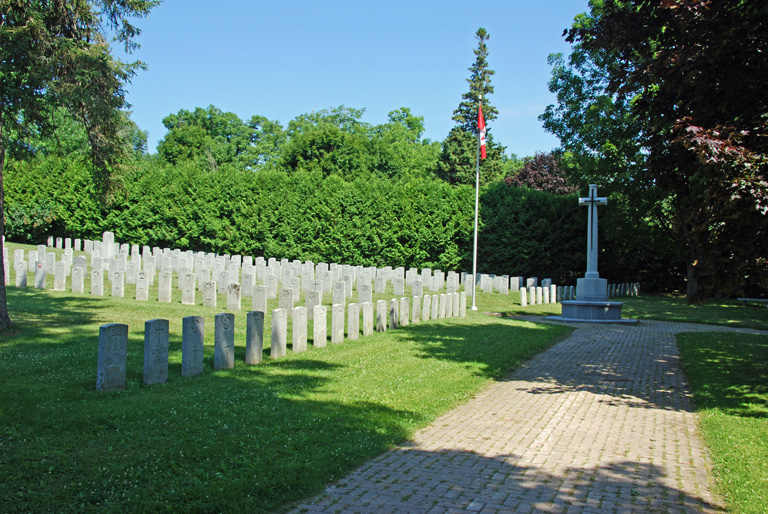 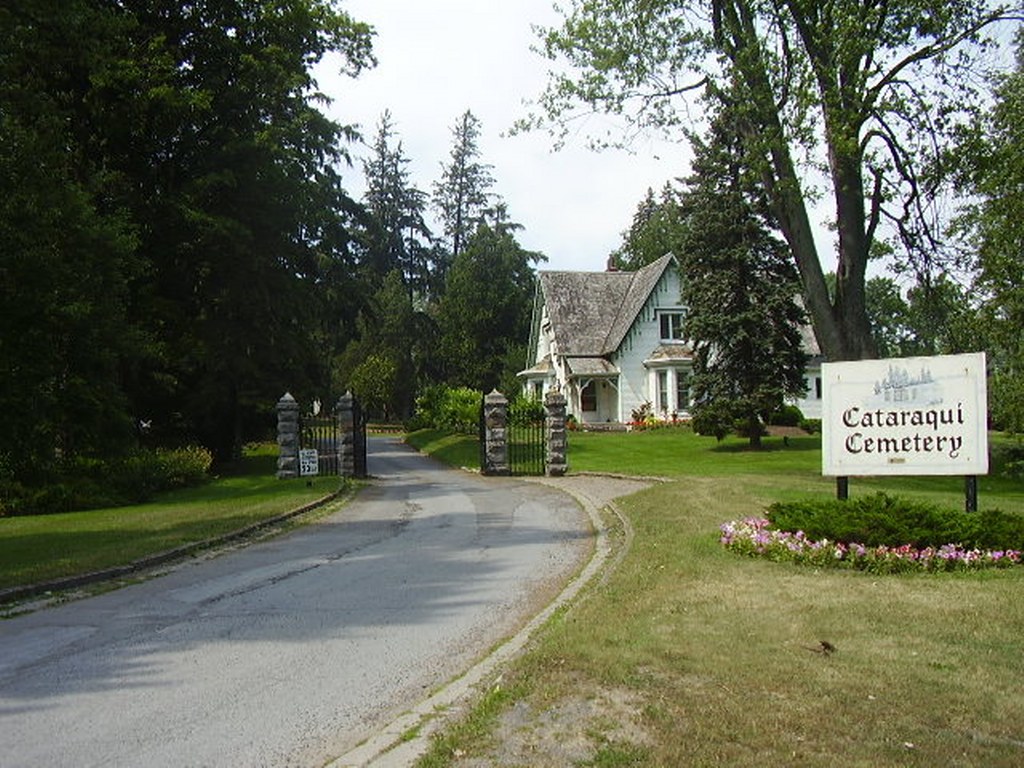 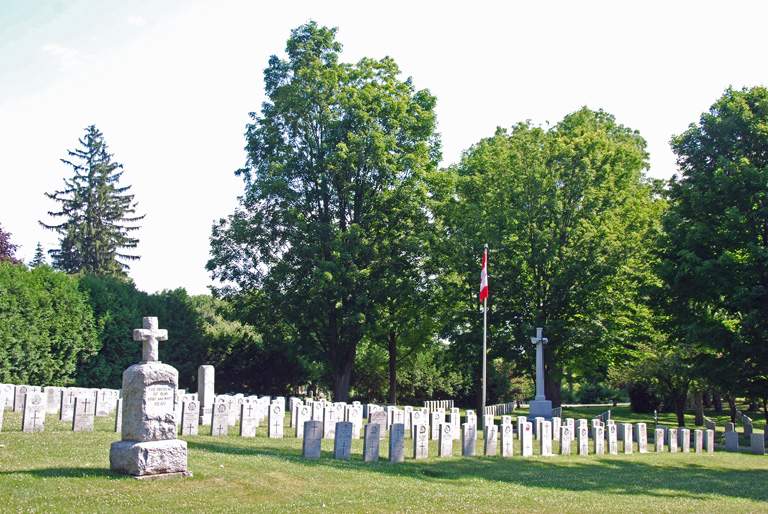 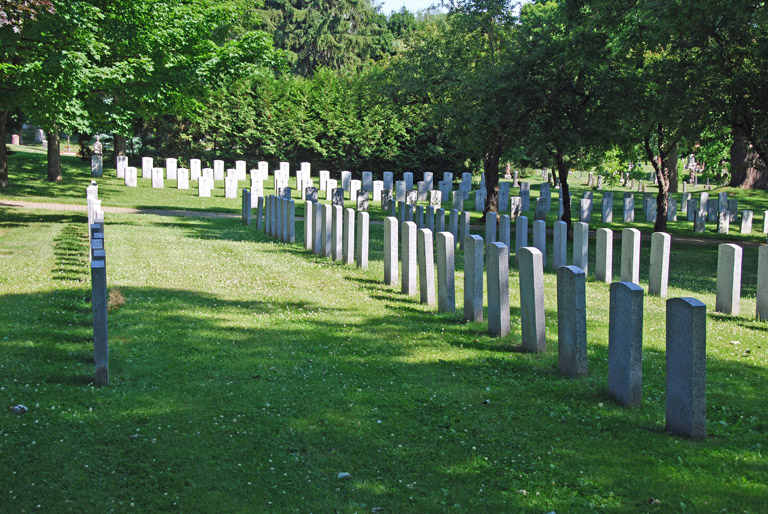 Access by car Highway 401 and exit at Sydenham Road South. Turn left onto Princess Street (Highway 2), then turn left at the next stop light. The cemetery is on the first left on Counter Street across from the J. Reid Funeral Home.

The cemetery grounds are open daily for visitation from dawn to dusk. The on site cemetery office is open Monday to Friday, from 9:00 a.m. to 4:00 p.m.

The Royal Military College of Canada for the training of officers was established at Kingston in June 1876, but during the war, from the summer of 1942 onwards, did not operate as a cadet college. The buildings were used for a considerable variety of special instructional courses.

This Cemetery is owned by the Cataraqui Cemetery Company and is on the western outskirts Of the city. It contains war graves of both world wars. The 1914-1918 burials number 61 and thirty nine of the graves are in the War Plot.

The 1939-1945 War burials total 84. After the war a Cross of Sacrifice was erected in the cemetery in honour of the Commonwealth servicemen who rest there.