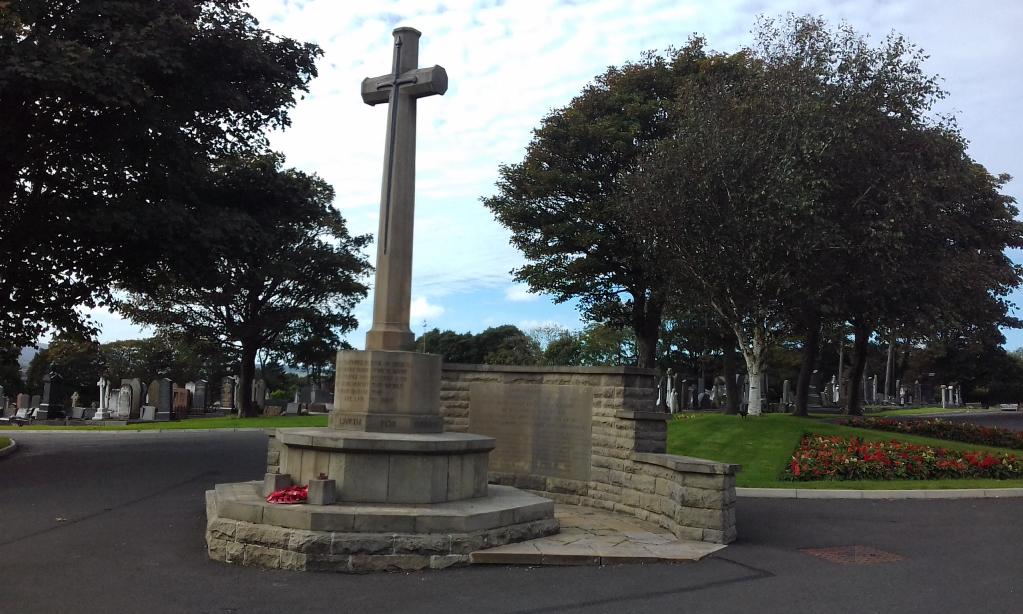 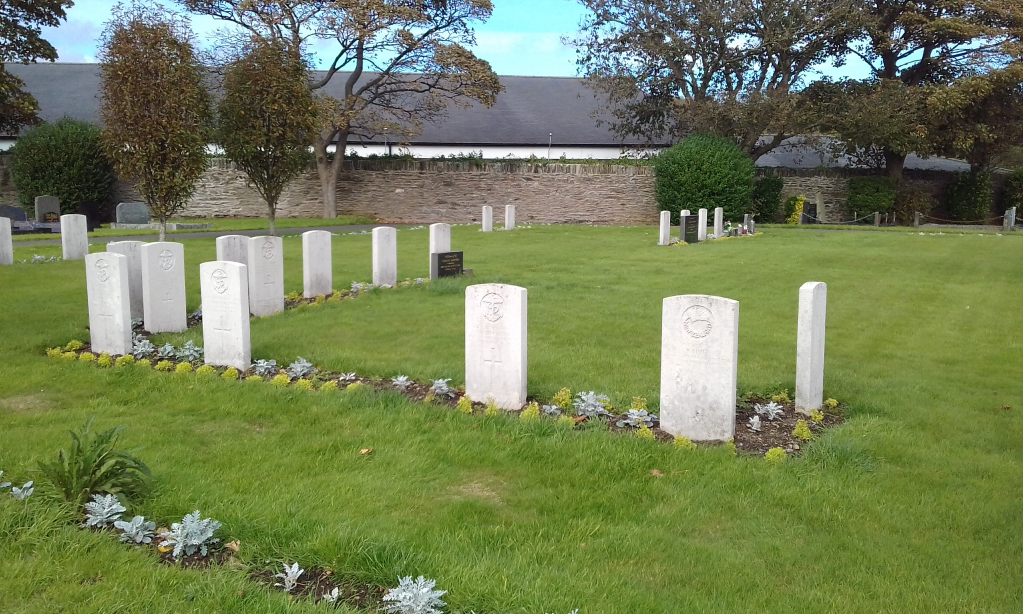 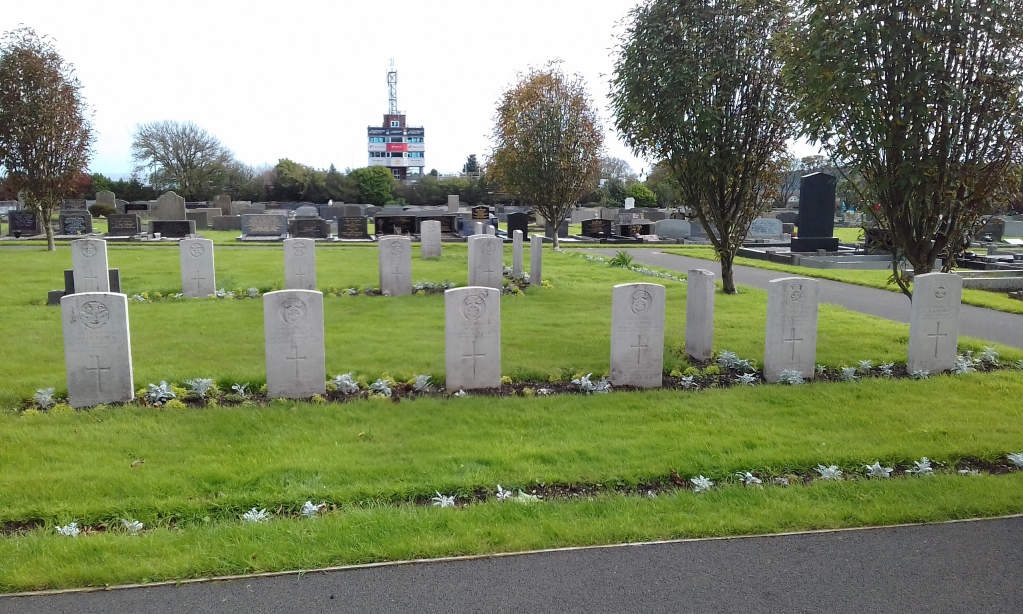 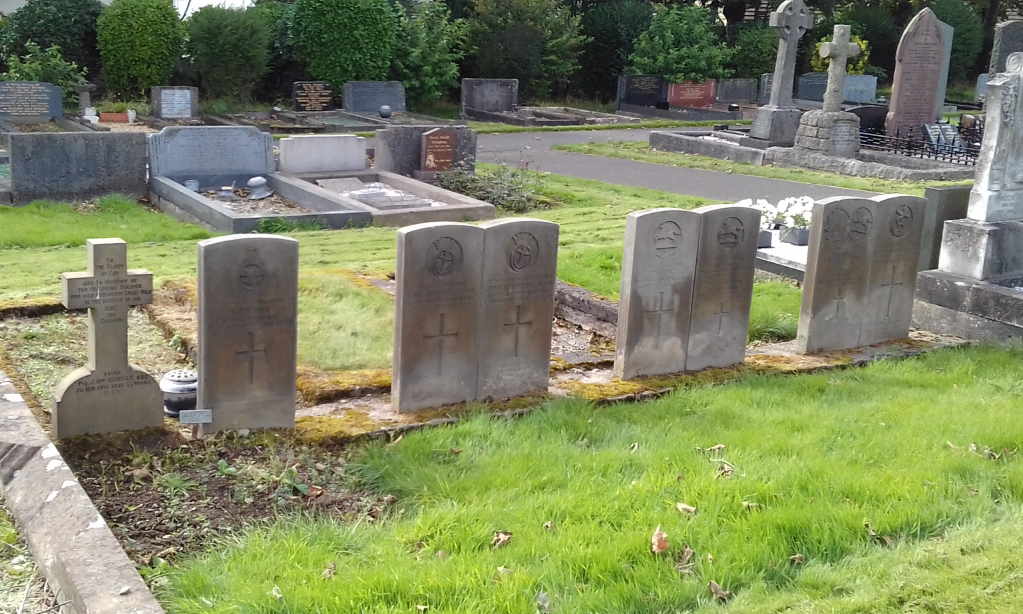 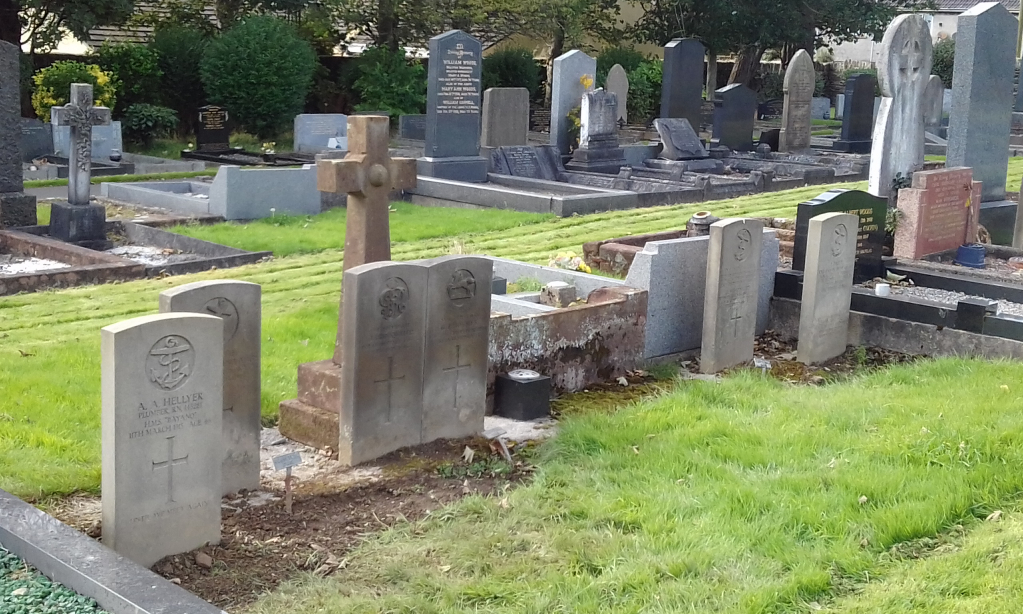 Douglas, the capital of the Isle of Man, is situated on the east coast of the Island on Douglas Bay, 70 miles distant from the port of Liverpool. The cemetery lies on rising ground 270 feet above sea-level about a mile inland and a mile and a half north of the railway station. It was established under an Act of Tynewald of 1895. It covers nearly nine acres and is the property of Douglas Corporation.

There are 49 Commonwealth burials of the 1914-18 war here, including 3 unidentified sailors of the Royal Navy. After the 1914-1918 War a Cross of Sacrifice and a Screen Wall, built of Standiffe stone, were erected on the western corner facing the main entrance. These constituted a central war memorial for the Isle of Man, the number of war graves in this and other burial grounds on the Island being recorded on a panel set in the screen wall. The Cross of Sacrifice standing before it bears the inscription: "THEIR NAME LIVETH FOR EVERMORE".

At the beginning of the 1939-1945 War certain grave spaces were set aside by the local authorities in Block NF in the northern part of the cemetery for service war burials, and this group now contains 25 war graves. The remainder are scattered in various parts of the cemetery. The total number of Commonwealth burials of the 1939-1945 War is 61. Four of the Merchant Navy Seamen lost their lives while serving on the British Merchant Vessel Maja of London, and their bodies were recovered from the sea in January 1945. There are a further 28 war burials of Foreign Nationals here.