Please note due to the current circumstances this site is closed until further notice. 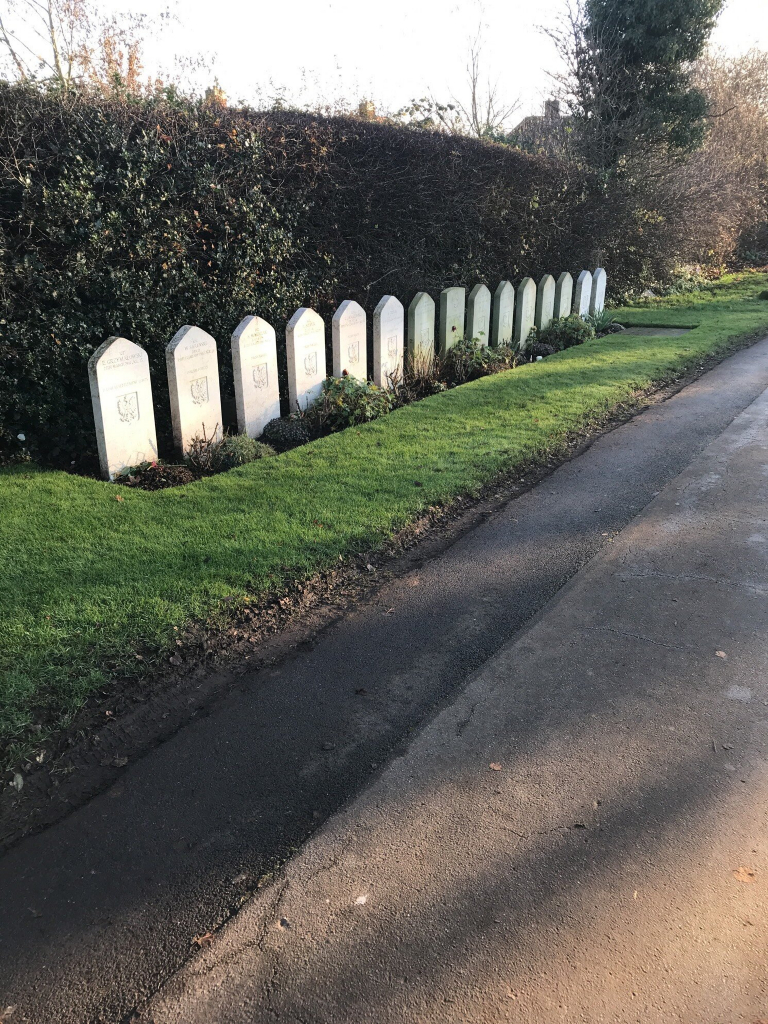 Hucknall lies eight miles northwest of the City of Nottingham. This cemetery is about a quarter of a mile east of Hucknall Central Station, and contains war graves of both world wars.

The 1914-1918 War burials number 21. During the 1939-1945 War there was a Royal Air Force station at Hucknall, and a plot in the north-eastern part of the cemetery was set aside by the responsible authorities for service war burials. Although this was not generally used there is a group of fifteen graves in this section. The remainder are in various parts of the burial ground. The total number of 1939-1945 War burials is 34, and is made up by 9 soldiers and 12 airmen belonging to the forces of the United Kingdom and 13 Polish airmen.