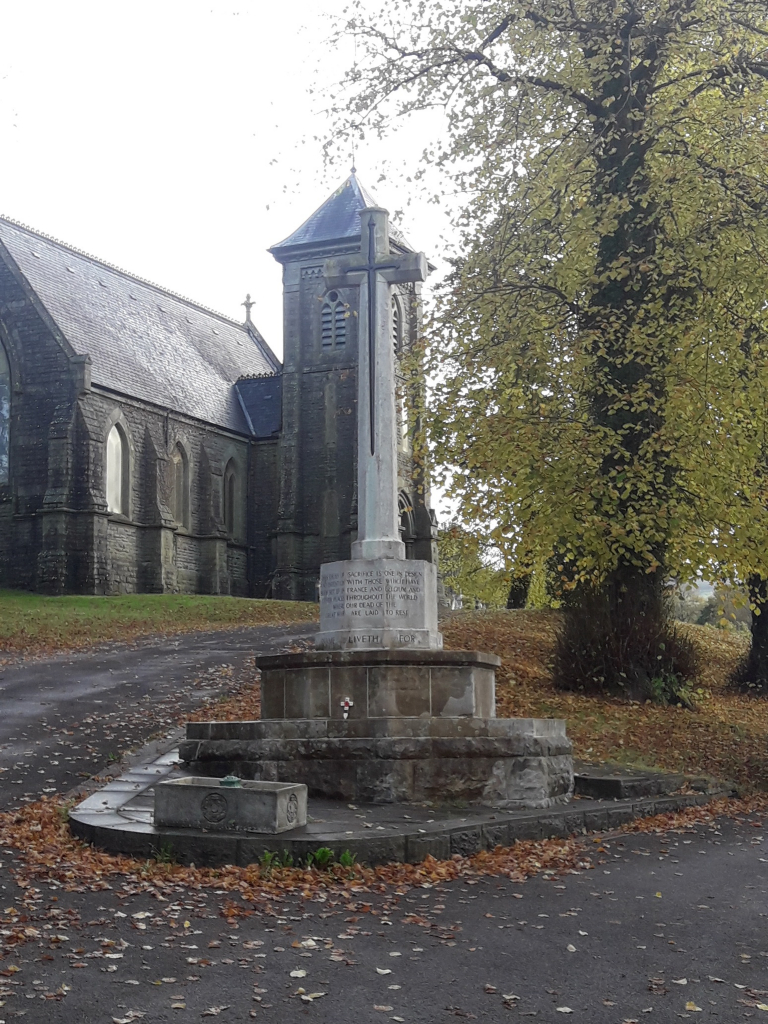 Rhondda, formerly known as Ystradyfodwg, is seven miles north-west of Pontypridd, where the river Rhondda, flowing through the Rhondda Valley, meets the river Taff. It was a coal-mining district in a heavily industrialised area, and during the early part of the 1939-1945 War was heavily raided by enemy aircraft. Trealaw Cemetery, belonging to the Rhondda Urban District Council, is on the road from Porth to Treherbert.

This cemetery was opened in 1881 and contains war graves of both world wars. The burials of the 1914-1918 War are scattered in various parts of this large cemetery, and shortly after the First World War a Cross of Sacrifice was erected at the cemetery entrance.

The service men and women who died during the 1939-1945 War and were buried here also lie scattered throughout the cemetery.