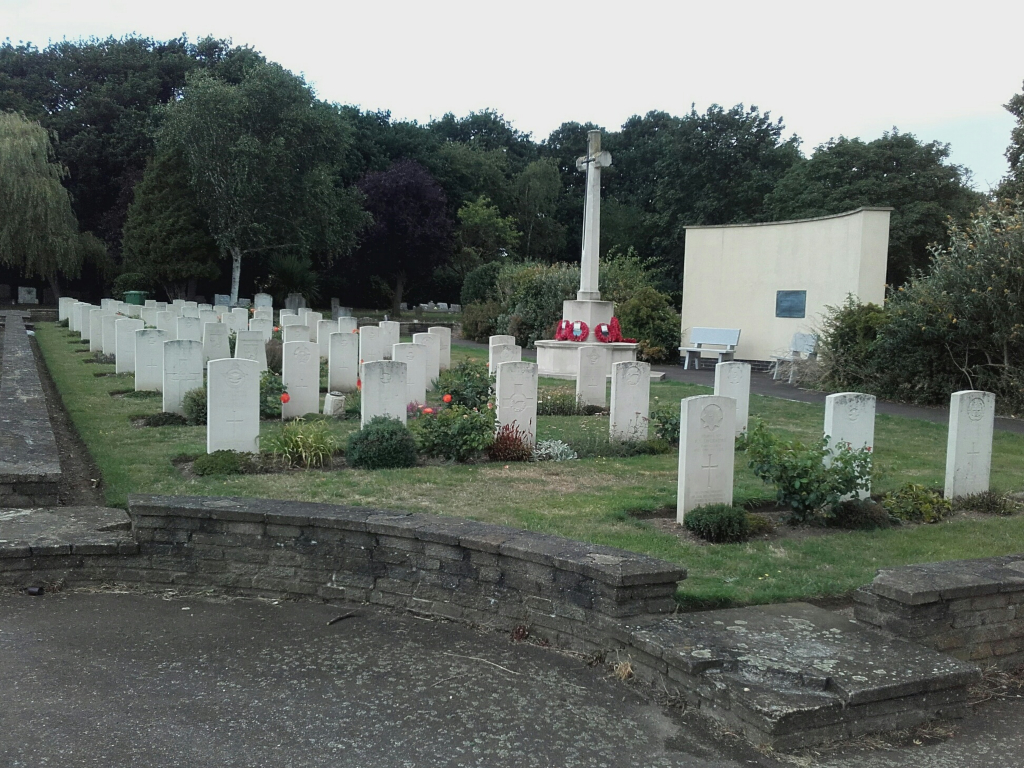 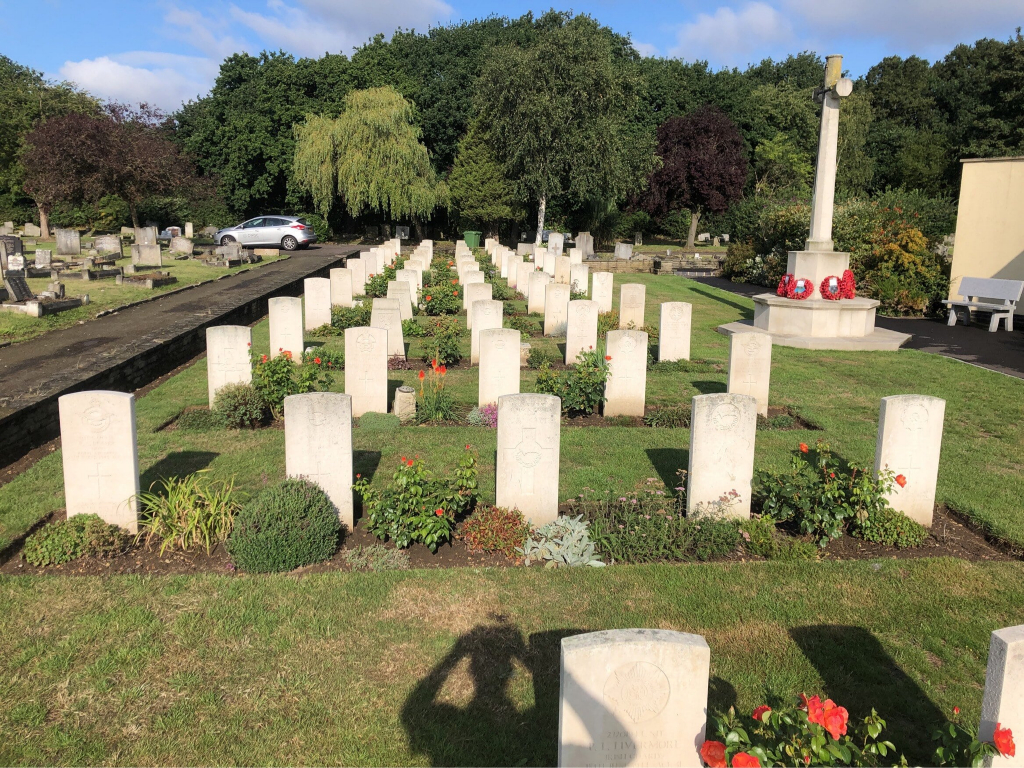 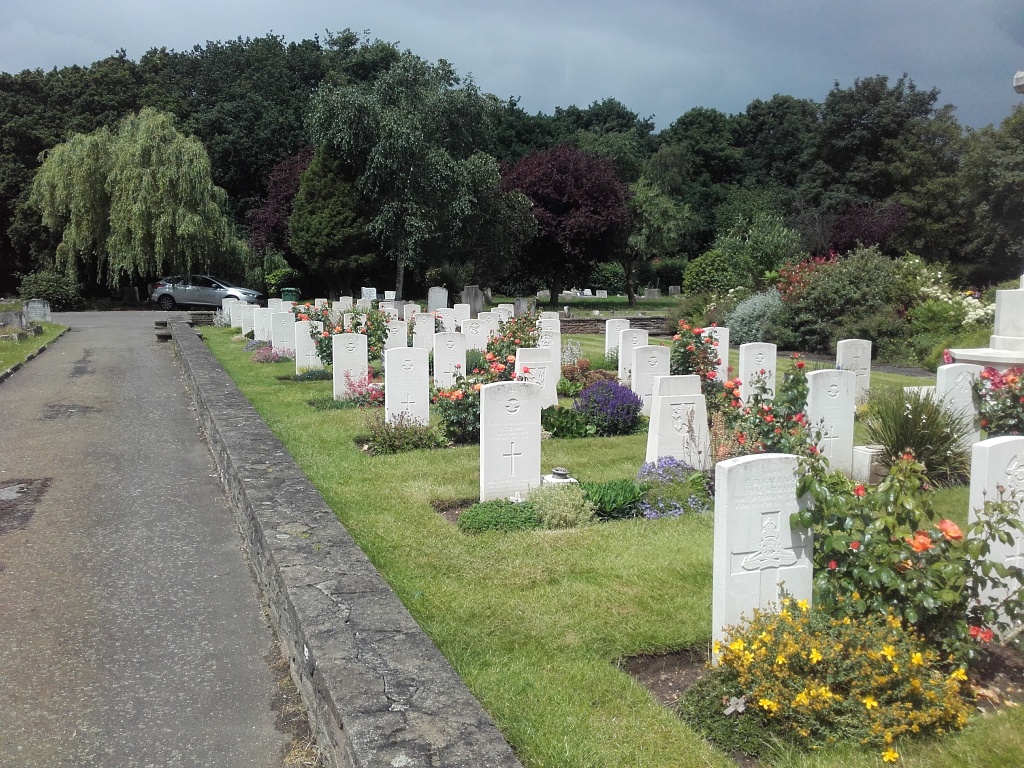 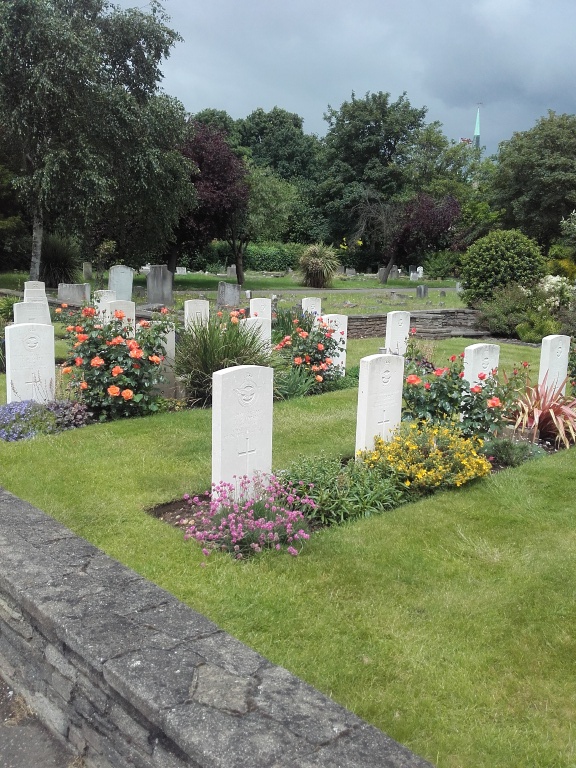 The cemetery was opened by Hornchurch Urban District Council in 1932. During the early months of the war a portion of ground in Section A was set aside by the Urban District Council specially for service war graves. This is now the War Graves Plot and contains 58 graves, the rest being scattered in various parts of the cemetery. Immediately adjoining it, at the rear, the Council have created a Garden of Rest as a memorial to the servicemen buried in the cemetery, with a bronze memorial panel set in a bay in the low boundary wall, which they extended to enclose also the plot of graves. The Cross of Sacrifice stands near the graves between flower beds, with the bay containing the memorial panel as a background.

The Commission maintains 105 war graves and 4 non-war graves in this cemetery. Many of the airmen came from the R.A.F. Station at Hornchurch, one of the Battle of Britain stations.