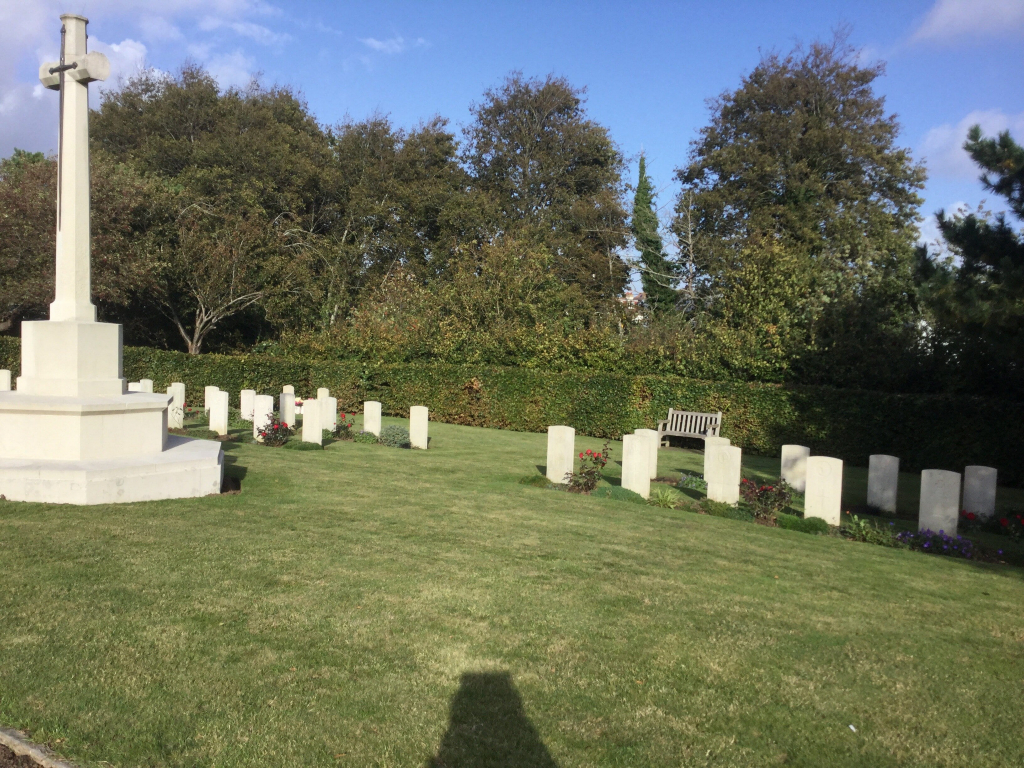 During the early months of the 1939-1945 War a piece of land in Block 1 on the eastern boundary was set aside by the Borough Council for service war burials. This became the War Graves Plot and contains 37 war graves, the remainder being scattered elsewhere. The total number of 1939-1945 War burials is 67. They include 13 sailors, 29 soldiers and 24 airmen, all belonging to the forces of the United Kingdom, and one airman belonging to the Royal Canadian Air Force. Just within the entrance to the War Graves Plot stands the Cross of Sacrifice, facing a broad pathway leading to an oak seat within a recess. The graves are grouped on either side of this central path in a wide expanse of lawn.